Gavi and the dangers of flattery

June comes down with little flow, just the trickle of the League of Nations, a diversion that does not call for enthusiasm. 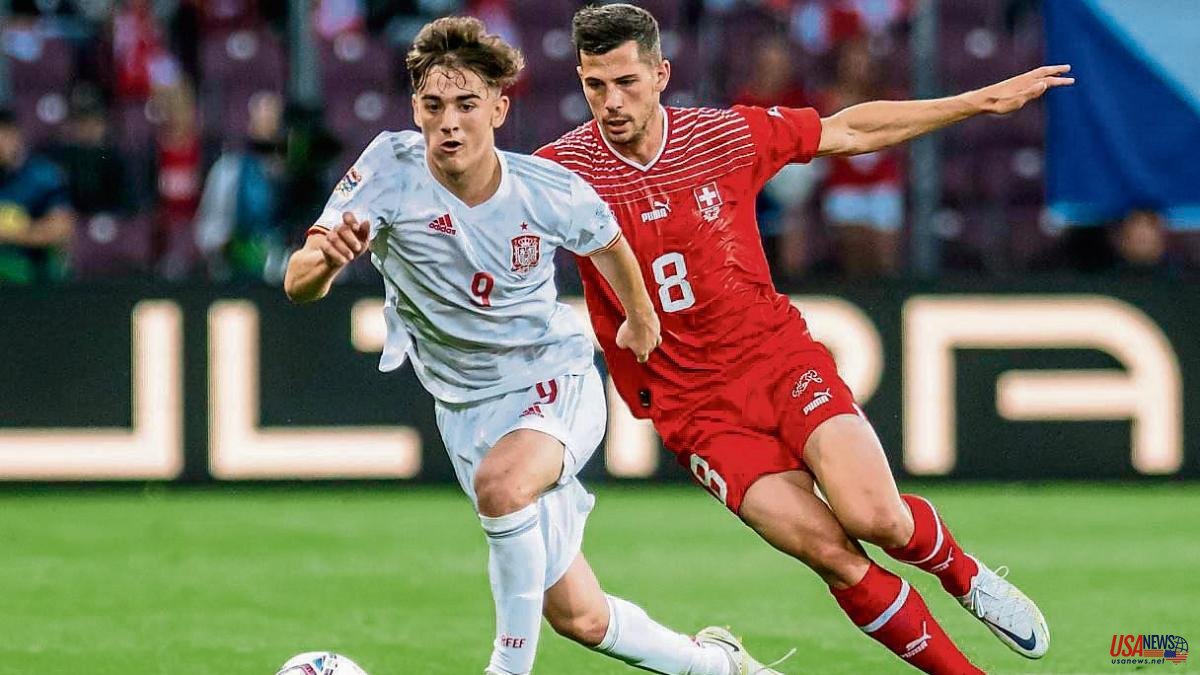 June comes down with little flow, just the trickle of the League of Nations, a diversion that does not call for enthusiasm. After a season that has brought back much of its pre-pandemic turmoil, this competition is just as exciting as the old summer tournaments. It serves the federations to collect, the selectors to take the temperature of the footballers and the players to spend the last energies they have left. They all look tired except Gavi, who is a spinning rotor.

Gavi plays every match as if it were the last of his life. Among all his qualities, his verve stands out, which at this point in the season stands out even more. In the Spanish team there are signs of physical and mental exhaustion, more or less like the rest of the teams. They navigate the competition with hesitant and weary steps. He pitied France in their match against Austria, or England against Hungary. He does not convince Germany and Belgium goes from zero to infinity in four days. In any case, nobody gets upset in the League of Nations, a tournament that does not fire coaches.

Media attention in Spain has focused almost exclusively on Gavi, a player who has important advantages over the others. He is very young, he encourages praise, he plays for Barça and has not renewed yet. He soon realizes that many of the compliments are tricky. Without doubting his merits, his best features are advertised to indicate the discreet performance of most of the members of the team.

The constant comparison of his performance with Luis Enrique and those he offers with Xavi at Barça is not naive either. Many of the ardent defenders of Gavi's performance in the national team are among the most aggressive detractors of Luis Enrique, but in this case he is absolved to review Xavi's demerits with the young midfielder.

The accusation does not resist anywhere, but has made a fortune in the media. Gavi has made 59 appearances this season, an overwhelming figure that indicates Xavi's confidence in a 17-year-old. As for his performance, Gavi's is no better in the national team than in Barça. He is the same player with infectious verve who peppers matches with excellent detail.

Despite the abundance of praise received, Gavi is still far from being a top player at Barça and in the national team. Perhaps due to his extreme youth, he is still a discontinuous player, committed to the core with the team, but a footballer at times. Unlike Pedri, whose innate ability is to get his teams to play the way he wants –and no one is more pleased with that virtue than Busquets–, Gavi is a wonderful accompanying player, which is no small thing. With companions like this, he travels to the end of the world.

It is not so clear that Gavi possesses the absorption ability that distinguishes players with gravitational power. Javier had it. Searches, too. Iniesta and Messi, of course. When called upon, they were planets in boots. David Silva and Cazorla were also blessed with that rare quality. They were all born to impose their criteria and rule the game. That is why they have been world stars.

Gavi deserves much of the praise he receives, but he is not, or is not yet, the undisputed player that is claimed in some circles of Spanish football. He is a good footballer, with panache and ambition, in the construction phase, in search of the clear identity that he still lacks. He will not find a better place than Barça to achieve it.