The president of the CEOE employers association, Antonio Garamendi, charged yesterday in Barcelona against the government's fiscal policy and once again rejected what he called "à la carte taxes", in reference to the new taxes on banking and the energy sector. 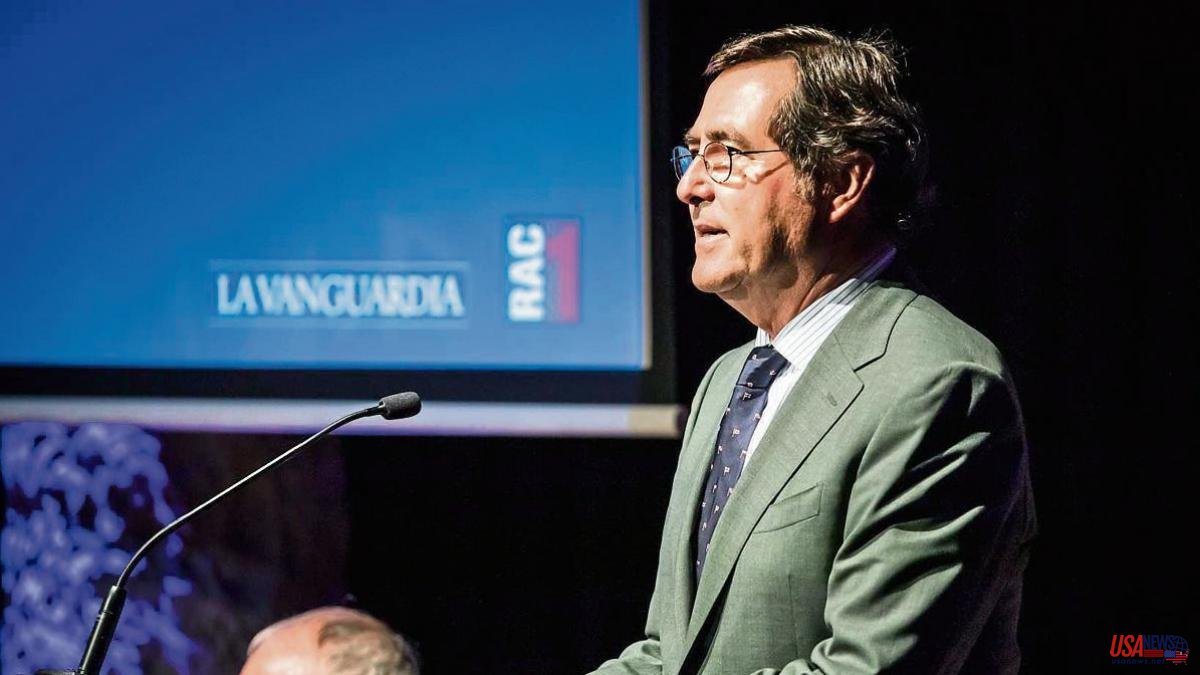 The president of the CEOE employers association, Antonio Garamendi, charged yesterday in Barcelona against the government's fiscal policy and once again rejected what he called "à la carte taxes", in reference to the new taxes on banking and the energy sector. In his opinion, what the Executive should do is lower taxes by deflating the income tax brackets so that citizens have more spending capacity and the Generalitat reduce the wealth tax by 100% so that businessmen can invest more.

He said it in a colloquium in the framework of Foros de Vanguardia –organized by La Vanguardia and RAC1– and held at La Pedrera in Barcelona. Before several dozen subscribers of La Vanguardia and businessmen and managers, the president of the employers' association assured that the problem is the submerged economy, which in Spain is superior to that of other countries.

"It is always said that in Spain we have a low tax burden, but if we divide what we pay among those we pay, it is no longer low," he said, referring to the problem of the submerged economy. Regarding the wealth tax, which in Madrid is discounted at 100%, Garamendi said that “it doesn't seem right to me that it is charged in Catalonia”.

In relation to taxes on energy companies, he recalled the heavy investment they must undertake to maintain the service.

During question time, he referred to the price control plan for the shopping basket promoted by Vice President Yolanda Díaz. She described it as a measure of "Soviet planning" and warned that such measures are actually a "cartel" by forcing certain prices to be set. In her opinion, the Government cannot regulate the prices of basic products.

Garamendi said that, contrary to what the Vice President of the Government assures, the CEOE has not left the negotiating table. Regarding wages, in her opinion the current approach of the unions to index them to the CPI will generate second-round inflation.

The unions ask you to sit down at the table to negotiate the new Agreement for Employment and Collective Bargaining (AENC), which would function as a reference framework for the different sectors in which collective agreements are negotiated. The president of the businessmen said that the work carried out by the 4,500 open negotiating tables is much more important than a framework agreement.

Linked to wages, Garamendi referred to the negotiations on a new increase in the minimum interprofessional wage, which is now at 1,000 euros per month after two consecutive increases by the Government without an agreement from the employers. The businessman said that he does not understand why this issue has already begun to be discussed if it is not mandatory to fix it until the end of the month. Asked about the Next Generation funds, he was critical of the management and warned of risks as in the Perte de automotive.