Found an ancient state hidden under the Amazon jungle

Under the tropical forests of Southeast Asia, Africa, Sri Lanka or Central America there are archaeological remains of urban centers of ancient civilizations. 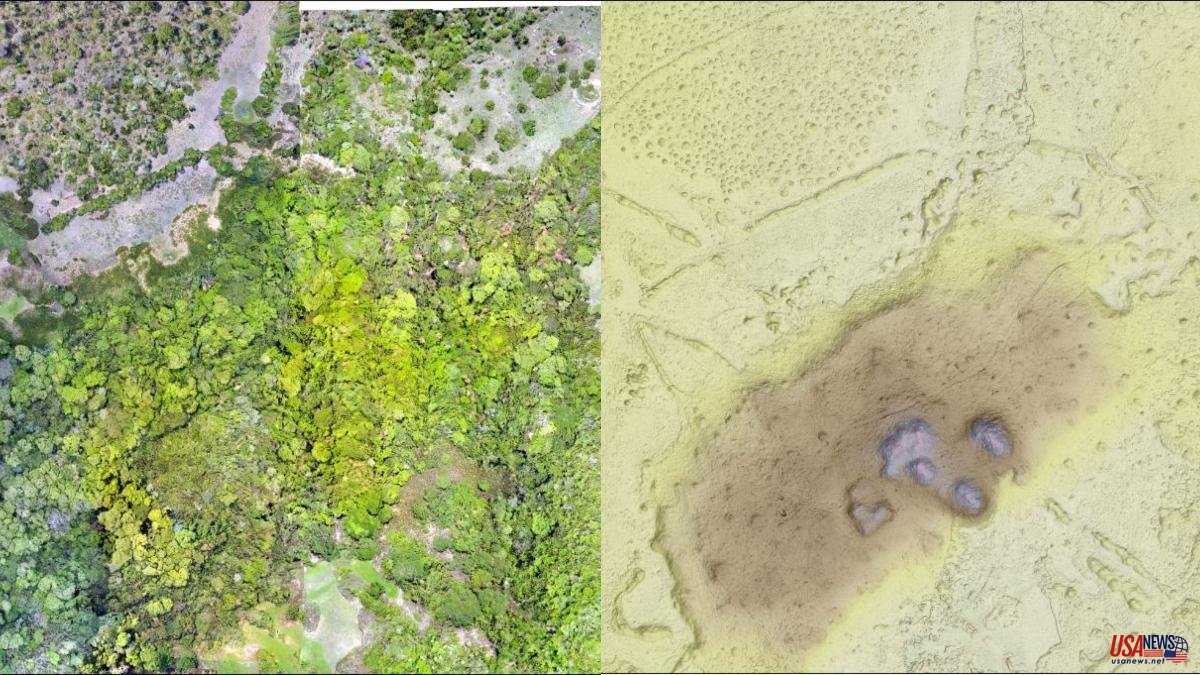 Under the tropical forests of Southeast Asia, Africa, Sri Lanka or Central America there are archaeological remains of urban centers of ancient civilizations. But none of this had ever been found in the Pre-Hispanic Amazon. Until now. A team of archaeologists has just discovered a dense system of settlements belonging to the Casarabe culture that includes two large cities.

Researchers have used the Lidar (infrared) system to detect and record landscapes modified by humans in the forest-savannah of the Llanos de Mojos, in northern Bolivia. They scanned up to six different areas in the heart of the Casarabe culture, which developed between 500 and 1400 AD.

“We have long suspected that some of the most complex pre-Columbian societies in the entire Amazon basin were found in the Bolivian Llanos de Mojos. We are not the first. British explorer Percy Fawcett began his search for the legendary lost city of Z in Bolivia at the beginning of the 20th century, only to mysteriously disappear at the headwaters of the Xingu River a few years later”, explains Dr. Heiko Prümers, lead author of the study.

The experts documented 26 sites, half of which were unknown. Two of these, Cotoca and Landívar, were clearly larger (315 and 147 hectares, respectively) than the settlements located around them, which led specialists from the German Archaeological Institute to deduce that there was a hierarchy of up to four levels between the settlements. towns.

In archaeology, a four-tier hierarchical system is generally associated with a highly complex "state" level of organization with a socially stratified class system, something hitherto not believed to exist in early Amazonia.

It has long been believed that the poor tropical soils in the former Amazon restricted population density, causing the creation of small settlements and agricultural systems and limiting social development.

But both Cotoca and Landívar are completely out of this hypothesis. Both feature details that point to dense populations, human-modulated landscapes, centers with monumental architecture, and a complex settlement hierarchy that might indicate "state-level" societies.

As the archaeologists explain in an article published in the journal Nature, the scale of these architectural remains, which include conical pyramids that once stood more than 20 meters above the savannah, "cannot be underestimated and is on a par with that of any ancient society.

All discovered settlements are embedded in a human designed environment that includes a water control system designed to maximize food surpluses to support the needs of the large Casarabe population. This technique allowed water to be stored and diverted through canals, depending on the season and the needs of the farmers.

The reservoirs, in addition, could have served as ponds for fish, providing a crucial resource for subsistence. The area dominated by this culture, as far as it is known today, extends approximately 4,500 km2 and one of its great cities controlled an area of ​​around 500 km2.

In this part of the world, monumental buildings were not built with stone but with earth, which erodes easily over time, especially in the tropics. The civic and ceremonial architecture of Cotoca and Landívar identified with Lidar was built on man-made terraces on which U-shaped structures, rectangular mounds and conical pyramids up to 21 meters high are located.

These large sites represent central nodes that were connected to sites of lesser rank by straight, elevated causeways that stretched for several kilometers. Huge water management infrastructure completed the settlement system in a human-modified landscape. "This settlement pattern represents a type of low-density urbanism known in other tropical areas but not previously described in the Amazon," the study authors write.

The paradigm shift to which the discoveries lead Prümers and his team have a clear reference in the Mayan societies of Central America. The 'old orthodoxy' pointed out that this tropical culture was incapable of supporting the type of urbanism necessary to create a large-scale civilization. This view, however, gradually changed when it was discovered that, around 1000 BC, they began to modify their landscape in ways that were capable of generating massive surpluses to support large populations.