Foreign narrative: Being a man, being a woman 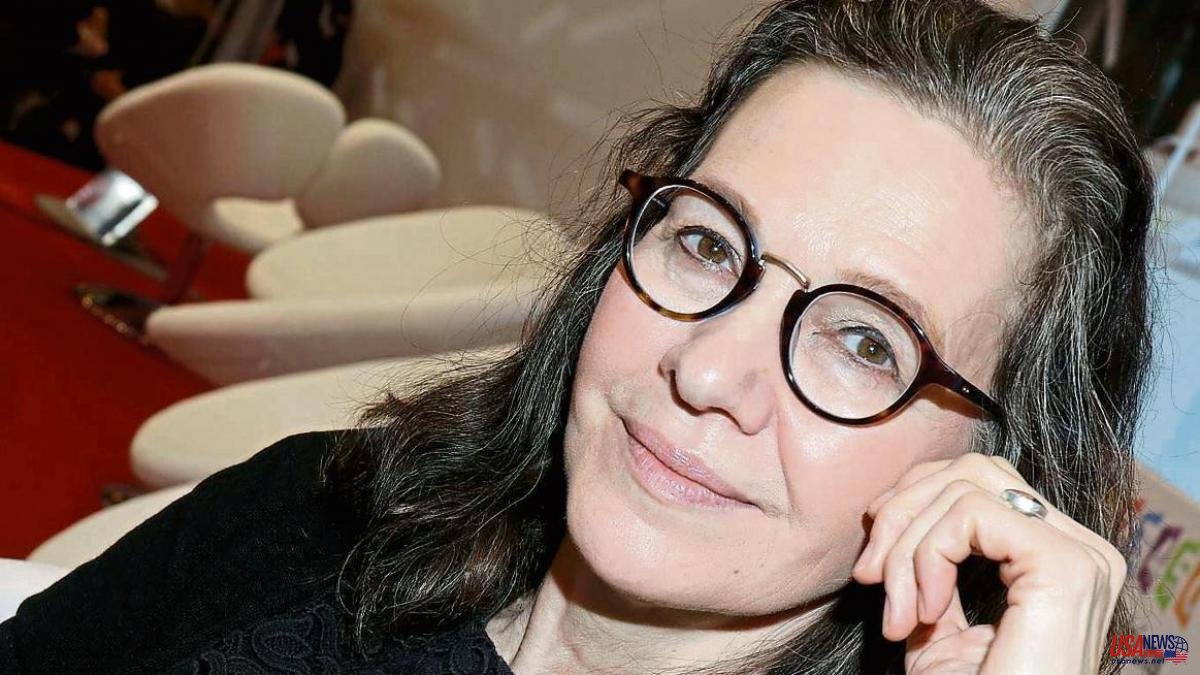 If climate change progresses at this rate, perhaps in a few years we will make these Christmas recommendations in Bermuda, which is why it is best to start with two books united by the ecological wake-up call. In Las sombras fugaces / Les ombres fugaces (Volcano Libros / Edicions del Periscopi), Christian Guay-Polinquin follows the tribulations of an anonymous mechanic in a world subjected to the laws of survival after an electrical blackout. Against the temptation of anguish, shock and coup d'état, the Quebecois works on human bonds and the generation of an undercurrent of concern. A fable-like complement under the always hypnotic prose of George Saunders is Zorro 8 (Seix Barral), a long story, illustrated by Chelsea Cardinal and directed at any age, in which the construction of a shopping center will mobilize the vulpine of the title in defense of his burrow.

Cormac McCarthy breaks a sixteen-year publishing silence with two interconnected novels, El pasajero y Stella Maris / El passatger y Stella Maris Random House Literature / Edicions 62), where disturbing fraternal ties with quantum physics and mental illness with conspiracy theorize converge. americana, among other stimulating pairings, capable of propelling theories and debates for longer than its author has taken to complete them. Being a very different novel, Small unimportant misfortunes / Les tristes recances (Sixth Floor / Les Hores) by his compatriot Miriam Toews also displays a complex fraternity on which he plans the threat of suicide. The author's talent lies in breaking expectations -it is the apparently successful woman in all fields who finds life unbearable, while her sister, devoted to chaos and reversals, overflows with the desire to take over the world- and in manage to come up with hilarious angles in a seemingly circular drama.

Something about tearing down clichés and running away from black as the only prism also explains Euforia. A novel about Sylvia Plath / Eufòria. A novel about Sylvia Plath (Navona / Les Hores) that arose when its manager, the Swedish Elin Cullhed, perceived that at the center of her obsession with the ill-fated poet was a personal connection when she recognized herself in a married mother of several children with a writer and trying to scratch hours to put black on white. Cullhed does not whitewash her myth but she does redefine it by focusing on her artistic voracity and her commitment to gender equality. Speaking of compromised fictions, Nórdica recovers one of the best European novels about the Via Crucis of refugees, Tránsito, by Anne Seghers, who knows firsthand the drama with her journey through Marseilles and Mexico fleeing from Nazism. Odyssey of an escapee from two concentration camps who assumes a false identity, manages to be vibrant, moving and timeless.

On its own absolute merits, but also as an antidote to any trace of discouragement that the latest novels discussed have left us, I was born (Anagram) by Georges Perec is a mandatory prescription (almost in a medical sense). The playful (in)genius of the OuLiPo evokes memories of those who fill an existence with meaning, invites us to dream and completes a wish list to fulfill before saying goodbye that immediately activates the desire to generate one of our own. In this list, the author of La vida, instrucciones de uso includes purposes such as visiting the Prado Museum, learning the printer's trade or writing a science fiction novel, but it is not unreasonable to venture that, if he had made one dedicated to reasons of joy once in the Hereafter, he would have headed it with returning to this world as a spirit installed in a bookstore. This is the plot starting point of The Ghost of Words (Siruela) by Louise Erdrich: an unbearable customer of an independent bookstore in Minneapolis haunts the establishment after her death, forcing a new employee to break the curse. Behind its Dickensian overtones, seeps a declaration of love to all those who, like you, love books, along with a social look that embraces the pandemic crisis and the Black Lives Matter movement.

Among the first films that have had the greatest impact on me over the years is Idaho (Random House / Les hores ) by Emily Ruskovich, which starts from the most indecipherable event that can probably happen –the death of a daughter at the hands of her mother– to intertwine a series of strange, twisted and perplexing love stories between women, understanding love as a display of acts of altruism, generosity and compassion in search of understanding, comfort or redemption. The novel, loaded with sensitivity and sharpness to illuminate shadow areas of the human being or find words with which to capture what resists being expressed, forms a natural dance partner with the ten stories gathered in Being a man (Salamander) by Nicole Krauss. The title comes from the one who baptizes the last piece but the set could well have been called Being a woman or Being a person since it investigates the eternal themes (love, friendship, family, personality, desire, expectation, resignation...) that unite us all with the will for us to recognize ourselves and/or shudder.

I doubt that the prize for the most creative and playful storytelling voice of the annual crop of translated narrative could go to anyone other than the one who walks us through recent South African history in the superb The Promise (Asteroid Books / Les Hores) by Damon Galgut. Three brothers from a wealthy white family, four funerals and a controversial verbal commitment – ​​the concession to the servant of the property of the humble house in which she lives – articulate a narrative that manages to speak from the depths with an invigorating lightness, agility and Grace. And we end with another white truffle, Maldita suerte (Gatopardo), by Lawrence Osborne –if they don't have it on their radar, they are very lost–, a portrait of a gambler and an impostor through the neon-burnt nights of Macao who received a double blow of chance will bring fortune and loss in equal parts.