Ford management has decided on the Valencian plant in Almussafes to manufacture two new models of electric vehicles in the coming years. 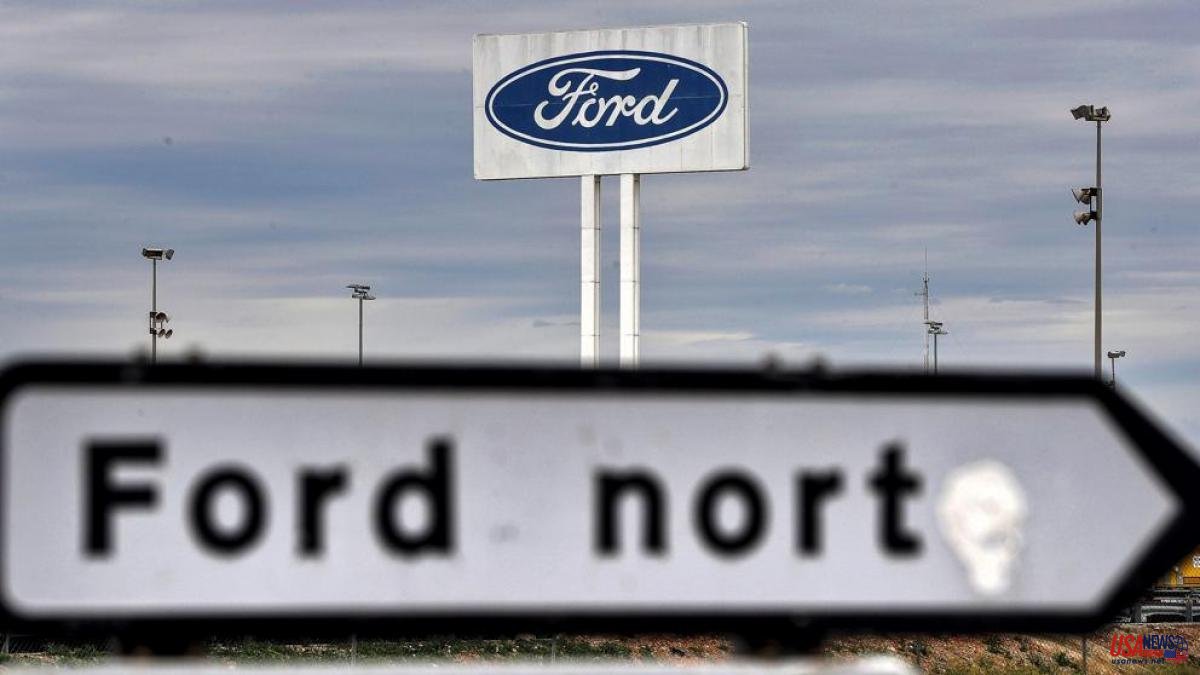 Ford management has decided on the Valencian plant in Almussafes to manufacture two new models of electric vehicles in the coming years.

The news, expected like water in May, will be another shock to the Valencian economy after the announcement of the installation of the Volkswagen and Seat gigafactory.

The North American company has reported in a statement that manufacturing will begin "this decade". The two models have not been announced because they have not yet been approved, according to the STM union.

In the statement they explained that the announced decision comes after "a period of exhaustive consultations" with the teams in Valencia and Saarlouis. The German plant will continue to produce the Ford Focus and the company is evaluating other options for the future.

The Almussafes committee had been summoned this morning by the local management with the notice "Relevant information from Ford Spain". After the meeting, UGT has reported that the decision means "workload and employment for more than a decade"

The union has added that it will carry with it "the realization of a profound transformation towards new technologies and forms of manufacturing that must be carried out during the next two years." They anticipate the launch of the first electric car by 2025.

However, they recall that within "a little over a year" only the Kuga model will be manufactured in Valencia, so "with the Electrification Agreement as a reference, it will be necessary to negotiate how and when this transformation, what volume of employment will be required in the future and how the workforce will be resized".

On the other hand, from the STM union they celebrate the news, whose success they believe is from the workforce, but they criticize that "it has not been taken into account to decide whether or not to accept the large cuts that are confirmed in the XVIII Agreement by means of a Referendum, as has always been done historically".

"Our union section has not participated and will not participate in vicious circles of cuts that are always paid by the same. Others will try to put the medals on them, but the effort and sacrifice will fall to the staff, as always, with mandatory Saturdays, increased working hours and wage freeze for the next 4 years, coinciding with the worst CPI data," they warn.

Ford has highlighted in its statement that sales of electric vehicles in Europe are "growing rapidly" (up 65% to 2.3 million in 2021) and underline that the European Parliament voted in early June to establish new CO2 targets for light vehicles, including a requirement that new sales be 100% zero emissions by 2035.

The Manufacturing Director of Ford Spain, Dionisio Campos, has sent an internal letter to the workforce in which he values ​​the decision as "a fundamental milestone for the plant and for the transformation of the Ford Europe business towards a fully electric and connected future" .

And he underlined the need to work "now" and "with a sense of urgency", together with social representation and state and regional administrations, "in defining the necessary steps to ensure an effective transition from the current production model to a new model based on the connected electric vehicle.

The president of the Generalitat Valenciana, Ximo Puig, has stressed in a press conference that Ford's commitment to Almussafes "guarantees the promotion of an essential industry for the Valencian economy."

He has assessed the process experienced as "difficult", and although he has not specified the details in which the "confidentiality" negotiation has been carried out. "Competing with Germany is never easy," she said.

Puig has underlined that "the Generalitat has always collaborated and will collaborate in the investment process in the Valencian Community" and has valued the role played by those responsible for Ford in Almussafes, the "involvement" of the Prime Minister, Pedro Sánchez, and the action of unions and workers, which has been personalized in Carlos Faubel, of UGT.

"The excellence of the factory, which is the most competitive in Europe, has won. The Valencian Community has won because it is a safe space to invest and a land of opportunities. The automobile sector is a driving force of the economy", he assessed.

Regarding whether the installation of the Seat gigafactory in Parc Sagunt II has helped, Puig has ruled it out: "Although it is true that everything helps and the synergies add up, I cannot identify that it has been a fundamental issue because it is not what they have told me transferred".

The multinational announced last year that from 2030 all its vehicles would be electric. To date, it had confirmed the manufacture of seven models in Cologne (Germany) and in Craiova (Romania).

Now two new models will go to the Almussafes plant which, together with the Saarlouis plant, had to submit labor agreements to make their candidacy attractive.

The Ford plant in Almussafes employs some 6,500 people directly, and more than 25,000 indirectly. It represents more than 18% of the Valencian GDP and 25% of exports. It has received more than 100 million euros in aid from the Generalitat Valenciana in the last ten years.

For Navarro, the choice of the North American manufacturer generates certainty among the employees of the Valencian factory and among the suppliers, who account for 6.68% of industrial employment in the Community. "Therefore, we are talking about a key decision, long awaited, and that comes as a result of a job well done."

“The Administration, the company and the unions have done their homework. The plant has always shown that it knows how to adapt to the times and it is also fair to recognize the efforts of the unions to present an attractive proposal that would make the company opt for Almussafes. Fortunately, the reward has arrived”, he added.

For his part, the president of the Valencia Chamber of Commerce, José Vicente Morata, has assessed that Ford is part "of a job-creating sector, of quality employment, and with a vital weight in exports" that "is going to allow us to continue breaking historical records" and that will consolidate the Valencian Community as a leader in the transformation of the industrial sector.