Fontcuberta switches to Klingon, the language of the aliens from 'Star Trek'

Joan Fontcuberta (Barcelona, ​​1955) will publish her next book in Klingon, the alien language invented for the movie Star Trek that thousands of fans from all over the world have transferred to the real world and keep it alive. 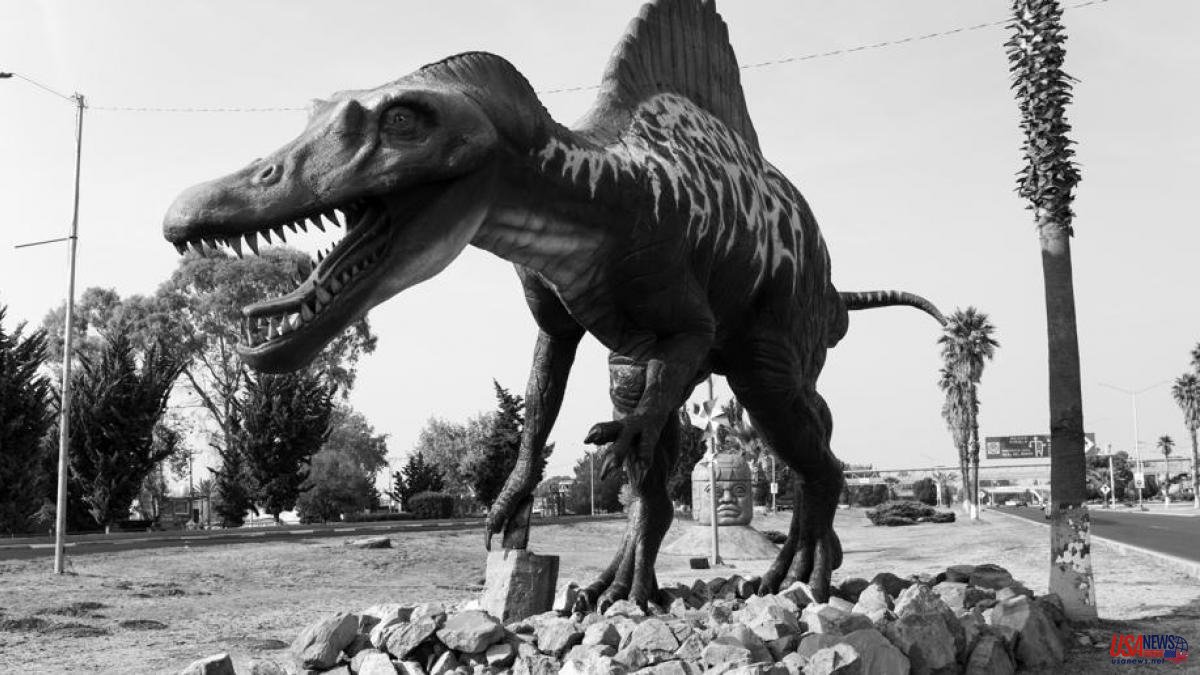 Joan Fontcuberta (Barcelona, ​​1955) will publish her next book in Klingon, the alien language invented for the movie Star Trek that thousands of fans from all over the world have transferred to the real world and keep it alive. There is even a dictionary and so far translations have been published in this language of classics such as the Poem of Gilgamesh and the Shakespearean Hamlet and Much Ado About Nothing. His, therefore, will be the fourth, in this case an original text, and the protagonists will be the dinosaurs, totemic beings between reality and illusion that, according to science fiction, gave rise to two species of humanoids: the Klingons and the reptilians.

“They are animals that are not real like the elephant and the zebra, but they were millions of years ago, and they are not imaginary like the mermaid or the unicorn. They have an intermediate status between reality and fiction, and today we are obsessed with reviving them either in the cinema or through genetic speculation that tries to recompose their DNA", explains Fontcuberta, who these days is showing "a trailer" of his next book in the Museu Arxiu Municipal de Vilassar de Dalt within Revela'T, the great analogue photography festival where the artist and image theorist is the object of a tribute. The exhibition is entitled HeghDI' vem ghaH, tu'lu' Dinosaur (a Klingon translation of the famous story by Augusto Monterroso, “When he woke up, the dinosaur was still there”, considered the shortest in history), and it brings together a set of images of dinosaurs taken over the years at archaeological sites, natural history museums or traveling fairs in different parts of the world.

“I started photographing dinosaurs as a result of my Animal - Trouvé project (1985), in which I collected images of animals mainly from natural science museums. I was interested in the situation of estrangement caused by the artificialization of nature: a lion in the savannah is a living reality, but that same stuffed lion or in a painted diorama creates a decontextualized situation that was very enigmatic for me. They reminded me of Duchamp's gesture of moving a urinal from a bathroom to an art gallery and how moving from one place to another gave it a different entity. This decontextualized nature also became a slightly surreal element that would later give rise to another of my star projects, Fauna (1989)”.

But the dinosaur series was never broadcast, it fell asleep in a drawer waiting for an opportunity that came with confinement, when Fontcuberta took advantage of that suspended time to review his archive. And it occurred to her that there was material for a good science fiction story. “In the future, the humanoid race of the Klingons have dinosaurs as pets but through genetic engineering they turn them into a weapon of mass destruction and send them to Earth... It is a crazy, brutal story, but the funny thing is that everything explained in Klingon.” The reader will be able to access the translation through a QR code, but in this case the narrative plot is just an excuse for what really interests him: comparing the analog photographs taken with the camera with others generated by Artificial Intelligence, algorithm programs that generate images through language.

"You tell him 'I want a dinosaur coming out of the jungle and fighting with I don't know what and the photo comes out, you don't have to go take it. We are in a revolutionary stage as disconcerting as it surely was for the first people who in 1839 saw a daguerreotype and did not understand that that piece of mirror had captured a scene from reality. It was still a technique that had to be perfected a lot but that ended up revolutionizing visual culture. I think with AI programs we are at that same point. For the first time we can show things that would have been impossible to photograph, like the impact of a meteorite on Earth, and that opens up an infinite field”, he concludes. Goodbye to post-photography, welcome to the era of post-post-photography.

Until next October 2, Revela'T, the world's first analog photography festival, celebrates its tenth anniversary with 36 exhibitions in Vilassar de Dalt, epicenter of the event, 9 in Barcelona and 12 others in other cities, whose protagonists are to renowned national and international photographers. These are some of the essentials.

In 1999, the photographer Alessandra Sanguinetti (New York, 1968) met two girls: Guille and Belinda. They were cousins, they were nine and 10 years old, respectively, and they grew up together on their grandparents' ranch 300 kilometers from Buenos Aires. She thus began a relationship that lasted for more than twenty years and that gave rise to a monumental project. At the Cal Garbat factory in Vilassar de Dalt, it presents two parts: The adventures of Guille and Belinda and the enigmatic meaning of their dreams, which follows the cousins ​​for five years, from pre-adolescence to adolescence, and The adventures of Guille and Belinda and the illusion of an eternal summer in which the Magnum photographer photographs the lives of the cousins ​​between the ages of 14 and 24.

Another long-term project is Leaving and Waving , by the American Deanna Dikeman, who for 27 years took pictures of her parents as they said goodbye after each visit to the family home in Sioux City, Iowa. She began in 1991 with an instant camera, and he continued to take pictures every time he left. In 2009, her father passed away, but her mother continued to greet him. After her death in 2017, the author took one more photograph of the empty entrance.

Juan de la Cruz Megías (Murcia, 1959) has professionally photographed more than 2,500 weddings since 1979. From the review of his archives, ¡Vivan los boyfriends!, a work with which he won the PHotoEspaña 2000 Best Portfolio Award and which includes the most unlikely scenes in the world of weddings, emerged. At the Lime Garbat Factory.