Spain's headquarters in Doha continues to be a haven of peace. 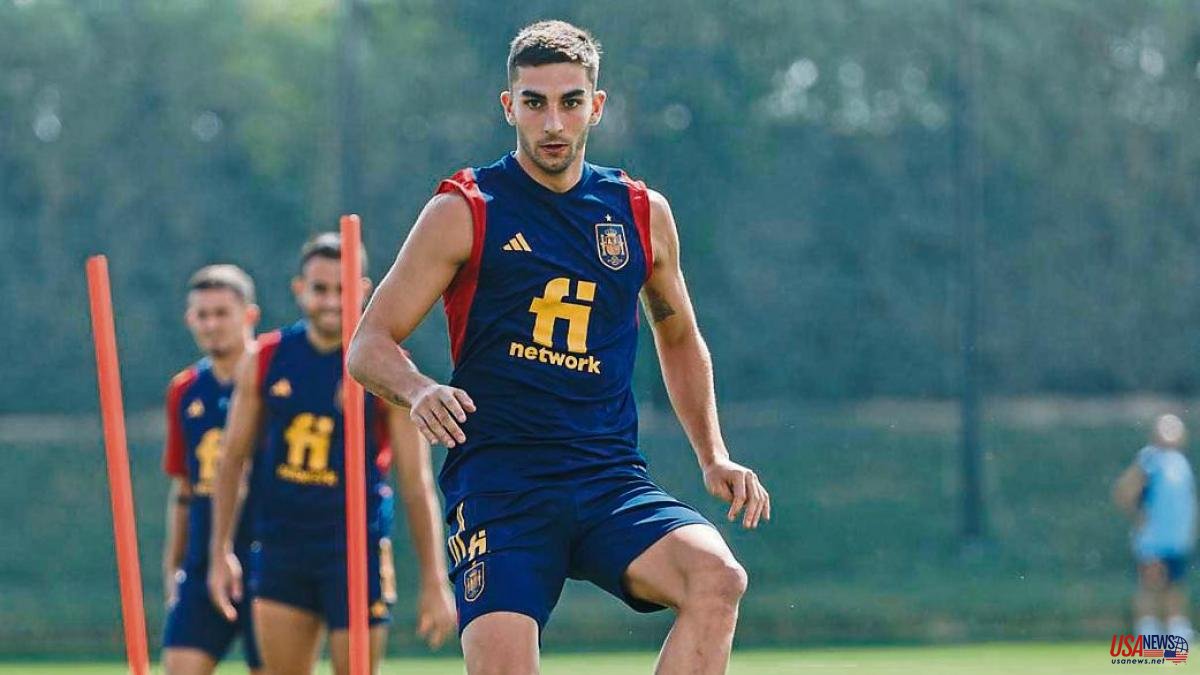 Spain's headquarters in Doha continues to be a haven of peace. The training sessions take place at maximum intensity and the team is already beginning to pick up cruising speed a few days after its World Cup debut. But when the work on the green ends is when the unbeatable climate that exists in the dressing room is truly reflected, where a small group of veterans mixes perfectly with a large squad of youngsters. "Our strength is the group, we are a very compact team with a lot of hunger and desire to show things," claims Ferran Torres (Foios, 2000), one of those footballers whose qualities seem to be appreciated much more by coaches than by fans.

The last months of the Valencian attacker have not been easy. Things are not working out for him at Barça, where he has ceased to be a fundamental piece for Xavi and the fierce competition in his position is taking away his prominence, although he battles daily to reverse the situation. Pointed out by a large part of the press and fans, sometimes with more reasons than others, his confidence seems to have abandoned him to such an extent that some time ago he decided to put himself in the hands of professionals to get out of the rut. “I am playing less with my club. I started the season with a foot injury and that has weighed me down a bit but the sensations have been much better in the last month. In addition, the World Cup can mark a before and after. It is a global level tournament that the whole world is aware of, ”he stressed this Sunday.

Hence, the uninterrupted calls from Luis Enrique since his debut with the Spanish team in September 2020 serve to recharge his batteries and refresh his head. And that he is not exempt from criticism with the red, that is a scourge with which he tries to learn to live. But the last call is one of those that make you forget anything, travel to Qatar and play your first World Cup. There is nothing.

Dressed in red, Ferran Torres recovers his smile. He is the top scorer of the Luis Enrique era and is a fixture in their lineups. His performance on the grass turns off the foreign curiosity. Inside the locker room the situation arouses more laughter than anything else. He is the son-in-law of the coach, the partner of his daughter Sira. “My extension in the field? Fernando Torres! If I don't say it, my daughter will cut off my head…”, the coach responded comically in his broadcast on Twitch on Saturday. “It was a live thing, the coach is a joker. He does not put pressure on me at all ”, the respondent replied. “The coach and I know how to differentiate things, when we are with the family and when we are working. We got along well, in a very natural way”, Torres himself revealed more seriously, in the press center of the Spanish team at Qatar University.

The Foios forward has proposed to isolate himself in Qatar. Live calmly and focus solely on the game, forgetting everything that surrounds you. He tries to avoid the media as he can, battling (friendly) with the RFEF press department. For this reason, his presence yesterday in the press room was quite a surprise, caused by the bureaucratic procedures with FIFA that Alejandro Balde had to overcome, the one initially chosen to face the media.

Ferran Torres did not hide his intentions one iota. Usually smiling, he sat on the platform with a very serious face and remained so in all his responses. Of course, he did not dodge any, not even his mother-in-law's.

Despite the fact that the sensations indicate the opposite, his numbers so far this season are not bad at all for a winger. He has scored 5 goals in 18 matches. He still he is in the crosshairs. “I don't have to score goals, I'm a winger and I give assists. I am also very involved in defensive tasks ”, he concluded.