When Alberto Núñez Feijóo became president of the PP four months ago, he was clear about what his strategy should be: to consolidate himself as an alternative to the Government, and for this he had to assert his political program and contrast it with that of Sánchez. 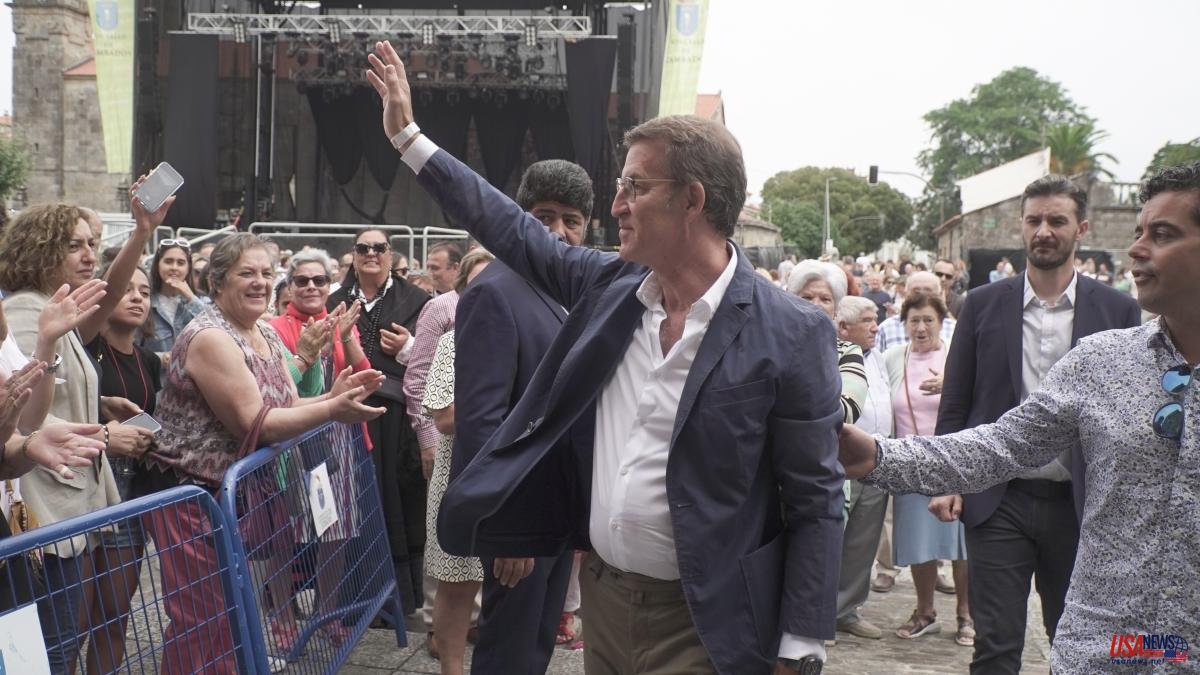 When Alberto Núñez Feijóo became president of the PP four months ago, he was clear about what his strategy should be: to consolidate himself as an alternative to the Government, and for this he had to assert his political program and contrast it with that of Sánchez. Make the citizen understand that there is a different project.

However, Feijóo, more accustomed to governing –he was president of the Xunta for 13 years– than to opposing –which he only held for three years–, knows that the proposals are not enough, that a certain sector of the electorate calls for war. Finding the balance between a forceful opposition and the image of the government party that he wants to offer to gain access to Moncloa at the end of 2023 is a difficult task.

The next municipal and regional elections will be the litmus test for the popular leader. The results obtained by the PP will indicate if it has succeeded in finding the formula.

Maintaining the mayoralties of Madrid, Malaga and Zaragoza, winning some other big city and preserving the government of the communities of Madrid and Murcia –the other autonomies that it governs, Galicia, Andalusia and Castilla y León, do not hold elections– are priority objectives for the which must be added the aspiration to recover the government of Extremadura or even the Valencian Community.

With the proximity of these elections, which will take place next May, the leadership of the PP blames the attacks that Feijóo receives from the PSOE. Not that Genoa expected anything else. She saw it right away: two days after the meeting between Feijóo and Sánchez after the Galician politician became president of the PP.

The Government began comparing him with his predecessor, Pablo Casado. “He is the old PP”, said the socialists.

But the surveys began to warn that the change in the direction of the PP had been well received by the voters. The reply of the Socialists to this rise in the expectations of the PP consisted of more of the same: more harsh reproaches.

The approval by the Government of the plan of measures to promote energy saving has opened another scenario. The PSOE tries to undermine Feijóo's leadership by pointing to Isabel Díaz Ayuso as the person in charge of the PP and of whom the popular leader would be little more than a puppet.

The Madrid president has fed this story by going, on many occasions, on her own. But that doesn't affect Feijóo. Contrary to what happened with Casado, his successor does not see the Madrid president as a threat and does not bother giving autonomy to his barons.

Feijóo is tanning in these four months and has seen what Spanish politics is, but he seems determined not to change course. He knows what has led him to convert "the wave of illusion", they say in the PP, which flooded the party with his election.

The Andalusian elections boosted optimism in the ranks of the PP and lead the leadership to take stock of these four months of Feijóo's presidency in one sentence: "It has been the opposite of what the PSOE says."

If the Government speaks of an obstructionist and denialist opposition, they recall that the PP has proposed alternatives to all the PSOE measures and has facilitated, especially when Sánchez has needed it most, the approval of important decrees, such as anti-crisis measures.

If the Socialists try to pillory Feijóo's authority, in the leadership of the PP they remember that in two months he pacified the party and brought order.

In these months, the PP has held the regional congresses that caused so much trouble with Casado, without major shocks. Díaz Ayuso presides over Madrid, and there has been renewal in Extremadura. Only the congresses of Navarra, La Rioja, Cantabria and Asturias and Catalonia remain –which was postponed–. Feijóo will hurry up and start touring Spain, to put the PP in electoral mode for the municipal elections.