Feijóo proposes to Sánchez to lower VAT on meat, fish, oil and pasta

New proposal from the PP to Sánchez to alleviate the two-digit inflation that is consolidating in Spain. 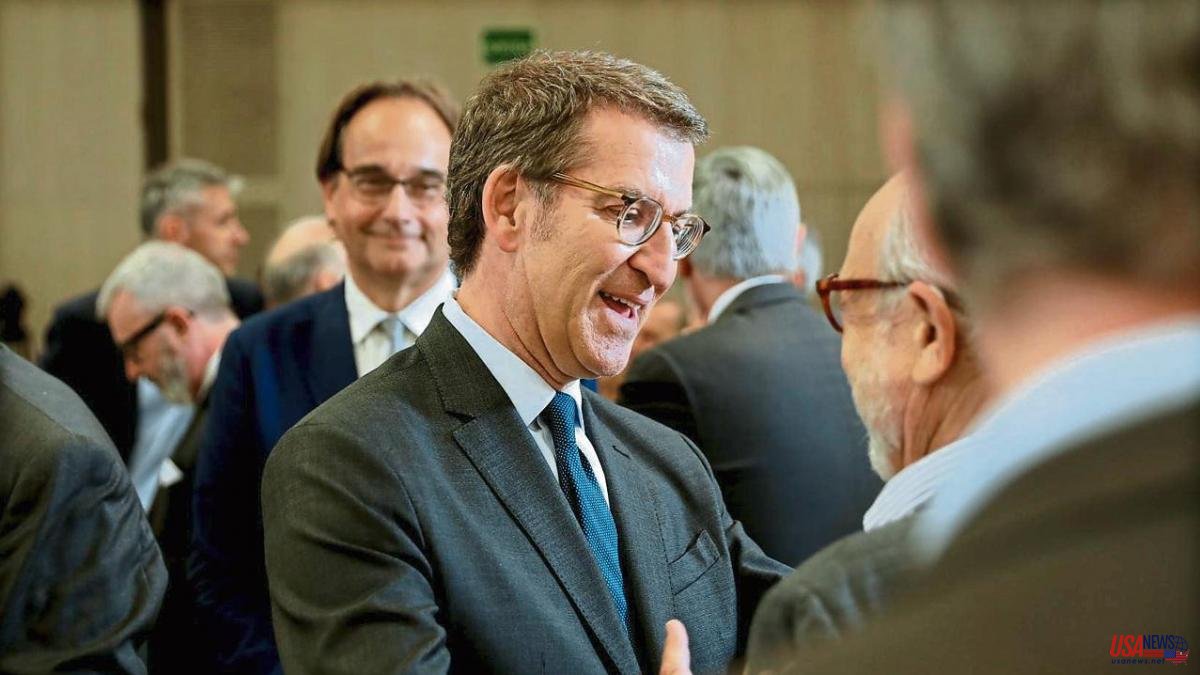 New proposal from the PP to Sánchez to alleviate the two-digit inflation that is consolidating in Spain. If you do not want to lower personal income tax for income of less than 40,000 euros, as he proposed in the savings plan that he sent you in April, now he is asking you to reduce VAT on some very basic foods from 10 to 4%, to help families to bear the increase in the price of the shopping basket.

The foods chosen by Alberto Núñez Feijóo are meat, fish, oils, dry pasta and preserves. It is a proposal that he believes is more possible than the one proposed by the third vice president, Yolanda Díaz, who wanted to cap the price of the products in the shopping basket. A proposal that is based, Feijóo told the PP's national executive committee, on the proposals of experts with whom the PP has worked, and that tries to counteract the fact that sunflower oil has risen 100%, that of olive 40%, pasta 31% or pasta 27%.

A very thoughtful proposal, Feijóo stressed, and very studied, which would mean that the state would stop entering 970 million euros, which would remain in the hands of citizens, and would be compensated with an extra collection of 1,000 million that it obtains for these products, given the increase they have experienced.

"A solvent proposal that does not burden families, or small producers, or small businesses, or the State" with the cost of the crisis, since it is financed with excess revenue, which is already 22,000 million for the rise in prices, and that the PP calculates that it will reach 30,000 or 32,000 million euros.

Feijóom does not hold out much hope that Pedro Sánchez will take on his proposals, at least for now, and it will take months for him to do so, as has happened with the reduction in VAT on gas or electricity, he stressed, but that is not going to make him continue making proposals, “even if he calls me a populist, insolvent, bad faith or a friend of the rich. I take it with a sense of humor.”

The president of the PP is not going to allow proposals to be made, he stressed, despite the fact that there are those who tell him that "the enemy, no water." He's not going to do it. “Not even Sánchez is my enemy and I am not to wait quietly for Spain to wear down. That is why I will continue to make proposals”, as he has been doing since April, he said.

This predisposition of Feijóo was not exempt from criticism, and after defending again the tax reduction, starting with personal income tax for those who earn less than 40,000 euros, which they are doing in the communities governed by the PP, but not in the state part of the tax, praised Andalusia's decision to abolish Patrimony, "because that is how the Andalusians have voted", and called on the Government to "if it is so concerned about the collection in Andalusia, to do everything possible to recover the more than 600 million of euros of the ERE”.

Feijóo continues to base his opposition work on the economic situation, and that is why he has reinforced the economic area with the incorporation of PP leaders in the autonomies and people from the private sector. In addition, he took the opportunity to thank the "hundreds of people" who have called the PP to collaborate in the preparation of proposals, from their positions of responsibility in companies or organizations, but maintaining anonymity, collaboration, and guaranteed them that they will continue in the Anonymity as long as you want, because it is not about helping the PP, but about helping Spain.

Feijóo assured that the PP is experiencing one of the best moments in its history, and that will be seen in the elections, when they come, and in the regional and local ones next May. He is convinced of this because of what the polls say, and because if after the CIS said that Sánchez had regained ground, elections have not been called the next day, it is because it is not true.

Faced with this strong PP and in one of his best moments, Feijóo speaks of a "weak and divided government" that does not agree on fundamental issues, not only economic, but also international politics, but also regarding NATO. and even trans law. The president of the PP regrets it, because in the end it is bad for Spain, and in fact he is convinced that if the Government had assumed any of the measures that it has proposed "we would be better off".