The president of the PP, Alberto Núñez Feijóo, has bet this morning from Tarragona, in front of the Balcó del Mediterrani, for what he has called "Catalanist constitutionalism". 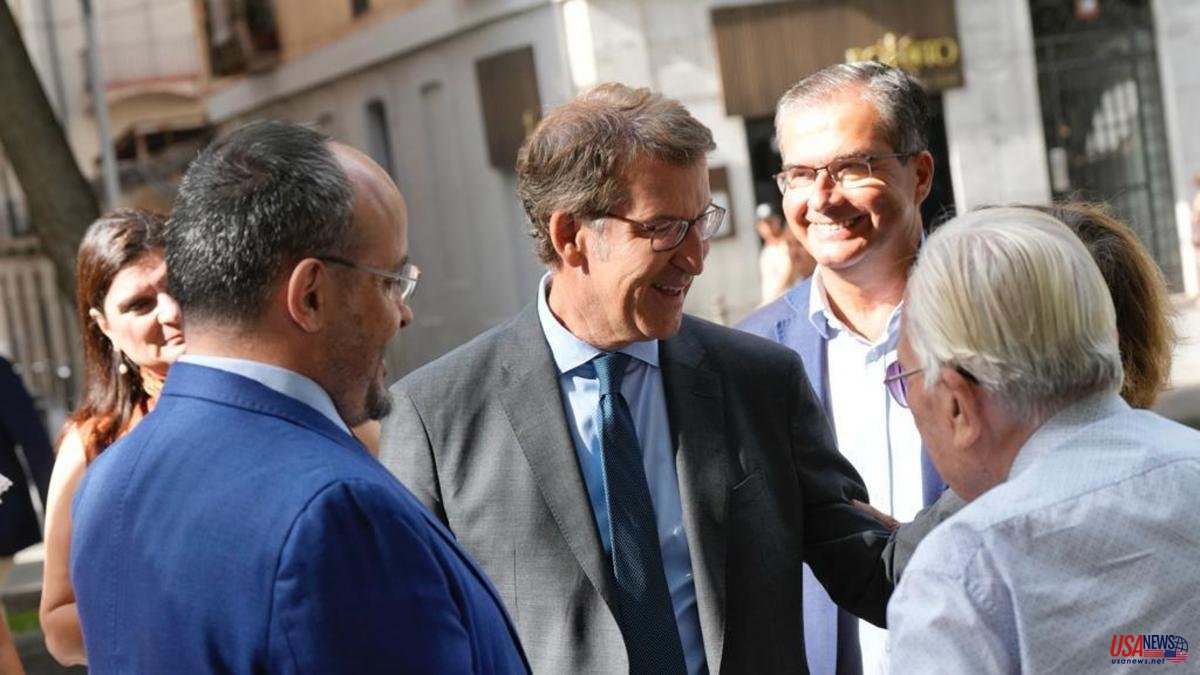 The president of the PP, Alberto Núñez Feijóo, has bet this morning from Tarragona, in front of the Balcó del Mediterrani, for what he has called "Catalanist constitutionalism". In a speech willingly away from tension and confrontation, Feijoo has claimed "to return to political cordiality in Catalonia to face the social and economic crisis".

According to Feijoo, the difficult situation for the middle classes caused by the general price increases and the energy crisis is and will be especially hard in the Catalan autonomous community. The fault, according to the popular president, of independence. "It is even more worrying in Catalonia due to the enormous costs of the procés, which has been a very bad deal for all Catalans," he criticized. "Confidence to set up business in Catalonia has diminished," he assures.

Cordiality has been the word most demanded today by the popular leader, also to refer to the linguistic conflict in Catalonia. "We must return to the cordiality of speaking two languages, a linguistic cordiality that we have already worked on", he said in reference to his long experience as Galician president. Feijoo maintains that "protecting Catalan is compatible with linguistic cordiality" in order to use Spanish and has repeatedly called for "the recovery of seny catalan".

The popular president has also referred to the Diada as an example of the confrontation between the Catalans themselves and of the consequences, in his opinion, of so many years of independence process. Feijoo maintains that the Diada should be "a day of unity for the Catalans but it will reflect the instability of the Government". The leader of the Popular Party has criticized the Generalitat for being "a source of political instability", which will once again become evident in the demonstration on Sunday 11 September.

Feijoo has wished that "a Diada with union be celebrated, that it go well, that it be a party for all, and that it not be a germ of division in Catalonia".

The leader of the popular has visited Tarragona, has walked the Rambla Nova, has spoken with merchants and has met with representatives of the tourism sector.