Federer explains the photo with Nadal: "It was a secret thank you"

The Swiss Roger Federer has been honest in an interview in The New York Times in which he talks about how he feels once retired and how he experienced the emotional goodbye that the world of tennis gave him in London last Friday. 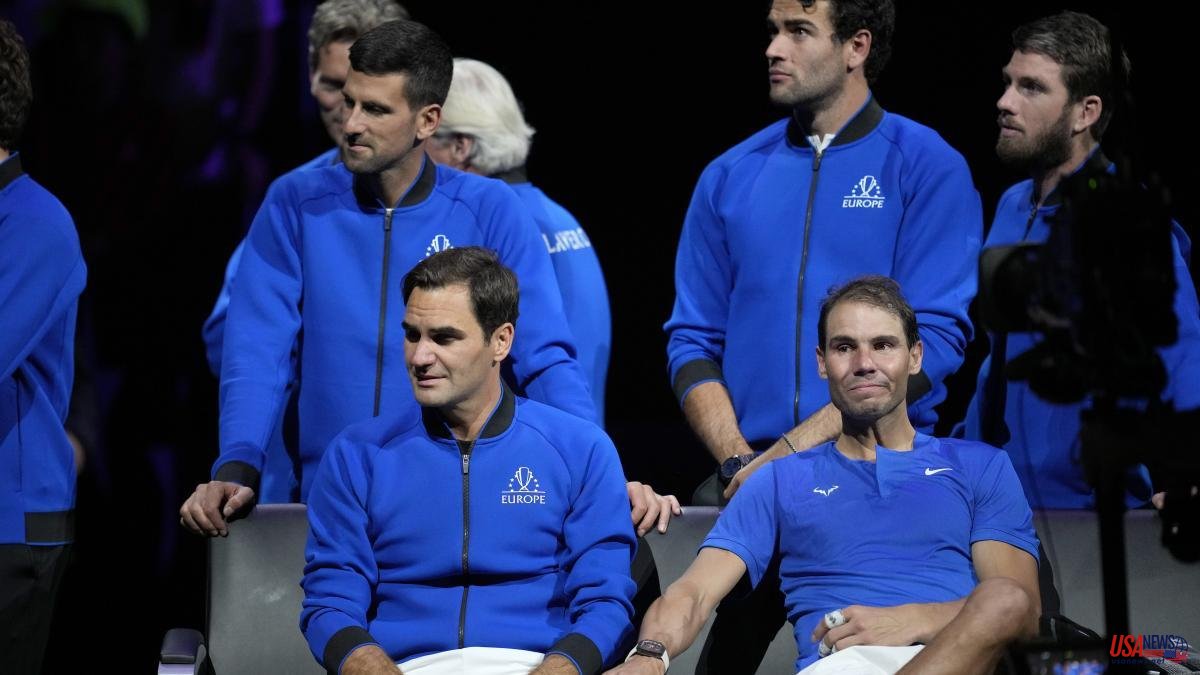 The Swiss Roger Federer has been honest in an interview in The New York Times in which he talks about how he feels once retired and how he experienced the emotional goodbye that the world of tennis gave him in London last Friday.

Federer, 41, has long established himself as one of the greatest players in tennis history, but after breaking Pete Sampras' record of 14 Grand Slam singles titles in 2009, he chose to play for another 13 years. . He won five more majors and at 36 became the oldest male No. 1 since the arrival of the ATP rankings in 1973.

Federer played his last match with his eternal rival and at the same time brother Rafa Nadal in doubles for Team Europa. “I think I feel complete. I lost my last singles match. I lost my last doubles match. I lost the voice to shout and support the team. I lost last time as a team. I lost my job, but I am very happy. I'm fine. I'm very well. That's the ironic part, everyone thinks of happy endings to fairy tales, you know? And for me, it actually ended up being that but in a way that I never thought was going to happen,” he explained.

The Swiss player revealed that he called Rafa Nadal to tell him that he was retiring “after the US Open. I waited for that tournament to end, just to let him know about my retirement. And I just wanted to let you know before he started making plans about the Laver Cup. I told him on the phone that he was 50-50 or 60-40 doing the doubles. I said, “Look, I'll keep you posted. You let me know how things are at home. And we'll talk again."

But very soon it became clear and Rafa told me: “I will try everything possible to be there with you”. And that was obviously amazing to me. This shows again how much we mean to each other and how much respect we have for each other. And I thought it would just be a beautiful, amazing story for us, for sports, for tennis, and maybe beyond that as well, where we can co-exist in a rivalry and come out on top and show that, hey, it's again just tennis. Yes, it's hard, and it's brutal at times, but it's always fair. And you can come out the other side and still have this great friendly rivalry. I just thought the ending would be even better than I ever thought it would be. An incredible effort from Rafa, and obviously I will never forget what he did for me in London”, he confessed.

The winner of 20 Grand Slams also explained the photo with Rafa Nadal. “It was a short moment. There was a moment where I was sobbing and, I don't know, I thought how happy that experience made me with all of them there. So, you forget that they are taking pictures of you. And since I couldn't speak and the music was playing, I touched him and it was perhaps a secret 'thank you' "." I hope to have those photos because they mean a lot, "he confessed.