F1: Schedule and where to see the classification of the Formula 1 Mexican GP on TV

Formula 1 returns this weekend with the Mexican Grand Prix. 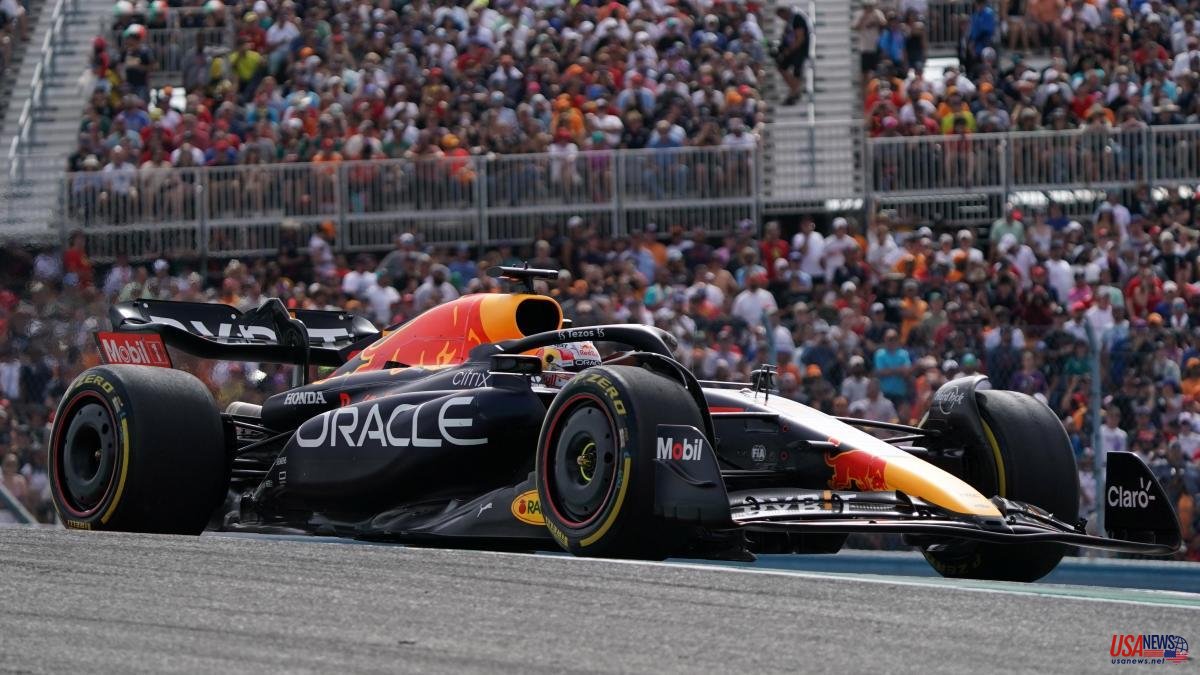 Formula 1 returns this weekend with the Mexican Grand Prix. With the title already awarded, the two-time world champion Max Verstappen just wants to continue making history in the great circus. A new victory at the Autodromo Hermanos Rodríguez would give the Dutch driver the fourteenth victory of the season, something that no driver has ever achieved.

In addition, in Mexico City Red Bull will compete with the peace of mind that comes from having the Constructors' World Championship mathematically in its pocket thanks to Verstappen's triumph in an exciting race at the Circuit of the Americas.

The classification of the Mexican GP takes place this Saturday, October 29 at 10:00 p.m. in Spain and will be broadcast on DAZN, a platform also available between the Movistar channels. The La Vanguardia website will offer live minutes of the qualifying session.

Leclerc, 25, has 267 points, two more than Pérez, third, who will seek to become the first Mexican to win at the Autodromo Hermanos Rodríguez, at 2,250 meters above sea level.

Pérez will bet on winning to pocket the 25 points, seven units more than the second in the race, but with other combinations he can also reach the sub-leadership of the campaign that will continue after Mexico with the Sao Paulo and Abu Dhabi Grand Prix .

"I have the support of Red Bull to win the race. Being the first in Mexico is a dream I have had since I was a child and I have never been runner-up in the world," said the Mexican, who finished third last year at the Autodromo Hermanos Rodriguez. Leclerc's best position in Mexico has been a fourth place in 2019; last year he was fifth.

Although already champion, Verstappen will go out on Sunday for his fourth victory in Mexico after triumphing in the 2017, 2018, and 2021 editions. "We have already secured the constructors' and drivers' championship, but we are still here to win. We will continue to push and do what is necessary to stay competitive for the remainder of the campaign," said the 25-year-old Verstappen.

The Spaniards Carlos Sainz, fifth with Ferrari, and Fernando Alonso, ninth with Alpine, remain in search of climbing positions to close their season in the best way. Sainz, with 202 points, intends to drop the British George Russell, from Mercedes, who has 218 units, from the fourth rank. The Ferrari driver has had two retirements in his last races.

Alonso, the only Spanish world champion in Formula 1, is ninth and hopes to stay or move up to sign his best result with Alpine, a team from which he will leave next year to go to Aston Martin.

After the practices on Friday, the Grand Prix will have a final practice and qualifying session this Saturday, to make way for the race on Sunday.