The federal government of Ethiopia has accepted the invitation of the African Union (AU) to hold peace talks with the rebels of the Popular Front for the Liberation of Tigray (FPLT), at war with the Executive since November 2020, as reported by the first Ethiopian minister, Redwan Hussien. 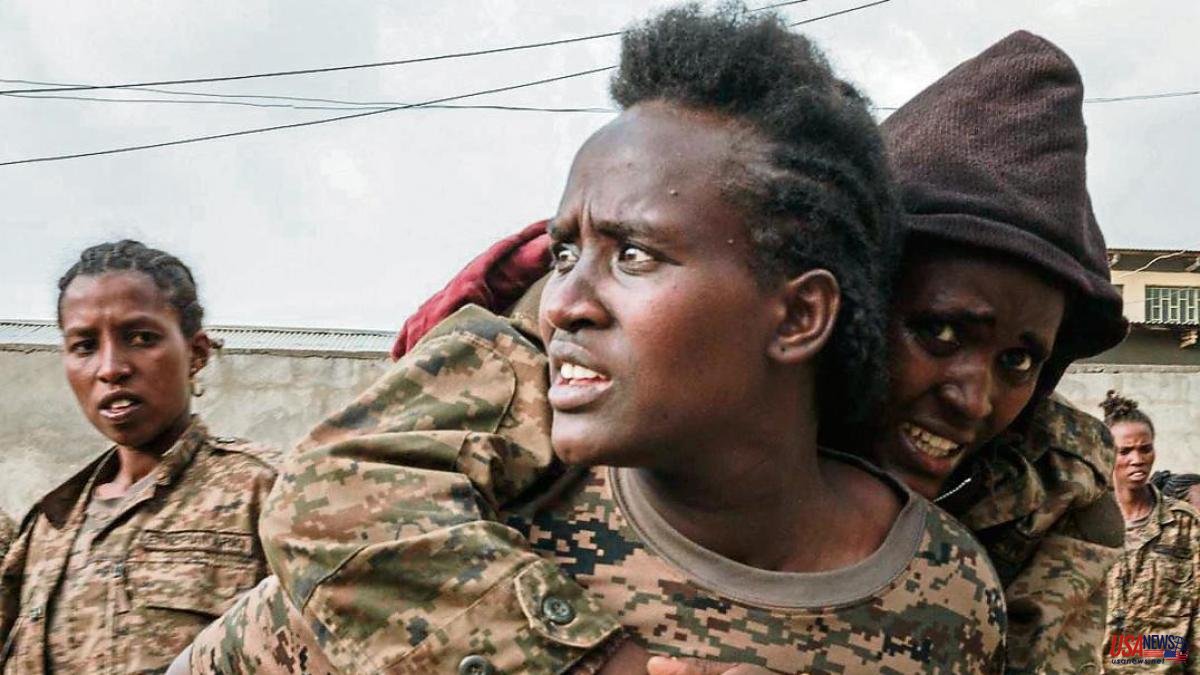 The federal government of Ethiopia has accepted the invitation of the African Union (AU) to hold peace talks with the rebels of the Popular Front for the Liberation of Tigray (FPLT), at war with the Executive since November 2020, as reported by the first Ethiopian minister, Redwan Hussien. The negotiations are expected to take place this weekend in South Africa and as part of a pan-African effort to end one of the world's most neglected wars, according to a letter seen Wednesday by the AP.

"The AU has issued an invitation to have peace talks, and the Government of Ethiopia has accepted it," Prime Minister Hussien said on his Twitter account. For his part, the security adviser added: "The invitation is in line with our position regarding favoring a peaceful resolution of the conflict and the need to have talks without preconditions."

The Ethiopian government's announcement came just two days after the rebels in the northern region of Tigray announced the withdrawal of their troops from the territories occupied in recent weeks in the neighboring region of Amhara. The FPLT, the party that governed the region before the start of the war, has assured that this decision was taken on its own initiative, since it defends that the rebels entered Amhara solely to "weaken the power of the enemy" and force him to sit in a "negotiation table".

If PFLT chairman Debretsion Gebremichael attends the negotiations, it will be the biggest ever effort between the Tigraean and Ethiopian sides to end the two-year war that has killed thousands of people for conflict and famine. However, a diplomat in Addis Ababa has stated that the AU is still waiting for a response from the Tigrean side. In addition, the spokesman for the rebel forces, Getachew Reda, has not yet been located.

The war began on November 4, 2020 when the Ethiopian Prime Minister, Abiy Ahmed -Nobel Peace Prize 2019-, ordered an offensive against the PFLT in response to an attack on a federal military base and has killed thousands of people, forcing another two million civilians to flee their homes.

Hostilities in the conflict between the central Executive and the FPLT resumed on August 24, which marked the end of the "indefinite humanitarian truce" declared last March by the Government and the commitment of the rebels to a "cessation of hostilities". This was also a setback to any attempt to initiate peace talks between Ethiopian Prime Minister Abiy Ahmed and the TPLF. However, on September 11, the rebels declared for the first time their willingness to participate in peace talks led by the AU and to "comply with a mutually agreed cessation of hostilities".

The intention of the AU in convening the talks, which are expected to be attended by representatives of the European Union, the United Nations and the Regional Intergovernmental Authority for Development, is that they serve to "lay the foundations for structured mediation and between the two parties towards a "lasting solution to the conflict". Likewise, the AU letter ensures that the negotiations will be facilitated by the AU special envoy and the former Nigerian president, Olesegun Obasanjo, with the support of the former Kenyan president, Uhuru Kenyatta, and the former South African vice president, Phumzile Mlambo-Ngcuka. .

The invitation comes more than a month after fighting in Tigray resumed after months of relative calm. Now forces from neighboring Eritrea, allied with Ethiopia's central government, have joined the fight again, in what rebel forces have described as a full-scale offensive.

The Tigre region has been cut off from the world since the war began in 2020, leaving more than 5 million people without basic services - including electricity, telephone, internet and banking - and without medicine, which has been completely depleted.

On Thursday, the UN said personnel trapped in the region were able to leave for the first time since fighting resumed, which has now spread to neighboring Ethiopia, Amara and Afar regions. The investigators of this institution consider that all the parties have committed abuses.