ERC, Junts, CUP and common ask the European Parliament to intervene for the Catalangate

The Esquerra Republicana, Junts per Catalunya, CUP and En Comú Podem groups will approve a resolution in the next plenary session of the Parlament with which they ask the European Parliament to take action on the Catalangate issue, the espionage of pro-independence leaders with the Pegasus program. 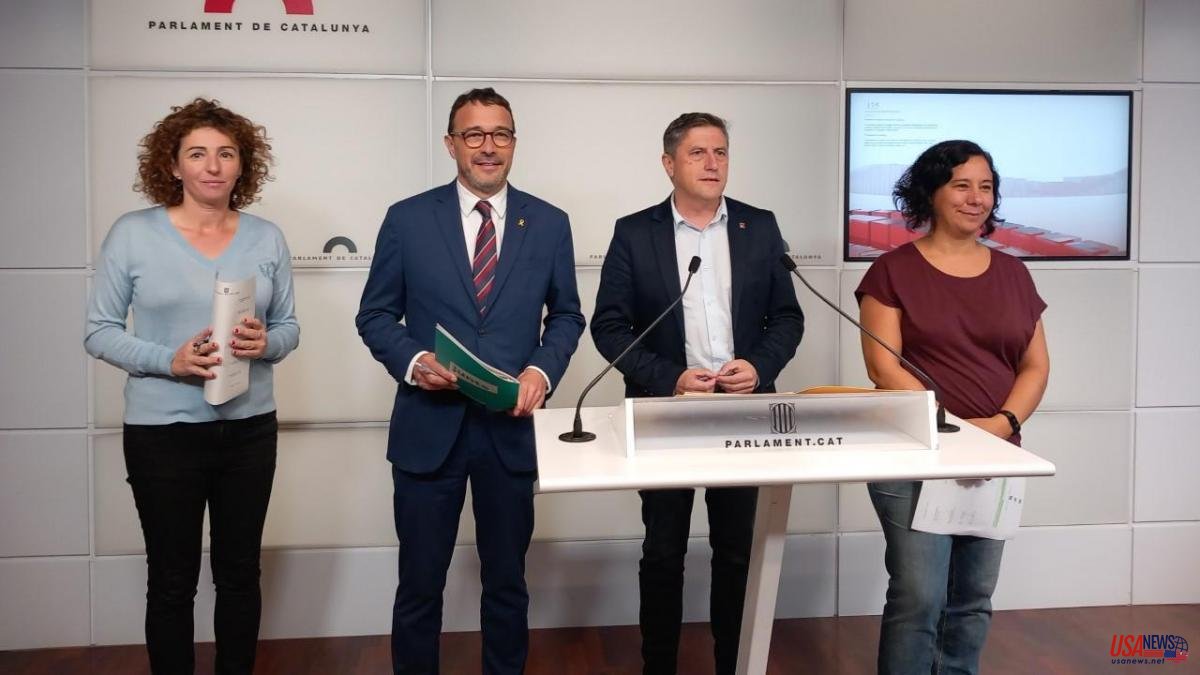 The Esquerra Republicana, Junts per Catalunya, CUP and En Comú Podem groups will approve a resolution in the next plenary session of the Parlament with which they ask the European Parliament to take action on the Catalangate issue, the espionage of pro-independence leaders with the Pegasus program. In the proposal, which will go ahead with all certainty, it is demanded that representatives of the Catalan Chamber appear in the European Parliament, in the pertinent bodies, and the total prohibition of the use of the Pegasus program, a tool of the Israeli company NSO Group. The proposal was presented this morning by representatives of the four groups.

All the deputies of the four groups sign a resolution in which they ask for "European control instruments" to prevent the member states from commenting on "abusive and illegal practices" in advance and that there is a subsequent judicial control. Likewise, it is required that it be clarified with legislation emanating from the European Commission in which cases communications from citizens of the European Union (EU) can be intercepted and guarantee that there is proportionality in the intervention of communications. In the opinion of the four groups, said legislation should also entail the "total and immediate prohibition" of the Pegasus system and other similar systems in the EU. "Now there are no necessary tools to protect the rights of citizens," said the ERC deputy Jordi Orobitg.

In addition, a copy of the report prepared by The Citizen Lab, an organization of the University of Toronto, as well as the one produced by the Síndic de Greuges de Catalunya, Cas Pegasus: Vulneracions dels drets a la intimitat, la Defensa i altres drets. In this regard, it is requested that three representatives of the Parliament can appear both in the petitions committee, urgently, and in the espionage investigation at the end of the month. Through the petitions committee, the aim is to reach the Civil Liberties, Justice and Home Affairs Committee (LIBE) so that an Opinion, a sort of report, is drawn up.

The draft of the report that will come out of the commission that studies espionage was published last week and reproaches Spain for the lack of collaboration with its investigations and corroborates the version that The Citizen Lab provided last April. In any case, the report is likely to be modified at the end of the month by the MEPs who participate in that body of the European Parliament. It so happens that the MEP who has prepared this report, the Dutch Liberal Sophie in 't Veld, voted in favor of the request to withdraw the immunity of Carles Puigdemont.

This initiative starts from an approved Left motion that was defended in plenary by the spokesperson of the formation, Marta Vilalta, and the application is being made to the European Parliament as stipulated by article 203 of the regulation. Together with Orobitg, the spokesman and vice-president of Junts, Josep Rius, the deputy of the CUP Montserrat Vinyets and the councilor Susana Segovia appeared this Tuesday.