ERC and JxCat are looking for the formula to resurrect a "Estat Major" of the independence process, similar to the paraofficial unitary body that commanded in the shadows the preparations for the unilateral referendum of October 1, 2017. 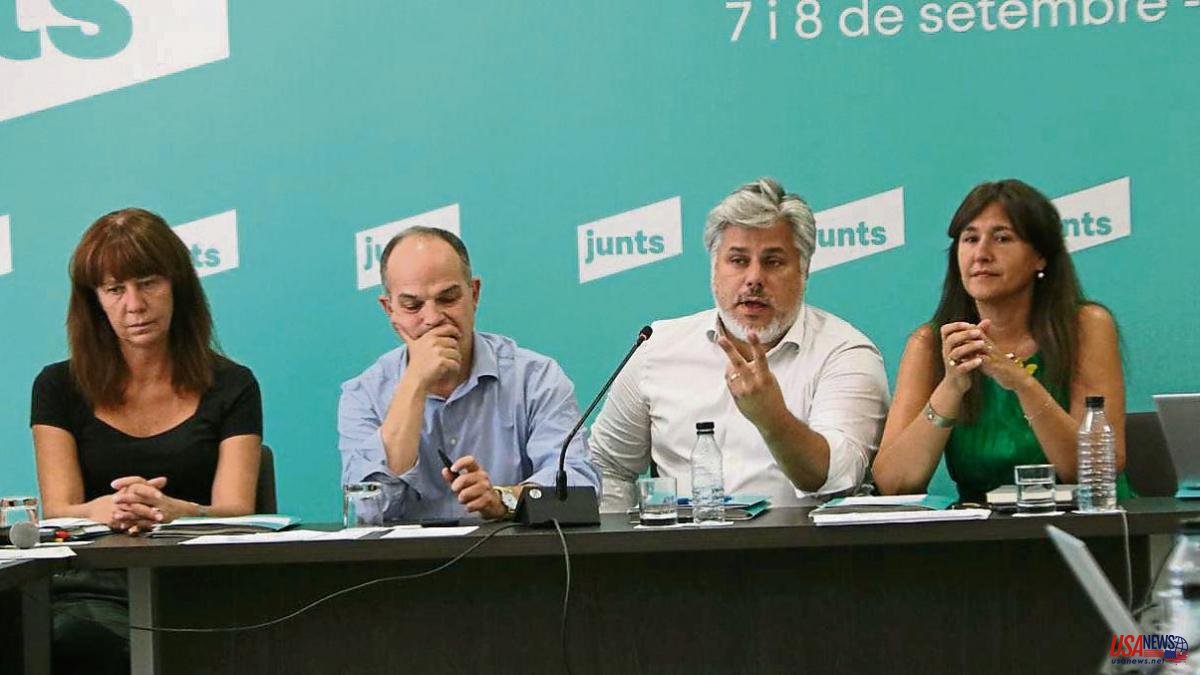 ERC and JxCat are looking for the formula to resurrect a "Estat Major" of the independence process, similar to the paraofficial unitary body that commanded in the shadows the preparations for the unilateral referendum of October 1, 2017.

The Government agreement that ERC and JxCat sealed in May 2021, which allowed the investiture of Pere Aragonès as president of the Generalitat, provided for the constitution of a "space for coordination, consensus and strategic direction" of the independence movement, to recover the pulse of the process and draw up a new roadmap.

But, in the last year, the strategic differences between the two partners of the Government and the climate of disunity within the independence movement have prevented it from crystallizing.

Yes, there were, since the beginning of the legislature, periodic and discreet joint meetings of representatives of ERC, JxCat, the CUP, the ANC, Òmnium Cultural and the Consell per la República –a space led by Carles Puigdemont from Belgium–, which precisely tried to materialize this collegiate strategic direction.

But the discrepancies about the roadmap, about the times and about the role that the Consell per la República has to play –which ERC is suspicious of, being controlled by Puigdemont and by sectors closer to JxCat– ended up blocking the talks.

Given the lack of progress on key issues of the independence movement's strategy and organization, these meetings were cut short in February 2022 and, since then, there have only been bilateral contacts between the different parties and entities.

The latest crisis between partners of the Government has once again put this issue on the table, since one of the three conditions that JxCat sets to rebuild relations and rule out his departure from the Catalan Executive is precisely to "comply" with the point of the legislature agreement that provides the constitution of this strategic direction.

Precisely this Wednesday the president of the Junts parliamentary group, Albert Batet, referred to the construction of a strategic direction for independence (in the minds of the postconvergents there is the Consell per la República) as he has claimed several times in recent months. In addition, Junts demanded that ERC coordinate the action of the independence parties in Madrid to "condition the Spanish Government" and negotiate (not dialogue) self-determination and amnesty. If they are not fulfilled, the possibility of consulting the militancy to decide if Junts has to leave the Government is very feasible.

The parliamentary groups of one party and the other have locked themselves up each on their own to prepare the new political course and, in particular, the general policy debate. The Republicans have been confined for two days in Lloret de Mar. The postconvergents are in Girona, where they are also working from this Wednesday to set the general and strategic lines of the new course.

Batet, at a press conference, assured that his party is that of "solvency and independence" and described the general political debate as "the most important in recent years." According to what he said, a "cotton test" that will be seen if Aragonès passes with the "broad proposal" for self-determination that goes beyond independence that he said he would formulate in this general political debate.