There are six days left for the Diada and the independence movement attends the event almost as divided as it had been before 2012. 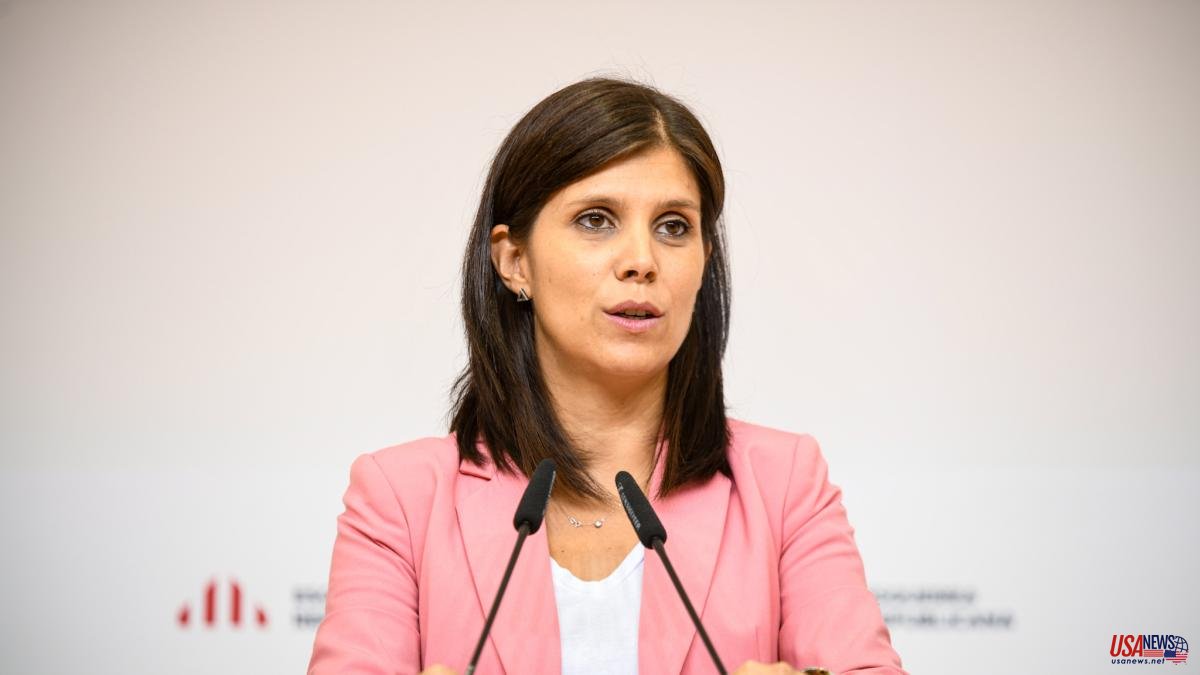 There are six days left for the Diada and the independence movement attends the event almost as divided as it had been before 2012. Pere Aragonès announced on Friday that he will not attend the demonstration organized by the Catalan National Assembly (ANC) in Barcelona, ​​because he considers that he will against the Catalan parties and institutions, and that causes more division in the movement. Junts says he feels comfortable with the mobilization. In the other, ERC shares the opinion of the president and has summoned the entity led by Dolors Feliu to "rethink and rectify" a call that in its call maintains black on white that "we must leave the parties behind" and that "it has been finished expecting something from the parties”, and that puts on the table the creation of a civic list outside the pro-independence formations.

"It is called to divide us and make us smaller (...) but there is time for the ANC to rethink the call and recover the transversal spirit," said the deputy secretary general and spokesperson for the ERC, Marta Vilalta, at a press conference this afternoon. The republican has assured that her formation will be in all the acts that are organized for the Onze de Setembre and has encouraged the citizens to claim independence. But she wanted to make it clear in turn that "the ANC has renounced transversality and plurality and has chosen to exclude and dwarf the independence movement." "That they rethink it in favor of independence, not against it," added Vilalta.

The ERC leader, however, did not clarify whether the elected officials and members of the party leadership will attend that demonstration if the ANC does not modify the approach. He has simply repeated that there is still a week left for there to be changes and that the question "is not about name and pools" about who will attend or not, but that ERC will participate in this Diada and they will do it, according to Vilalta, from all the spaces that create “opportune”. In any case, Esquerra announced on Friday that Carme Forcadell would make an appearance.

For ERC, the Assembly's demonstration is exclusive and is not convened "to add and strengthen" the independence movement, "but to divide us, make us small." "There may still be a change in the focus of the demonstration so that it is inclusive, open and transversal, because that would surely encourage many more people to take to the streets," Vilalta reiterated.

Added to the multiple differences between ERC and Junts these days has been the call by the ANC - the post-convergence cadres have already openly announced that they will attend - and the recent audit that the party chaired by Laura Borràs has carried out to decide whether the government agreements. The general secretary of JxCat, Jordi Turull, announced that after the general policy debate in the Parliament at the end of September, his formation will decide whether to leave the Catalan Executive. He would do it demanding a vote from the militancy. In this regard, Vilalta has also given his opinion and they have branded as "profoundly irresponsible" that Junts "wants to destabilize the Government of which it is a part". And even more so if one takes into account that between the two heads of this audit, Josep Rius and Victòria Alsina, the second is a minister.

“It is obvious that criticism can be made that serves to move forward, but you cannot be a government and an opposition at the same time, build during the day and destroy at night, it is absolutely irresponsible”, Vilalta assured before requesting that “the internal divisions of Together stop affecting the stability of the Government” and that “they do not externalize their discrepancies”.