Esquerra assures that the massive demonstration organized by the Catalan National Assembly (ANC) on the occasion of the Diada has not modified Esquerra's strategy to advance towards independence. 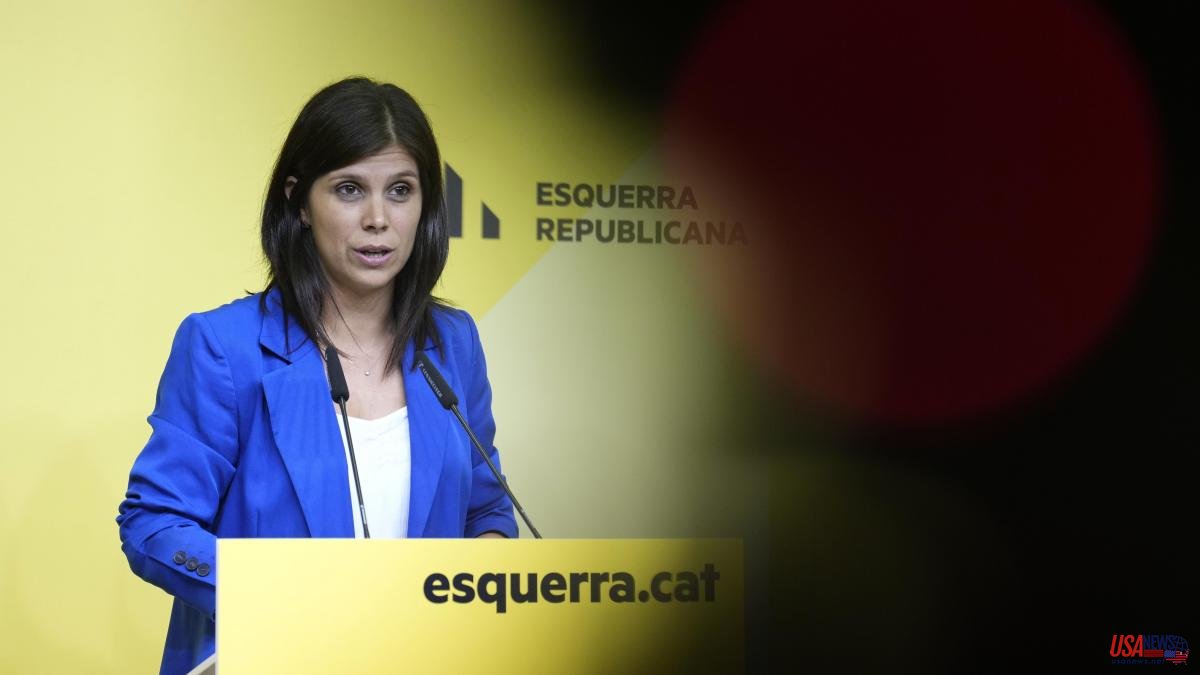 Esquerra assures that the massive demonstration organized by the Catalan National Assembly (ANC) on the occasion of the Diada has not modified Esquerra's strategy to advance towards independence. Or at least he won't change it until the other actors come up with an alternative that is credible to the Republicans. And those of Junts or the entity led by Dolors Feliu are not, in his opinion. They are "easy and simple proclamations" that do not go beyond "criticizing Esquerra", said Marta Vilalta, deputy general secretary of the ERC, during the press conference this afternoon.

“We talk a lot about rebuilding strategic consensus, but right now there is a strategic proposal, which is Esquerra's; the rest, what we receive from other actors, is just criticism and no alternative”, Vilalta reasoned. On the horizon is the proposal to reformulate a strategic direction for independence as was done by the so-called Estat Major, a kind of paraofficial body in the shadow of the Government that was in charge of the preparations for 1-O. But for the ERC leader, in addition to not being a priority, the will to rebuild this space is not possible, because it is necessary that "everyone come up with proposals." "Not only with criticism against those we try to build," she added.

Vilalta has insisted on analyzing the context and the errors of the past that can be corrected in the future "to definitively win the Catalan Republic". "Criticizing the one next to you does not help anything", she has underlined again while defending the dialogue table between the Spanish and Catalan governments. At this point, the ERC leader has been harsh: “If someone has another proposal beyond very easy and very simple proclamations, let them propose it; It will be welcome, but so far it is not there and those who believe that a DUI can be done, say how it can be endured, how it is sustained "." This is not just about wishing it very strongly, "she added.

In a certain way, Esquerra embraces the idea of ​​Òmnium Cultural of formulating a new Estat Major incorporating more voices than it had in 2017. The idea was launched by Xavier Antich, president of the entity, during Onze de Setembre. However, Vilalta has insisted that contact rounds must be held beforehand so that the first of the meetings with all the actors at the table does not fail.

Vilalta has avoided mentioning Junts and the ANC explicitly in this whole matter. But she has subsequently been direct with the postconvergents: "You cannot be in the Government and the opposition at the same time." And before the request of the Assembly to call elections if the Catalan Executive "does not achieve independence", the also ERC spokesperson has considered that it would be "irresponsible" to advance the elections in the current context of crisis.

ERC has also celebrated the influx in the mobilization of the Diada organized by the ANC. But he has seen drawbacks. Among them that the demonstration "has abandoned transversality." "We want to be as many as we have been in recent years," he assured. Oriol Junqueras's party appreciates the number of people who brought together this demonstration, but has stressed that it is necessary to "go back to starring in those winning demonstrations with more than a million and a half people and this happens by defending the transversality and plurality of the movement" . "Surely we will not win with reproaches."