Environmental activists cover a work by Andy Warhol with flour

A group of at least four environmental activists covered this Friday with 8 kilograms of flour a car customized by the American artist Andy Warhol, which is exhibited in an art center in Milan (northern Italy). 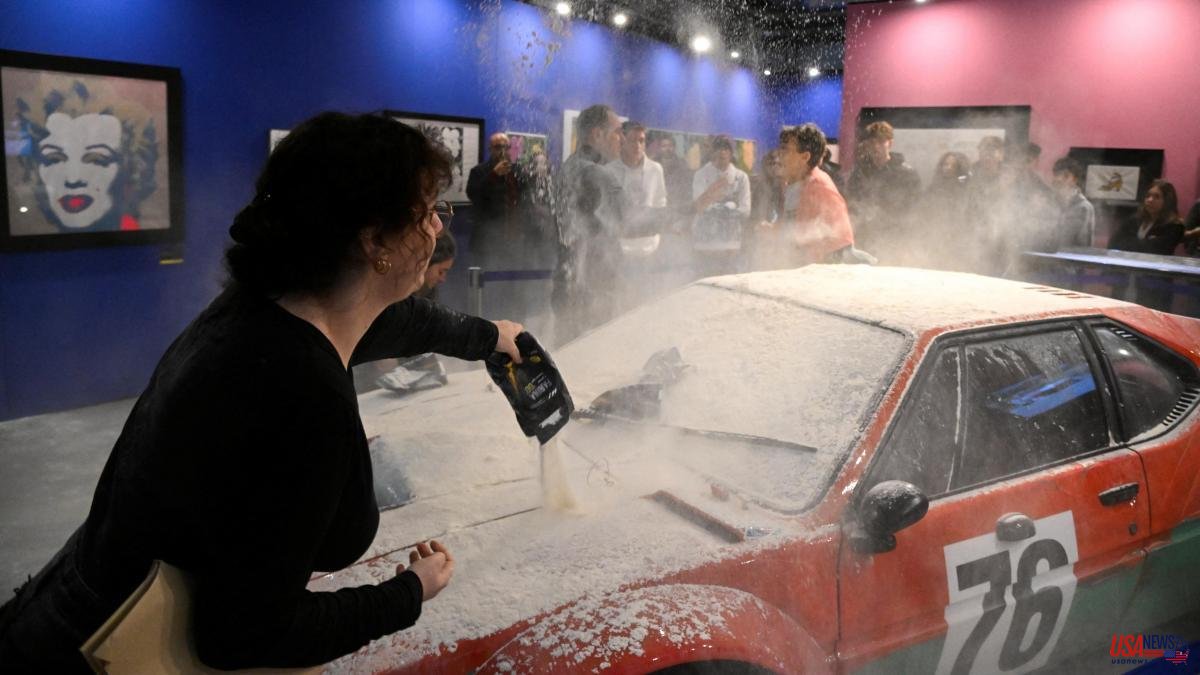 A group of at least four environmental activists covered this Friday with 8 kilograms of flour a car customized by the American artist Andy Warhol, which is exhibited in an art center in Milan (northern Italy).

This action, the latest in a series of protests that has put museums around the world on alert, began at 11:00 local time (10:00 GMT) at the Fabbrica del Vapore di Milano, an exhibition center that These days it is hosting a retrospective on the "pop-art" icon entitled "Andy Warhol: La Pubblicità Della Forma".

The activists jumped over the cordon that protected the work and threw sacks of flour until they completely covered the car customized by Warhol, while shouting slogans such as "it is necessary to take care of this" and "it is a matter of common good", as can be seen in a video published by the specialized art newspaper Artribune.

"There will be no more food or water, there is an ecological collapse underway", was another of the messages that the activists shouted before being reduced by security agents.

Those responsible for the attack are part of the Ultima Generazione collective, the Italian division of Extinction Rebellion, an international group that promotes civil disobedience to draw attention to the climate crisis.

Minutes before the protest, one of its members posted a video on social networks to explain the reasons for the action: "I am afraid and I feel the moral imperative to do something. There is an ecological and climate collapse underway, our governments have not faced in the last 30 years and I no longer know what to do to draw attention to what will be a disaster for the whole of society".

Two weeks earlier, other members of the same group threw vegetable puree on "The Sower", a work painted by Vincent Van Gogh in 1888 and which was exhibited in an exhibition dedicated to the Dutch genius at the Bonaparte Palace in Rome.

The wave of attacks on works of art to draw attention to the climate crisis is not unique to Italy. A few weeks ago, three people were arrested in the Netherlands for throwing tomato sauce near the well-known painting "Girl with a Pearl Earring", by the artist Johannes Vermeer, in the Mauritshuis museum in The Hague.

A few days earlier, two people threw mashed potatoes at a painting by Claude Monet on display at the Barberini Museum in Potsdam, near Berlin, and on the same dates two activists attached themselves to the frames of Goya's "Las Majas" at the Museum. of the Prado of Madrid.

The first such action took place in October, when members of Just Stop Oil poured tomato soup over Van Gogh's painting "Sunflowers" at the National Gallery Museum in London. 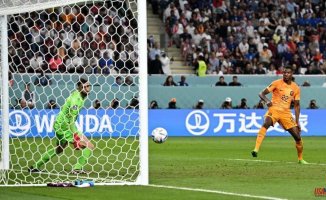 Dumfries does it all and qualifies the Netherlands for the quarterfinals 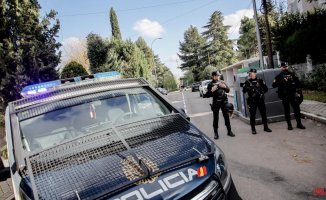