An extraordinary plenary session of the Constitutional Court must decide this Thursday whether or not to allow a vote in plenary session of the Congress of Deputies this afternoon on the reform of the Penal Code that includes, among other aspects, the elimination of the crime of sedition, the reform of embezzlement and, very particularly, changes in the law of the General Council of the Judiciary (CGPJ) regarding the renewal of the court of constitutional guarantees. 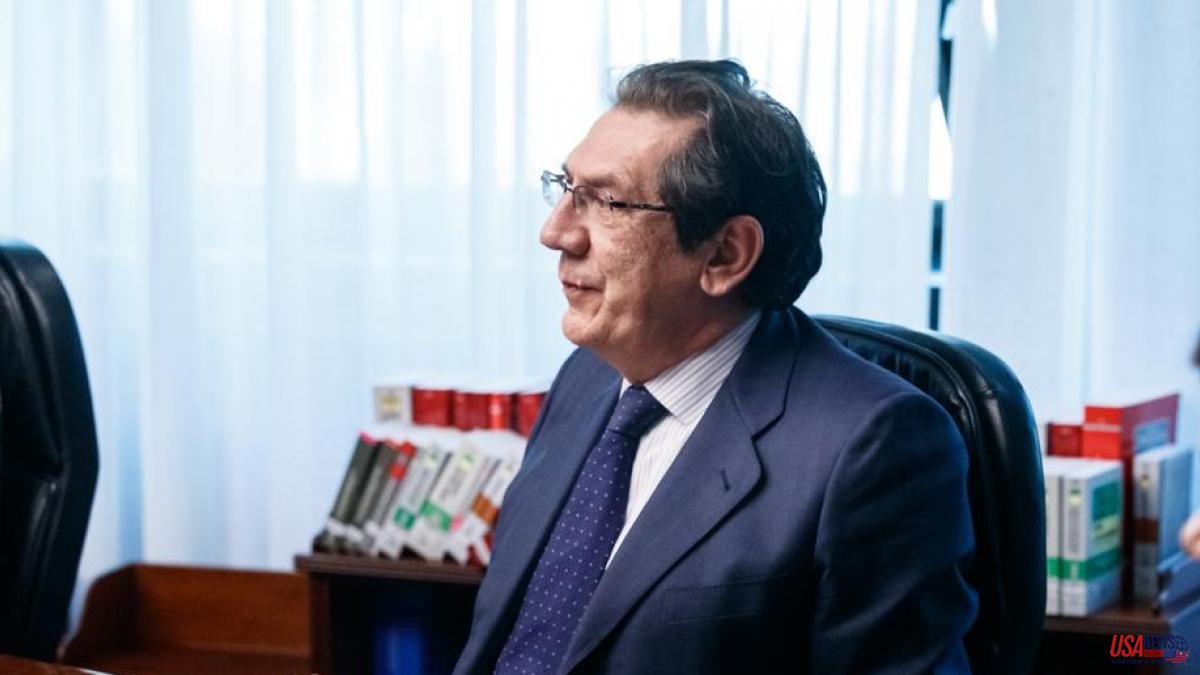 An extraordinary plenary session of the Constitutional Court must decide this Thursday whether or not to allow a vote in plenary session of the Congress of Deputies this afternoon on the reform of the Penal Code that includes, among other aspects, the elimination of the crime of sedition, the reform of embezzlement and, very particularly, changes in the law of the General Council of the Judiciary (CGPJ) regarding the renewal of the court of constitutional guarantees.

The TC will have to respond to the amparo appeals of the popular group presented yesterday and that of Vox presented today, which essentially want to prevent the modifications introduced by way of amendments to the organic law of the CGPJ from going ahead and reducing the majority from three fifths to a simple majority. necessary majority to elect the two magistrates of the Constitutional Court and takes away from this court the power to grant approval to the new members.

If these changes were given the green light, the Government would have the expeditious path to carry out the complete renovation of the guarantee court (two by the Executive -Juan Carlos Campo and Laura Díez- and two by the CGPJ -among them the one designated by the sector progressive José Manuel Bandrés-) that would go from the current conservative majority (6 to 5) to a clearly progressive one.

The person who convened the extraordinary plenary session is its current president Pedro González-Trevijano, one of those who must leave the institution with this renewal, and the magistrate who must draft the sentencing paper is magistrate Enrique Arnaldo, appointed in November 2021 at the proposal of the PP and the subject of a bitter controversy over his candidacy due to his special link with the FAES foundation of José María Aznar.

In the vote in Congress in which Arnaldo was elected along with Concepción Espejel, Inmaculada Montalbán and Juan Ramón Sáez, the result of the only recent pact between the Government and the PP to renew constitutional bodies, the magistrate obtained a dozen votes less than the expected and various groups left the Chamber.

Among those who did not support him, the socialist deputy Odón Elorza stood out, who broke the group discipline "in defense of the prestige and dignity of the institutions of the TC and Congress" after assuring that "many of us will vote with a clamp on the nose". Elorza, who was removed as a socialist spokesman in that debate, was sanctioned in March by the PSOE with a penalty of 600 euros. Today he has taken it upon himself to ironically recall the episode: "I have great confidence in the rapporteur, Mr. Arnaldo, that's why I didn't vote for him," he said in Congress.

"I do not like some of the candidates that the PP has proposed, but the duty of the Government is to save the agreement to renew the constitutional bodies and allow them to be unblocked," Pedro Sánchez acknowledged on the eve of the vote while He praised the responsibility of the PSOE and United We Can to save the pact.

It was questioned whether Arnaldo could exercise impartiality in the TC due to the opinions expressed in recent years, in numerous press articles and presentations, on matters that may be the subject of deliberation in the same court: He was critical of euthanasia, the abortion law or the procés and questioned the climate crisis, in addition to relativizing the B box of the PP, among other issues. Along with other collaborations, from 2004 to 2020 he prepared studies and participated in numerous presentations and discussion forums at FAES.

His appearance in two corruption proceedings – the Lezo and Palma Arena cases, in which he was charged – was also censored at the time, from which he was exonerated. "I claim the right to the presumption of innocence," he defended himself, in the commission that analyzed in Congress his suitability for the TC. “I am not more worthy than any of you, but I am not less,” he added.

Professor of Constitutional Law at the Rey Juan Carlos University, Arnaldo is above all a student of electoral law. Both his doctoral thesis and some of his books and works deal with electoral law, he has appeared in presentations on the study of electoral reforms both in the Senate and in regional parliaments, and has been an observer in various electoral processes abroad, according to the Arnaldo himself in Congress. Being already a lawyer of the Cortes since 1986, he joined the Central Electoral Board between 1986 and 1996.

That year he was elected member of the General Council of the Judiciary, also at the proposal of the PP. Not being a judge, he accessed through jurists of recognized competence and 15 years of practice. He served in the governing body of judges until 2001, the year in which he reincorporated as a lawyer in the Cortes and, in December, when he obtained compatibility -he assured in Congress- he established, together with his partner Ramón Entrena, a legal advice firm who received succulent contracts from administrations controlled by the PP, but also from other parties. “I am temperate, prudent. There may be some unfortunate statement, but that does not condition me for the independent and impartial exercise, ”he defended in Congress.