Today, Friday, Italy commemorates a dark centenary, that of the March on Rome, which on October 28, 1922 opened the doors to power for Benito Mussolini and thus began the darkest stage in Italian history. 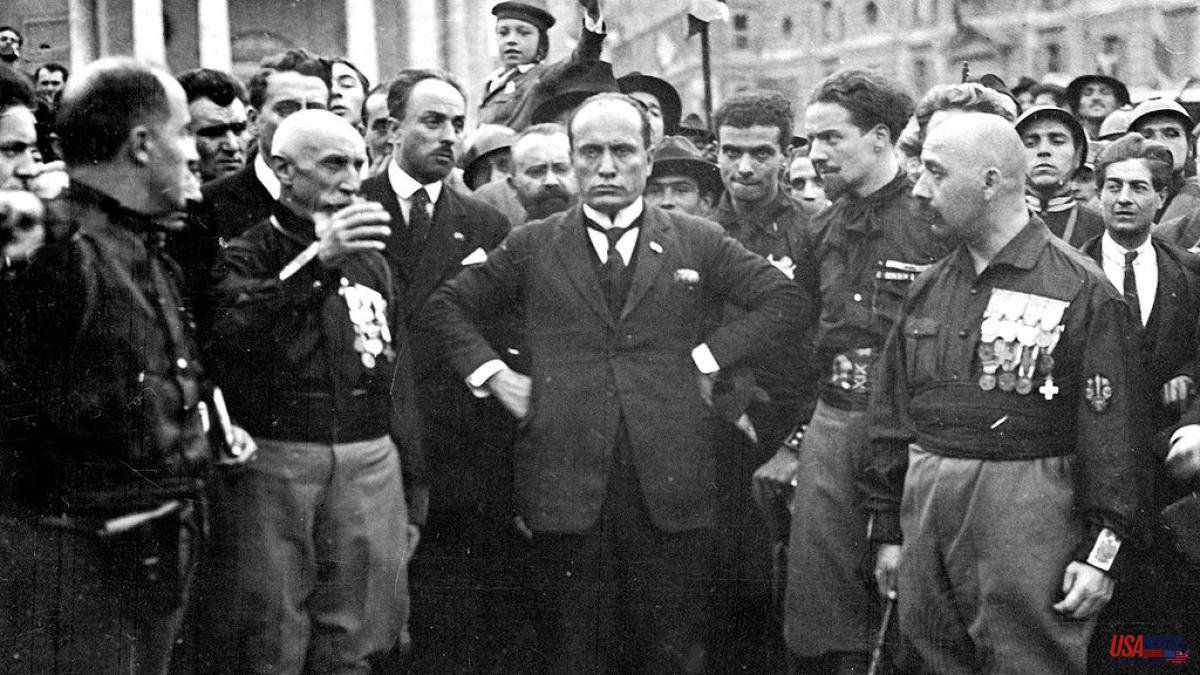 Today, Friday, Italy commemorates a dark centenary, that of the March on Rome, which on October 28, 1922 opened the doors to power for Benito Mussolini and thus began the darkest stage in Italian history. Emilio Gentile (Bojano, 1946), historian and author of several books such as Who is a Fascist (Editorial Alliance), is considered the greatest expert on those years and speaks with La Vanguardia days after the formation of Giorgia Meloni's ultra government.

What was the so-called March on Rome?

A slogan with which fascism justified its own insurrectional mobilization to impose Benito Mussolini's government, while at the same time he and the secretary of the Fascist Party, Michele Bianchi, negotiated to have a fascist presence in the executive. It was an insurrection that took place far from Rome, in the provinces where fascism had already dominated for two years with the force of squadronism. The decision to blackmail Mussolini's appointment as Prime Minister was made on the night of October 26 by Bianchi. There was no true and proper March on Rome because Mussolini obtained the commission to form a government on October 29, and only on the 31st the fascists who had massed around the capital, around 25,000, were able to parade in the capital with obviously other tens of thousands of fascists who arrived after the appointment. There was no March on Rome on October 28, but rather it was the date the regime chose to celebrate its victory in the first year of the fascist era.

Why do we imagine Caesar's troops over Rome?

It was part of the Italian national mythology that Garibaldi had started. Every time an attempt was made to impose a new government, the metaphor of marching on Rome was used. Fascism transformed it into a true myth, because the first ones who spoke about the March of Fascism on Rome were the socialists and the communists. In August 1922, faced with the expansion of the squadron domain in northern and central Italy, they said that fascism was preparing to march on the capital to conquer power. And it is what fascism effectively did when it was commissioned to form a government. True, the army could have put down the squadron militias, but they were already dominant in the main regions of northern and central Italy, so it was impossible to use legal force against the illegal force of fascism without sparking civil war.

There was no resistance.

None, or rather, there were situations like in Bologna or Cremona in which the army reacted to the squadron insurrection and there were 30 fascist deaths in total, but they were due to local misunderstandings. When the state of siege was revoked on October 29, the way was open for the fascists, Mussolini had been appointed head of government and there was no need for an armed imposition. There had been the blackmail. The March on Rome was a blackmail of a military force and the party that dominated much of Italy without being countered by legal force to obtain the government.

Why did the king resign so easily?

Not that he did it that easily. The generals warned the king that the army would have been faithful, but since they said it was better not to test them, without the intervention of the army the state of siege was meaningless. The main reason, in my opinion, is that he became aware of his decision to put the country at risk of civil war after other politicians in Italy, President Luigi Facta and all the other former prime ministers were secretly, and separately , ignoring each other, negotiating with Mussolini to bring him into government with some fascists. His decision was the consequence of the behavior of the liberal leaders who hoped to tame and disarm fascism in power.

Was the danger of fascism underestimated?

They all did it, including the socialists and the communists, because they did nothing during the days of the March on Rome to stop it. If they had even had a small general strike, they might have failed. While Mussolini went to Rome by night train to form a government, the socialist and communist leaders, by night train, went to Moscow to participate in the Fourth Congress of the International saying that nothing was happening in Italy.

Today marks the 100th anniversary of this event. Is it an uncomfortable anniversary due to the current Italian political situation?

I don't think so, because there is no relationship between what happened a hundred years ago and what is happening these days. Although it is the extreme right that is going to govern, it does so with the votes of the majority of the voters and with the natural procedure of a governmental succession. There is no attempt to march on Rome. Mussolini said that fascism in power was irrevocable, now Meloni does not use that adjective.

As a young man she was an admirer of Mussolini. Do you think that such a thought can be given up so easily?

A large part of the ruling class of the parties, from the Communist Party to the Christian Democrats, who founded the anti-fascist Republic, except for the leaders who had fought fascism for 20 years in exile, had been trained in the fascist regime, participated in cultural activities of the fascist party and when fascism fell, as was their right, they understood that they had made a mistake and converted to other ideologies. This is possible for Meloni too, I hope.

There are those who say that there is a danger of a return of fascism in Italy.

It's crazy because fascism has never gone away in Italy. We had the Italian Social Movement (MSI), the strongest neo-fascist party from 1946 to 1995, which later became a national right and has since been part of every Berlusconi government. Fascism has not returned, it has never gone away. But the anti-fascist Republic has survived for 70 years also with a neo-fascist party, which was free to exercise all its political activities, which participated in the election of anti-fascist and democratic presidents of the Italian Republic. Today there is no news, because Meloni has already been in government and the Republic has not died. My fear is that democracy itself is generating the risk of its destruction.

Has the word fascist been used too much?

For the communists from 1947 onwards, fascists were the Christian Democrats who were in government, not just the MSI. I am 76 years old and I have heard of fascists with Truman, with Eisenhower, De Gaulle, Nixon, Adenauer... When everything is fascism, nothing is fascist.

Have we learned to learn from history?