Elon Musk, pop icon at the stroke of Twitter

It's all about Elon Musk, who has gone from being a famous technology by the grace of Tesla, to a famous by fame. 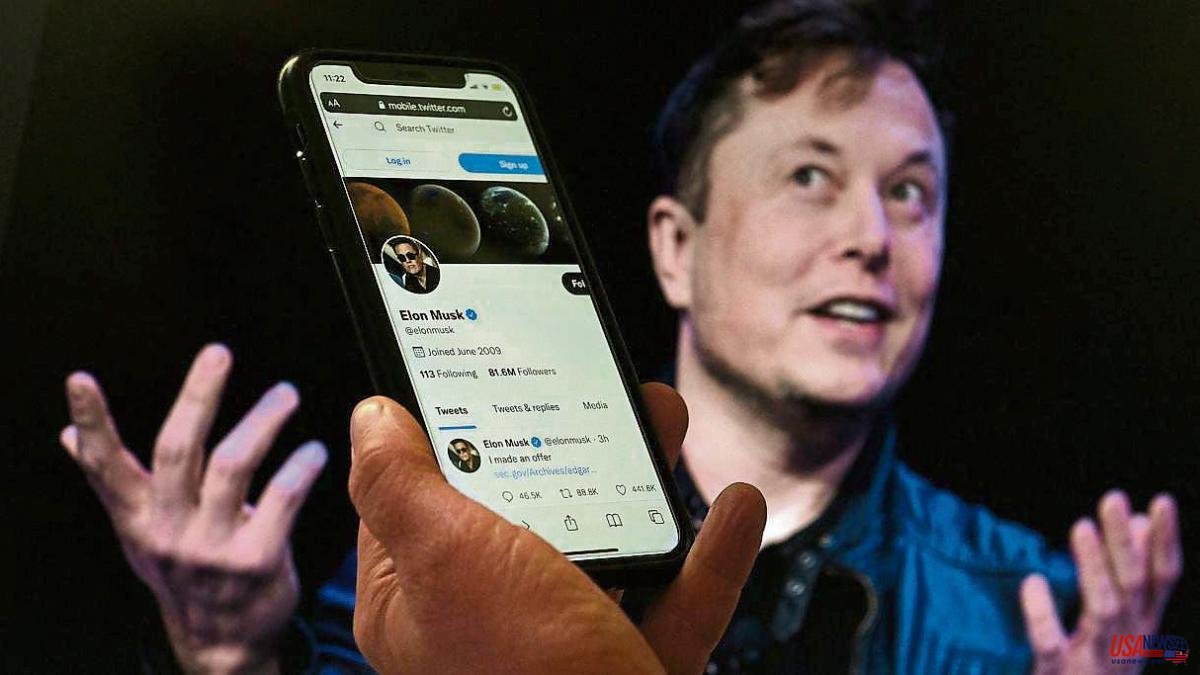 It's all about Elon Musk, who has gone from being a famous technology by the grace of Tesla, to a famous by fame.

Discretion is not exactly his forte. Unlike other mega-rich, Musk likes exhibitionism and being the center of controversy, even if it is at the cost of the soap opera with Twitter, an issue in which much of his fortune is at stake.

His media history has deep roots. Robert Downey Jr. used his image as inspiration to play Iron Man. Musk himself has been in charge of airing his affairs with actresses like Amber Heard or Talulah Riley and with the singer Grimes, and, of course, bragging about the achievement of being the man richest in the world. He shows off when he attends the Met Gala, the great glamor event in New York and has served as host of Saturday Night Live, a highly admired program on American television.

These are just some of the examples that have made him a kind of referent of pop culture. His participation in Twitter, where he has the record with close to 100 million followers, has earned him fame as "the main agent of chaos", as defined by The Washington Post, thanks to a unique combination of influential executive, eccentric celebrity and provocateur. polarizing.

That vision of a pop reference has only increased since the beginning of the saga about his Twitter purchase agreement for 44,000 million dollars last April, his recent request to "annihilate" the pact and the consequent demand of the platform for justice to enforce the merger.

His first response to this demand was raised last Friday. Musk required entry to the Delaware court, specializing in corporate disputes, to reject the expedited or quick procedure that Twitter requested for the trial to start in September. He argued that there is no rush and that the case is more complex and technical than the social network wants to imply.

According to his version, Musk had every right to break the agreement because the company had not offered him enough information about fake accounts and bots that the platform counts as real users.

In its response to the lawsuit, the electric car and space rocket entrepreneur draws the contrast of Twitter “dragging its feet” when it receives its petition about bots, but demanding a “lightspeed trial” at the request. time to ask for a resolution to the case.

Twitter indicated in its writing that Musk acted in bad faith, sowing doubts about the agreement practically from the first minute. “Having put on a public show to put Twitter on the line, and having signed an amicable buy-sell agreement, Musk believes that, unlike the other parties subject to Delaware contract law, he is free to change his mind, which comes out It's free to screw up a company, distort operations and destroy shareholder values."

In addition, the platform noted that Musk soon changed his mind due to worsening market conditions, which affected the decline of his personal fortune by more than 100,000 million dollars since the peak of November 2021.

Musk alluded to the irony of them talking about him acting in bad faith and insisting that he buy the company. His fans are delighted to have met him.