Esquerra Republicana and Junts per Catalunya have agreed to improve their level of internal communication on thorny issues, such as the relationship with the central government, and keep their discrepancies discreet, to avoid public disagreements. 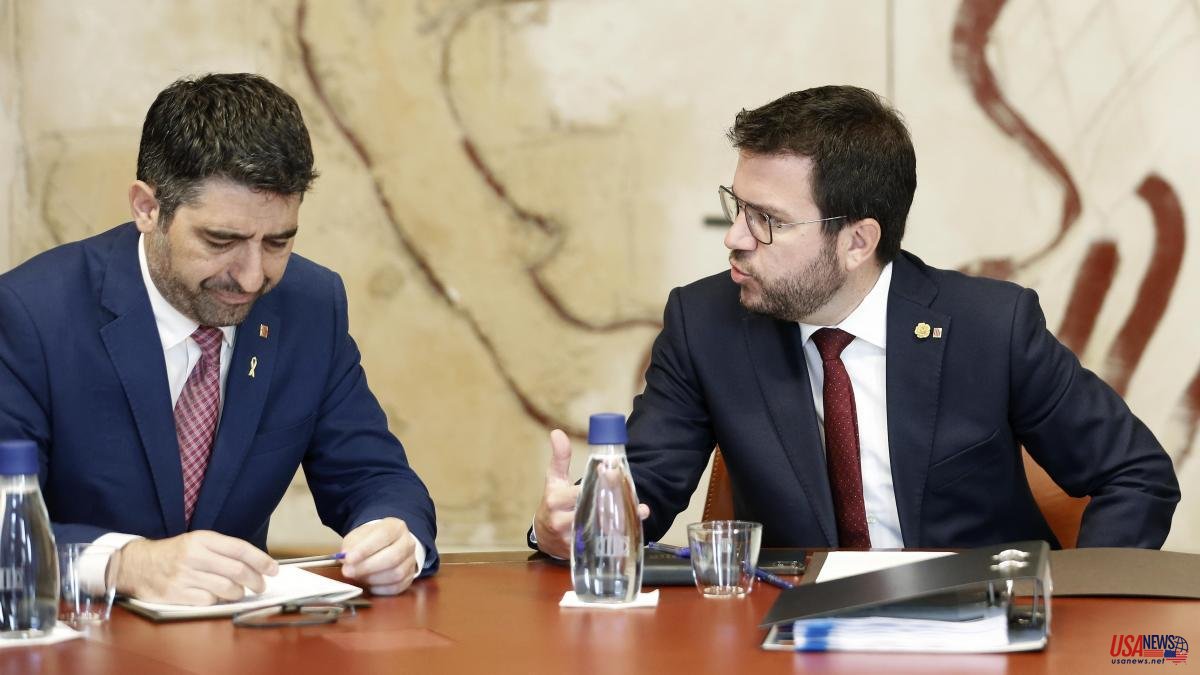 Esquerra Republicana and Junts per Catalunya have agreed to improve their level of internal communication on thorny issues, such as the relationship with the central government, and keep their discrepancies discreet, to avoid public disagreements. This agreement has come after several scuffles over the meeting between the Minister of the Presidency, Laura Vilagrà, and Minister Félix Bolaños. This was explained this Tuesday by the Government spokeswoman, Patrícia Plaja, at the press conference after the meeting of the Consell Executiu.

Of the call for that meeting, announced by Plaja at the press conference last Tuesday, ERC informed its partners only a few hours before explaining it publicly, which angered JxCat, who also does not agree with "unfreezing" relations with the Government of Pedro Sánchez without the case of espionage against independentists having been resolved, let alone doing it "unilaterally".

To try to smooth things over, this issue was addressed yesterday, Monday, at the meeting of the coordination body at the highest level shared by ERC and Junts, and, today, the Government spokesperson has admitted that both parties have committed to remedying it. "I know that in the last few hours the issue has been addressed", explained Plaja, who highlighted the "commitment" not only of the president of the Generalitat, Pere Aragonès, and the vice-president of the Government, Jordi Puigneró, but also of his two formations, to "make the maximum transfer of information when there is a meeting like the one last week" between Bolaños and Vilagrà.

The management of Junts, at yesterday's meeting of the executive, opted to strengthen coordination between the partners of the Catalan Executive with the mechanisms already provided for in the pact. The party of Jordi Turull and Laura Borràs wants there to be a weekly periodicity of the bodies that manage the day to day, known as 3x3, and that every two weeks or once a month, the 4x4 is also cited, where the maximum leaders of the two parties and of the Government.

The objective of JxCat is for there to be a greater degree of compliance with last year's legislature agreement and for the space for coordination and pro-independence strategy that was contemplated to be launched.

In addition to the summons to improve the exchange of information on the meetings with the Government, ERC and JxCat have also promised to "deal discreetly and privately with possible differences and discrepancies on the issue that may exist", as explained by Plaja, who He has admitted that he has been self-critical in the communication between partners: "There is always room for improvement in everything. The coordination bodies work, but surely they can work even better. This is what was discussed yesterday and what the partners called for: to make an effort to improve coordination".

And although he has recalled that in the Govern "nobody goes by himself" and decisions are made "by consensus", beyond "disparity of criteria or disagreements on issues", he has pointed out that Aragonès has "absolute freedom of agenda" and its institutional activity has a "life of its own".

In this way, he has replied to the voices of JxCat who demand that Aragonès consult them on whether or not he should meet with Pedro Sánchez before the summer holidays, as both presidents have agreed to do to try to rebuild their relations.

Precisely Sánchez and Aragonès coincided yesterday in an act in Barcelona and exhibited cordiality, although messages were exchanged: the Prime Minister redoubled his "commitment to dialogue, no matter how hard the disagreements may be", and the Catalan president demanded guarantees of compliance of state investments.