Come on, come on Argentina!

"Patriotism is believing that your country is superior to all others because you were born there. 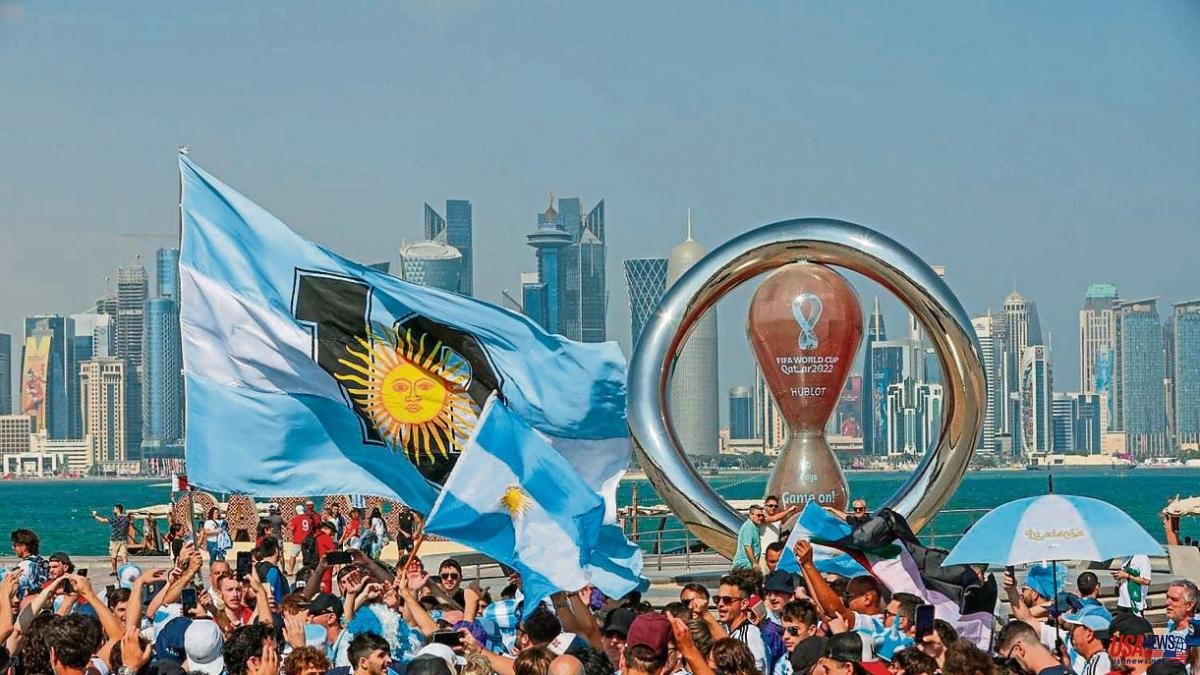 "Patriotism is believing that your country is superior to all others because you were born there." George Bernard Shaw

I keep two things from the weekend in Qatar. One, the discrepancy between the promise that the Qataris made when they launched their candidacy to celebrate the World Cup that "we love football as much as you do", and the reality with half an hour to go before the end of Qatar-Ecuador. The locals lost 0-2 and the third part of the stadium was emptied.

For some 20,000 members of the host supporter it was more important to avoid the traffic on the way home than to encourage their team to come back.

The second, more disconcerting thing, was discovering that I have something in common with the once redheaded, now bald president of FIFA, Gianni Infantino. Nothing to do with what we have on top of our heads, but with what we have inside. We both suffer from a mental illness known as “multiple personality disorder”.

With admirable courage, Infantino confessed as much in a speech in Doha on Saturday. "Today I feel Qatari, I feel Arab, I feel African, I feel gay, I feel disabled." Inspired by the example of Infantino, I will make my own confession: I feel British, I feel Spanish, I feel Argentinian.

As for the other, OK, fine. Let's go there. Fully aware of how delicate it is to admit it in the progressive times we live in, I will come out of the closet and admit it: I am not gay, I am straight.

And as for disability, I share the pain of the FIFA president. I suffer from it in various fields: when jogging, assembling an IKEA piece of furniture or learning to speak Catalan. What are you doing?

But let us focus on the issue of national identity. Except in times of war, or DUI's and illegal referendums, there are few things that highlight patriotic or anti-patriotic sentiment like a World Cup. Let's look at my case: the xenophobia I feel towards the English will burn more than usual during the next two weeks. (I hope there are only two). The fact that I was born in England is decisive. I know how they are. There is no more repellent tribal phenomenon than the one offered by the English when their selection wins. Brexit adds one more point to my desire for them to be knocked out the first time.

I am not alone. I mean, in terms of those who want England to be humiliated (for example, all of Scotland), but also in terms of the need that many more have to see teams from certain countries suffer. I think of Dutch happiness if Germany doesn't make it to the round of 16. I think of the mutual hatred between Croats and Serbs. I think of the fireworks that will fly over Barcelona (and not to mention Vic or Girona) in the event that Costa Rica, Japan or Germany defeat Spain in the coming days.

I really like the Spanish team, because of my mother from Madrid and her coach, the deliciously insane Luis Enrique. I will celebrate their victories, unless they play against the team I have always gone with for as long as I can remember (assuming that I absorbed some reason during my childhood in Buenos Aires). I am referring –and, obviously– to Argentina.

Apart from the fact that it was here that soccer first entered my veins, there is another factor that helps explain why I always want Argentina to win, especially in a World Cup. They hate the English. Argentina-England is the only intercontinental rivalry that is similar in intensity to Madrid-Barça, Celtic-Rangers or Fenerbahçe-Galatasaray.

Oh, and there is another reason to go with Argentina in this particular World Cup. I will explain. Some foreign journalists in Doha have been surprised to see that many immigrants from Bangladesh, that is, the workers who have built the stadiums, go to their deaths with Argentina. Obviously they weren't going to go to the death with Qatar (they've done that enough). I know Bangladesh and I know what is happening. In each World Cup, half the country turns maniacally with Argentina. Albiceleste flags everywhere. The reason is inexplicable, but perhaps no more inexplicable than any other expression of patriotic loyalty or xenophobia or nationalism, ancestral human follies that we unleash – luckily in a fairly harmless way – every time a World Cup arrives. 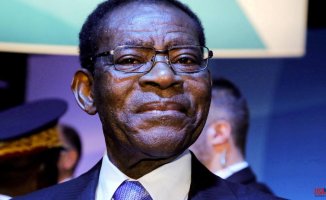 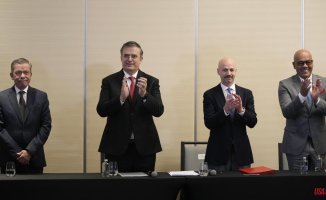