Ten years have passed since the death of Claudio Carudel, a name that perhaps says little or nothing to most fans of mass sports today, but who had his constant presence, in the afternoons of Carrusel Deportivo in the sixties 1970s and 1980s, when, between a goal at La Balastera and a penalty at the Bernabeu, the La Zarzuela or Lasarte racetracks slipped through, the results of the horse races and above all a name: Carudel, the golden blond, the eternal winner, the rider who altered the forecasts. 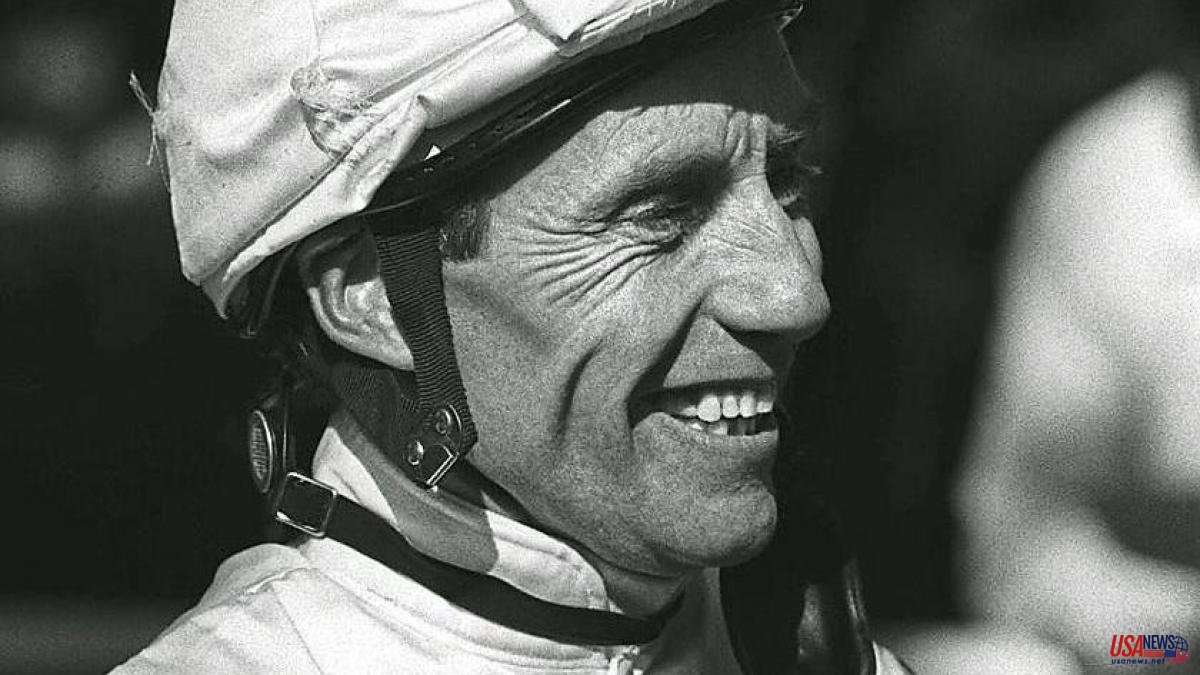 Ten years have passed since the death of Claudio Carudel, a name that perhaps says little or nothing to most fans of mass sports today, but who had his constant presence, in the afternoons of Carrusel Deportivo in the sixties 1970s and 1980s, when, between a goal at La Balastera and a penalty at the Bernabeu, the La Zarzuela or Lasarte racetracks slipped through, the results of the horse races and above all a name: Carudel, the golden blond, the eternal winner, the rider who altered the forecasts. It was not a question of betting on the best horse, but on the one mounted by Carudel.

Claude Carudel was born in 1938 north of Paris, in Chantilly, where, in addition to giving its name to the popular whipped cream, whose original recipe is attributed to François Vatel, the largest racehorse training center in France is located. His father was a trainer and led Claude into the world of horse racing. He competed for the first time in Madrid in 1957, signed a contract the following year and never moved from Spain, where he married in 1960 and four children were born to him. By then he had become for all popular purposes Claudio.

During some 30 years of activity, Carudel won nearly 1,500 victories in some six thousand competitions. He won the Madrid Grand Prix 12 times, the star event of the season, and accumulated millions of pesetas in prize money. The signing of him between stables was a matter of dispute. His intelligence in the race and the impeccable way of measuring forces and managing energies were pointed out. "He's a strategic wizard," he wrote to himself. And long before the novel by Nicholas Evans and the film adaptation starring Robert Redford, it was already said that Carudel "knew how to whisper to horses."

The equestrian tycoons fought over Carudel. His weight in the turf (races with bets) was indisputable. In 1968 he signed for the stable of the Count of Villapadierna but in 1971 he carried out a notorious transfer by going over to the enemy, the Rosales stable, owned by Antonio Blasco, where he remained for 21 years. The disgruntled count's sentence was epic: “Yes, he has bothered me. But it would have been worse if this Blasco had signed the cook for me”.

Carudel always praised the quality of his companions and was especially moved by two: the horse Chacal and the mare Teresa, whose unbeatable speed stood out. Without forgetting other mounts he had, such as Wildsun, Maspalomas, Todo Azul... His first triumph in Spain, in 1957, was with Abe de Fuego ("Abe as a tribute to the actress Abbe Lane", the protégé –and partner for 12 years – by Xavier Cugat). The Franco-Spanish rider proclaimed: “I trust horses more than men. They are honest and sincere, they will never stab you. I know it's a topic, but many just need to talk. The horse never forgets who cares for him, he whispers and gives him the sugar”. But at the same time, Carudel did not forget his responsibility in another statement to remember: “The finish line is always in the same place and the horses don't know that, the jockeys know it”.

Already in the Rosales stable, Carudel maintained a constant challenge against another great rider, Román Martín, the iron jockey, from the Mendoza stable. The one who was president of Real Madrid from 1985 to 1995 was also the owner of one of the most important stables, as well as manager of the La Zarzuela racecourse and promoter of a new form of betting, the horse racing pool.

Carudel kept to a strict diet throughout his career, with the goal of never going beyond his 120-pound fit weight. His friends explained that you could only eat with him in a restaurant on Mondays, the day after the races. When he retired, at the age of 49 in 1987, he did not see great successors: “You have to accept it that way, the boys today are taller and stronger. With a meter eighty-something you can go to the racetrack and work on a lot of things, but you can't be a rider”. If there ever was a sure bet, he was called Carudel.