Chanel talks about her song for the Qatar World Cup: "If I go, I'll go with my hypnotic ass"

Chanel doesn't give up on music and has just released her second single, called TOKE, a song that will be part, along with SloMo, of the album that will be released in the coming months. 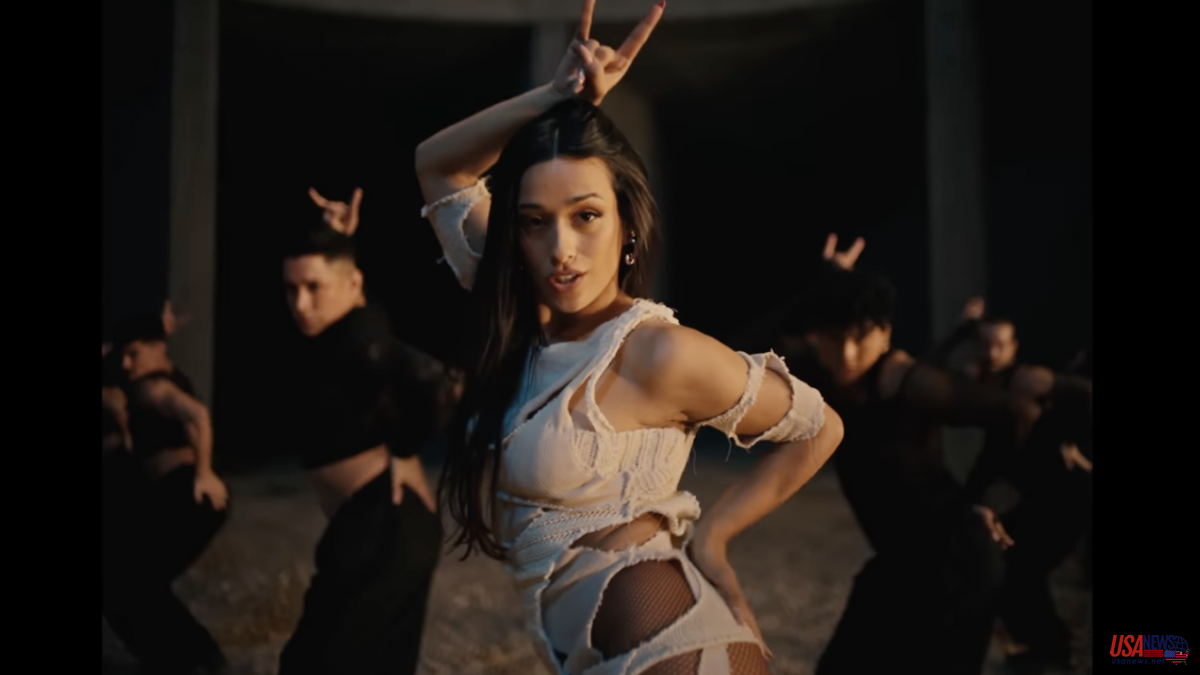 Chanel doesn't give up on music and has just released her second single, called TOKE, a song that will be part, along with SloMo, of the album that will be released in the coming months. She is more, the last Eurovision representative of Spain continues to have the support of RTVE that she has had since she decided to make the leap to music and appear at the Benidorm Fest.

Moreover, his song has been chosen by the public network as the official anthem of the Spanish soccer team for the World Cup in Qatar that will be held next November. In addition, the actress is still immersed in her career in the world of acting with a role in the Movistar Plus series El Inmortal.

This week, Chanel Terrero, 31, has published her latest song TOKE and has also presented the video clip, which has already accumulated more than 700,000 views on YouTube. This theme has been chosen to accompany the Spanish soccer team in the World Cup in Qatar. In a recent interview with the newspaper El Mundo, the singer has been very happy with the result of her song and the reception she has received from her followers.

The shadow of the controversy of the World Cup in Qatar, which will be held in a country where universal rights are not respected and women and LGBTI people suffer discrimination, will accompany the world of football in the coming weeks. In this sense, the actress has not wanted to remain silent and has shown her opinion regarding the subject.

Chanel has defended her work on the soundtrack of the Spanish soccer team, which despite all the criticism has gone ahead with its participation in the World Cup, arguing that its essence is that of a woman who stands up, empowered and who feel “sexy” in a bodysuit or turtleneck top without worrying about what they'll say. For Chanel, it is important to transmit this message, and even more so in a country like Qatar.

Also, Chanel has revealed in the El Mundo interview that no one has called her to go to Qatar to sing, but if she did, she would not change anything she has been doing until now. In the event that the opportunity arises and I decide to travel to Qatar, "I am going to go with my message, with my team, where there are people from the LGTBIQ community, with my video clip where there are two women kissing, and where I am still me and there is a plane of my 'hypnotic booty' (hypnotic ass) doing 'shaking' (shaking)", the actress has clarified firmly and has assured that she will continue to be faithful to what she proclaimed in her LGTBIQ Pride speech in Madrid.

As for their future album, which still does not have a release date, Chanel has announced that they are still in the creative process and that they cannot say much. Of course, she has revealed that the album will be full of Latin, urban and Anglo-Saxon rhythms and that to do so she has been inspired by artists such as Gloria Stefan, Beyoncé and Nathy Peluso, among others.