Carlos Sainz begins to focus on the 2023 World Cup with the ambition of fighting for the title. 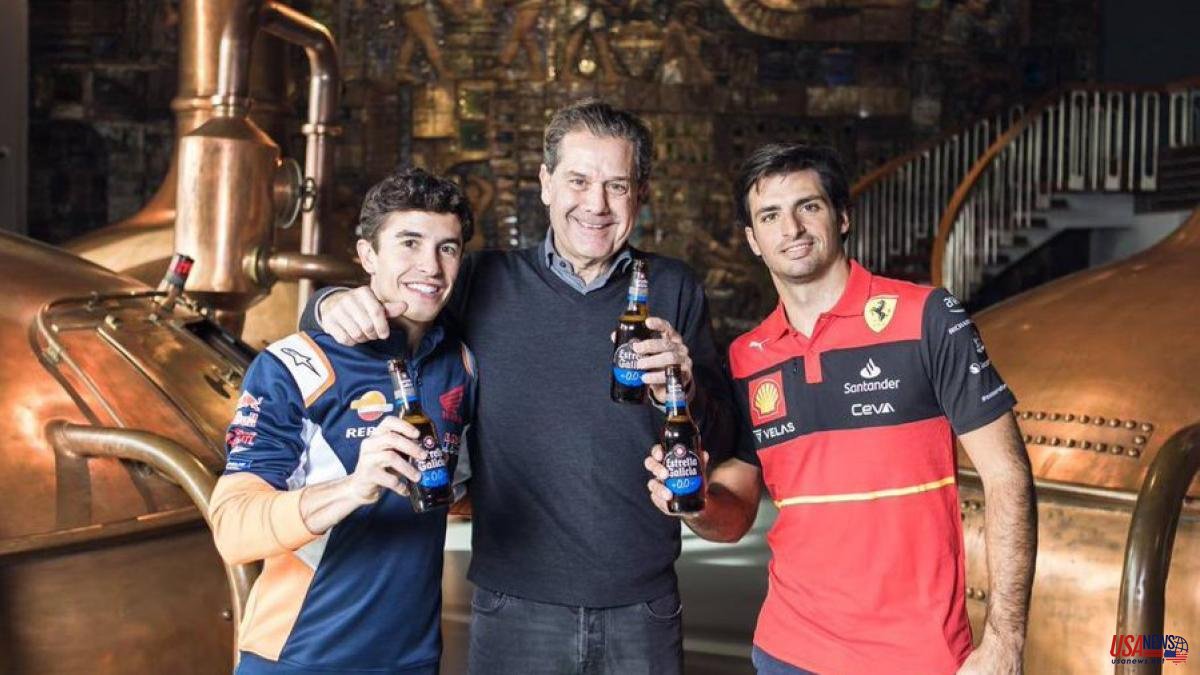 Carlos Sainz begins to focus on the 2023 World Cup with the ambition of fighting for the title. The arrival of Fred Vasseur as head of the Scuderia may be an "extra motivation" to build a winning car that allows them to aspire to an elusive title since 2007. The driver, coming and going from Maranello to Madrid preparing the new car , made a stop in A Coruña with Marc Márquez to participate in an act of their common sponsor, Estrella Galicia 0,0, in the MEGA museum of the beer company.

Encouraged by the executive president of Estrella Galicia, Ignacio Rivera, Carlos Sainz launched into expressing his ambition for 2023. "I am sure that we are going to fulfill the dream and that we are going to celebrate it," said the Galician businessman. The pilot was not cut, very Galician: "I see it close (the title) and at the same time far away."

And he explained: "Close because I am in one of the best teams in the world, with the most successes in history, but we are in a time of F1 with a high level, with Red Bull and Mercedes making winning cars and with a level of drivers very high on the grid. I'm going to put the intention and the desire year after year, and then you have to give the circumstances, have the best car and know how to take advantage of it".

These were his reflections:

"The 2022 World Cup was the first year with a very competitive car that allowed me to win a race, take pole positions and be in front. I am sure that next year I will be a better driver and I will know how to make the most of it."

"There are many good things about this 2022 season and I will remember my first pole position, my first victory, the 9 podiums, and also the hard moments like the start of the season with two consecutive retirements, when the car was better and not I felt comfortable and it was difficult for me to win races, or the last ones, that the car was not ready to win, or the accident in Austin when they hit me from behind at the start".

"The goal for next year is to have more high peaks and fewer lows, and have a consistent season, and score a lot of points, and see where it takes me. The goal is to be consistent if I want to win the World Cup. I already know how to win races and I will try to do it more often next season. Going back to being the consistent Carlos of 2021, in which I was in the points all year, you can dream".

"It is a change that we hope will be for the better. Whenever a new person arrives there is extra motivation to do well and the team will try to take a step forward. We have to give Fred time. At Ferrari there are 1,200 people and he will have to see what changes he needs the team. It's going to take time. I know him from the days of Renault when he wanted to sign me and we had contacts and negotiations. Yesterday I picked up the phone and had my first contact as a Ferrari driver".