Carlos Alcaraz is already in the semifinals of Umag

The Murcian tennis player Carlos Alcaraz, number 5 in the world and who is completing a dream year, has qualified for the semifinals of the Umag tournament (Masters 250) after beating the Argentine Facundo Bagnis by a clear 6-0 and 6-4. 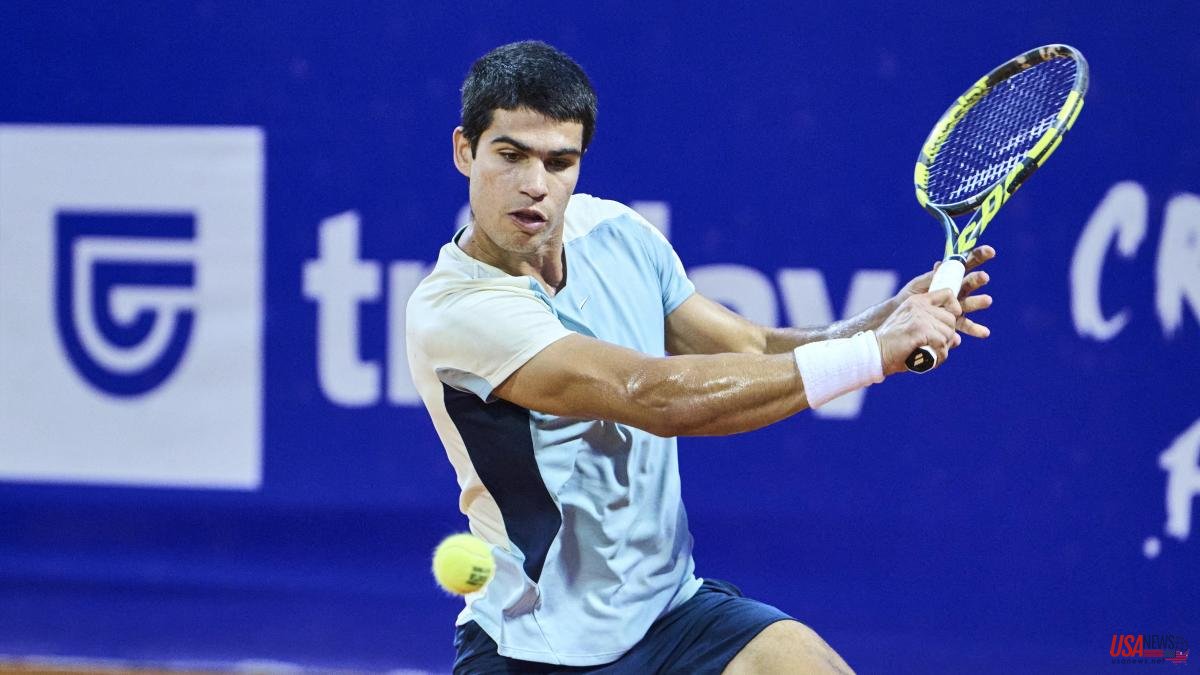 The Murcian tennis player Carlos Alcaraz, number 5 in the world and who is completing a dream year, has qualified for the semifinals of the Umag tournament (Masters 250) after beating the Argentine Facundo Bagnis by a clear 6-0 and 6-4. The Spaniard, first seeded in the bullfight, will face off tomorrow with the Italian Giulio Zeppieri.

In the first set, Carlos Alcaraz did not give Bagnis, number 120 in the world, any chance. The Spaniard has been very comfortable at all times and has won the first set by an incontestable 6-0.

In the second set, the match was even, although Alcaraz has always given the feeling that he had the match under control. He got a vital break in the second game of the second round and although he ended the match suffering, saving a break point when he served to win the match, he ended up taking the victory.

Now, only two matches separate Alcaraz from defending a title that he already won in 2021. In fact, it can be said that it all started in Umag, as it was in this tournament that Alcaraz won his first ATP title. It was against a veteran Richard Gasquet, who became number 7 in the world in 2007.

This Saturday afternoon, Carlos Alcaraz will face the Italian Giulio Zeppieri, a 20-year-old Roman tennis player, number 168 in the world and with whom he has never played in an official match. It will be around 5:30 p.m.