CaixaBank considers the new tax to be unfair, distorting and counterproductive

The CEO of CaixaBank, Gonzalo Gortázar, has today been especially critical of the new tax announced on banks. 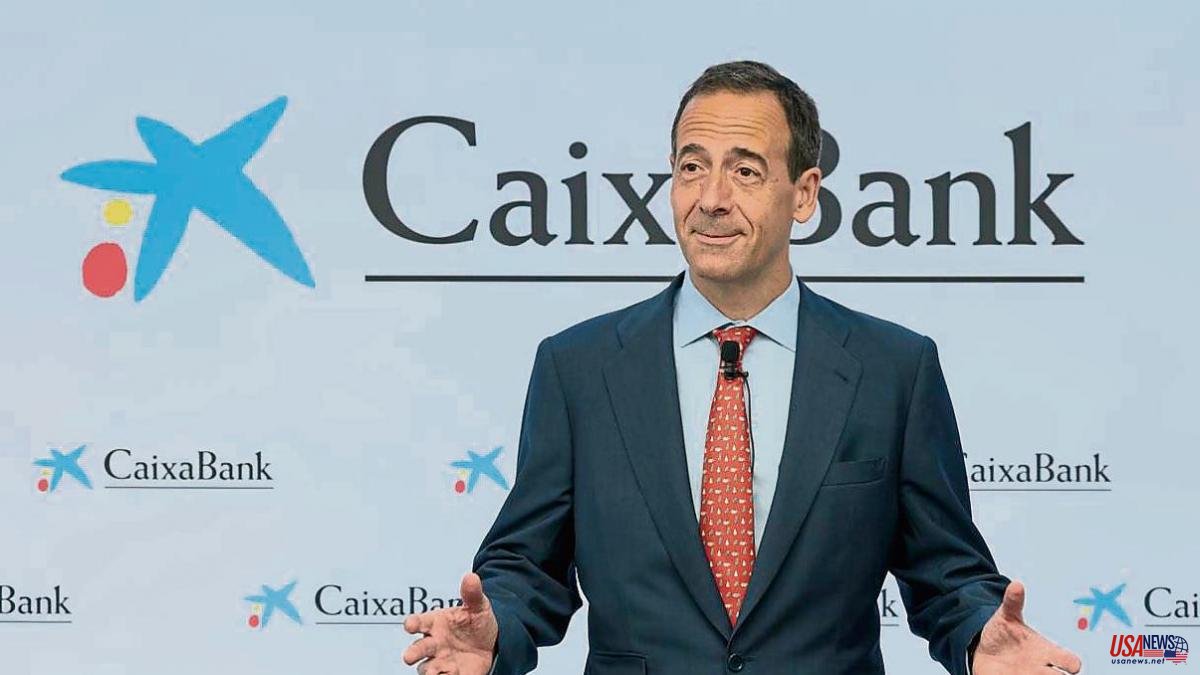 The CEO of CaixaBank, Gonzalo Gortázar, has today been especially critical of the new tax announced on banks. In a telematic press conference from the group's headquarters in Valencia, the banker described the measure as "unfair, distorting and counterproductive".

He said it after reporting half-year profits of 1,573 million euros. It is 62.4% less than last year when the bank recorded the accounting results derived from the absorption of Bankia. If this accounting effect is excluded and compared in homogeneous terms, profit grew by 17.1% in the period.

Gortázar has revealed that the first estimates of how much CaixaBank will have to pay this year for the new tax are between 400 and 450 million euros. That means that the entity will assume about a third of the global collection.

The manager has considered the measure unfair because "it has been proposed on the basis that the entities have high extraordinary results" and in his opinion they are low, an average of 5.37%. The distorting effect of the rule - in Gortázar's opinion - is that only the largest entities pay it and it goes against "European regulations" that asks to pass on all the costs to the client. As for the counterproductive effect, Gortázar pointed out that credit will be more expensive and recalled that "when there is a crisis and a strong financial sector, the crisis is less serious."

In a statement, the bank has reported today that the improvement in profits is due to the "strong increase in commercial activity and the synergies of the integration" with Bankia. The interest margin -which is where the new 4.8% banking tax is expected to be applied- was 3,275 million, 3.6% less.

CaixaBank has highlighted that "the growth in results is also supported by the 5.6% decrease in recurring expenses due to the synergies of the merger and the 16.8% reduction in loan-loss provisions".

CaixaBank's CEO, Gonzalo Gortázar, underlined in a statement that "we have completed a very positive first half, combining the final phase of the integration process with Bankia with strong growth in our commercial activity".