Burma's government-in-exile denounced on Monday an aerial bombardment carried out on Sunday by the military junta in power during a music festival in the north of the country, which left "numerous" dead, including "some artists and many civilians" . 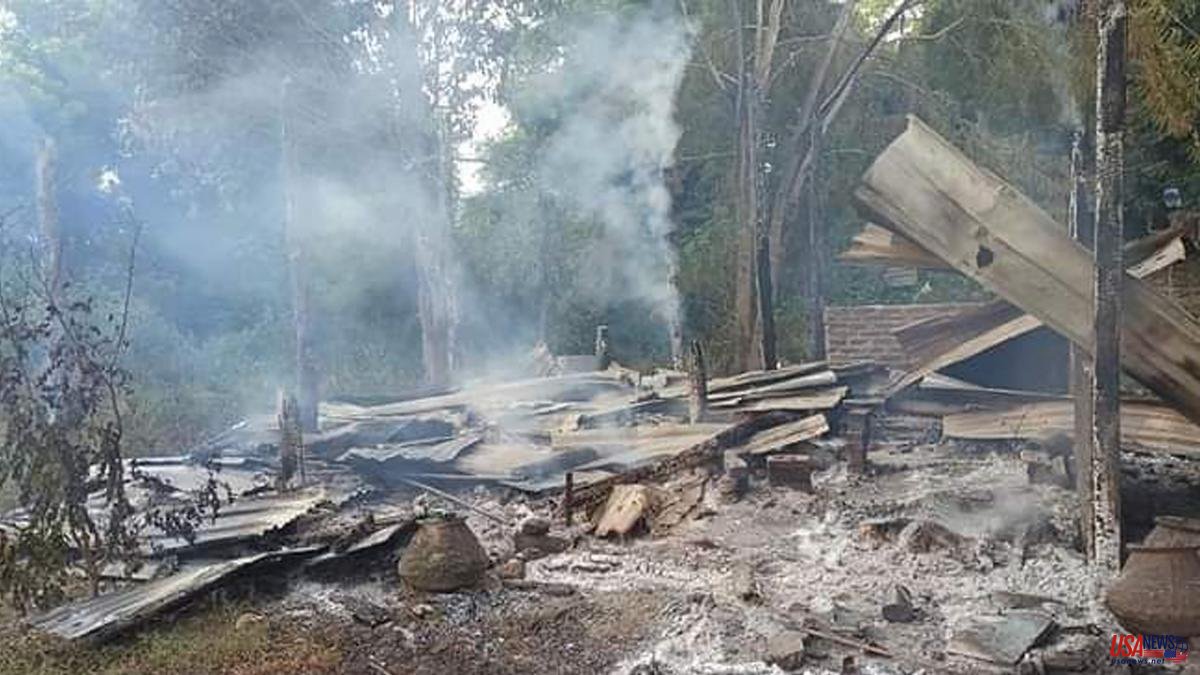 Burma's government-in-exile denounced on Monday an aerial bombardment carried out on Sunday by the military junta in power during a music festival in the north of the country, which left "numerous" dead, including "some artists and many civilians" .

A statement from Burma's opposition Government of National Unity said that four Burmese army warplanes "bombed and attacked the music concert" that was held Sunday night to commemorate the 62nd anniversary of the founding of the rebel Organization for the Kachin Independence (KIO), in a region controlled by a guerrilla of the Kachin ethnic group.

"The terrorist army has deliberately committed another mass murder with aerial bombardment by targeting the audience of a big concert," said the government-in-exile, made up mostly of former members of the National League for Democracy (NLD). , the party of deposed leader Aung San Suu Kyi.

According to information from different local media, the balance of fatalities would range between 30 and 50, most of them civilians, and would include some singers.

The news portal Kachin News also pointed out that there are more than a hundred wounded, who would not be receiving assistance because the military keeps the area fenced off.

A video published by this medium shows the great damage caused in several buildings by the alleged air attack, which has been condemned by various NGOs and international institutions.

"This attack underlines the responsibility of the military regime for the crisis and instability in Burma and the region and its disregard for its obligation to protect civilians and respect the principles and norms of international humanitarian law," said a joint statement issued by representatives diplomats from various countries, including Australia, Spain, Germany, the United States and the United Kingdom.

The regional director of Amnesty International (AI), Hana Young, spoke along the same lines, noting that "the army has shown ruthless disregard for the lives of civilians in its growing campaign against opponents" and urged the armed forces to allow “immediate” access to doctors and humanitarian assistance to those injured in the air strikes.

"Burma's military has been committing widespread atrocities since the 2021 coup, including unlawful killings, arbitrary arrests, torture and forced displacement of civilians," it added.

The Burmese Army, which ended the fledgling democracy in the country through a coup on February 1, 2021, has routinely resorted to airstrikes to punish opponents of the military regime.

On September 16, an aerial bombardment from army helicopters that affected a school inside a Buddhist monastery and the subsequent ground assault left at least eleven children dead in the northwestern region of Sagaing.

The military coup d'état has plunged Burma into a deep political, social and economic crisis, and opened a spiral of violence with new civilian militias that has exacerbated the guerrilla war that the country has been experiencing for decades.

At least 2,377 people have been killed since the coup at the hands of security forces, who have shot to kill peaceful and unarmed protesters, according to the Burmese NGO Association for the Assistance of Political Prisoners.