A taça do mundo é nossa” (the world cup is ours) the Brazilian deputies could sing in unison, if they were able to do something together in these harsh times. 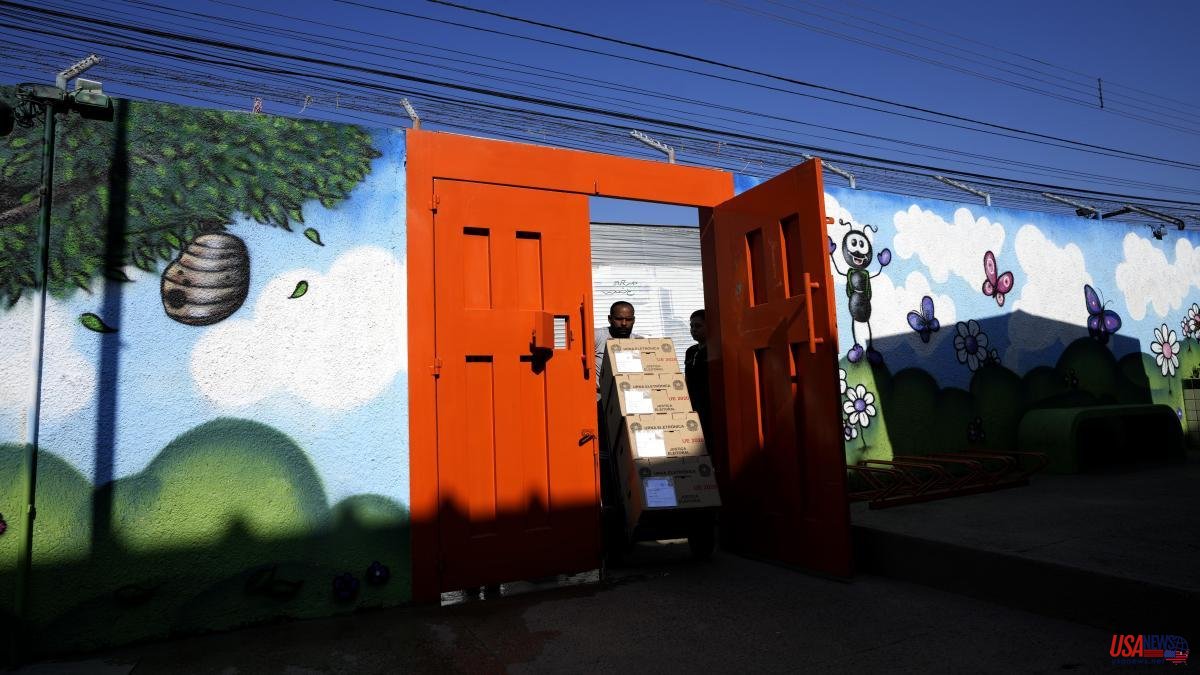 A taça do mundo é nossa” (the world cup is ours) the Brazilian deputies could sing in unison, if they were able to do something together in these harsh times. They would not celebrate a soccer title, but another, as indisputable as it is explosive, that of having the most fragmented lower house in the world, according to political science. In 2018, the first party obtained 11% of the 513 deputies, from 30 different formations. This atomization and the need for the Government to agree with the Legislative, in the so-called "coalition presidentialism" creates the breeding ground that contributes to corruption, to tremendous scandals such as Mensalão or Lavajato. Support is achieved by convincing or buying. Electoral measures come into force today that should mitigate this rampant fragmentation.

The trophy has been awarded to Brazil for years by Michael Gallagher, a political scientist at Trinity College Dublin and creator of the most widely used index of electoral disproportionality. Every year he publishes a table with this and other rates, which includes parliamentary fragmentation. Brazil appears with its 16.46, from 2018, far behind Belgium, with 9.70 and the Netherlands, with 8.54. Brazilian values ​​were already very high since the end of the dictatorship in the 1980s, but since 2010 they have skyrocketed.

In his didactic book ¿Representatives of whom?, the Brazilian political scientist Jairo Nicolau attributes to his country, albeit without all of Gallagher's numerical apparatus, a world sub-championship, only behind Italy, that of parliamentary turncoat, albeit in Brazil , making the literal translation, it is called in a much more elegant way, "party migration", which indicates that it should not be very frowned upon by society. They are used to practice a third of the deputies. Although justice tried to stop it, the turncoats found tricks to continue the dance, such as creating new parties.

PDC, PPR, PPB, PP, PTB, PFL, PSC, PSL, PSL, AB and PL. These are the eleven acronyms in which the far-right former captain Jair Bolsonaro has militated. The first nine correspond to his 28 years as a deputy, a member of the "lower clergy" as they say in Brasilia, and the last two, to his four years as president, who called covid-19 "little flu" and opposed to social distancing.

Instead, the leftist Lula da Silva, who cut his teeth in the trade union struggle against the dictatorship, has only been a member of the Workers' Party (PT). His contortionism is not about acronyms. He took him from being the "son of the people" to promiscuous and, for a significant part of the population, corrupt relationships with the biggest businessmen. He has made all kinds of alliances with his vice-presidential candidates, from the leftist Brizola to the conservative Alencar and the current center-right Geraldo Alckmin, who was his rival in the 2006 second round.

Twenty years ago, when Lula won for the first time amid delirium and intoxicating hope, his partner Alencar was a member of the Liberal Party (PL), the acronym by which Bolsonaro presents himself today. “Party migration” is the other national sport. Former President Collor de Melo, overthrown for corruption, who is running again today for governor of his state, Alagoas, went through nine parties.

The third in the polls, although at a starry distance from the first two, Ciro Gomes, has belonged to five parties, in addition to having been a minister with the PT. Even former judge Sergio Moro, the former Lavajato star magistrate and later the minister who fiercely broke with Bolsonaro, debuts today at the polls, as a candidate for the Senate for Paraná, after two years already having been in two parties.

The strong personalization of Brazilian politics is related to its open-list proportional electoral system, the one that has longed for so much in Spain and that in Brazil was perverted through coalitions. For the Chamber of Deputies, which is elected today, you can vote for the party or the candidate. Afterwards, the seats are distributed by lists and awarded to those with the most votes.

In 2002, the doctor Vanderlei Assis was elected deputy for São Paulo with 275 votes, compared to 84,119 for Celso Pitta, from the PSL, who was left out. Assis was from Prona, whose leader, Eneas Ferreira Carneiro, swept it away with 1.5 million votes, which gave him one seat and another for his top five colleagues, regardless of his votes.

In the coalitions there were bizarre situations, such as allied candidates who supported opposing candidates for president and numerical paradoxes, such as that of Pernambuco in 2014. With 8.6%, the PT did not get any deputies, while six forces did with between 3.1% and 1.8%, two of them from their alliance.

The coalitions were different by state, conditioned by the elections for governor and favored the small parties, according to the political scientist Nicolau. With the constitutional reform of 2017, which is applied today in general elections for the first time, they are prohibited, except for single-person positions, such as president. Federations are allowed, which oblige the parties to four years of joint work, since until now in Brasilia each party constituted its separate parliamentary group.

With his 0.001% of the votes of São Paulo in 2002, Vanderlei Assis would not be a deputy now, since barriers have been established for the attribution of remains. The threshold for receiving public aid has also been raised.

In the municipal elections of 2020, this reform was very noticeable in small municipalities and little in cities. Now there are estimates that the number of parties in Parliament could be reduced by up to a third and fragmentation could drop, but it is unknown. Yes, there is more consensus in expecting a camera turned to the right, although not as much as in 2018. It will be the one that Lula will have to deal with, except for great surprise or very serious conflict.