Borja Iglesias does not forgive and punishes Girona

Girona had to live the most perverse face of the First Division in the Betis field, where it went ahead, was better than the Cup champion for more than an hour and suffered a cruel defeat. 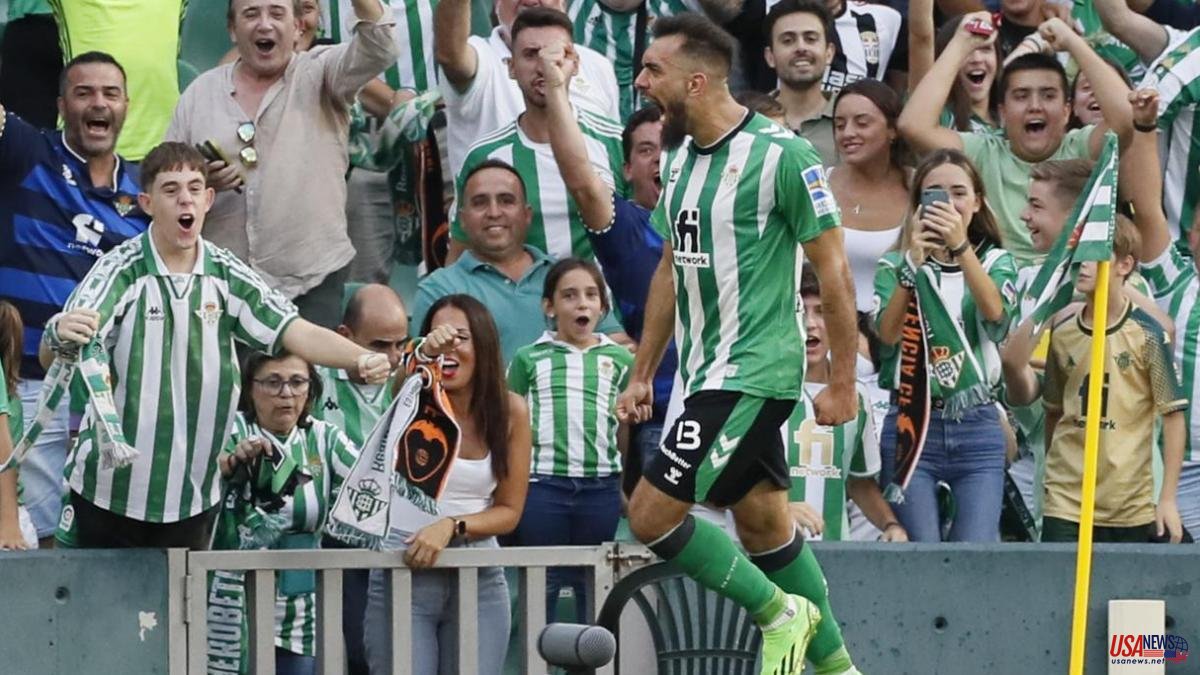 Girona had to live the most perverse face of the First Division in the Betis field, where it went ahead, was better than the Cup champion for more than an hour and suffered a cruel defeat. Borja Iglesias celebrated his call-up to the national team with a brace. The striker showed no mercy.

The eight casualties force Míchel to repeat the team that beat Valladolid. The positive part is that the players have found a continuity that suits the Girona team well, with that mix of youngsters, loaned from different youth academies and footballers who achieved promotion.

Betis is also forced to play without Fekir or Juanmi, two of its mainstays. But between that and the kilometers of the Europa League they do cause the Verdiblanco game to be slower and thicker than usual.

One of the teams with a more marked profile in the League, who likes to have and know what to do with the ball, was unrecognizable. Merit of an immeasurable Girona that disfigured the Betis for more than an hour in Villamarín, which is a fort.

The visitors did not go out intimidated to the field. No way. But they became owners of the party from the beginning, uploaded to the office of Oriol Romeu, to the direction of Rodrigo Riquelme, to the constant threat that is Castellanos and to the incursions of Miguel, a real headache for Montoya in his reappearance.

Between the Atlético youth midfielder and the full-back formed by Madrid, they made it 0-1, a high-quality partnership. Riquelme opened to the left at the right moment and Miguel unbalanced on the inside until he saw the gap through which to assist Arnau, who entered alone on the other flank. From lane to lane, Girona was ahead.

The advantage did not last long because Rodri knew how to get a penalty from a push from Bernardo on the edge. The winger took the rebound ball and the center put his arm to stop him. Borja Iglesias was in charge of transforming the maximum penalty with a formidable shot that Juan Carlos touched.

The 1-1 was misleading and did not alter the plan of a Girona, which did not change its coach for the red either. It was still better but it was not right. Reinier meekly headed a great delivery from Miguel and the Brazilian found the post right after the break. A high shot from Riquelme in a clear position even caused whistles from the stands to see his team at the mercy of a recently promoted player.

The first ball that Samu Sáiz touched was fatal. He had just entered for Riquelme when he wanted to delay for Bernardo and did not see Borja Iglesias. The striker kept the ball and stood up to Juan Carlos, whom he beat one on one. A cruel goal for Girona's proposal, due to the form (an error of their own) and due to the psychological blow that the rojiblancos took, after dominating, having chances and forgiving the 1-2.

But it can still be the most atrocious elite because in the added period, Manu Vallejo saw how the tie was annulled at two due to offside. Too much punishment in Villamarín.