Drops were falling in Utrecht when Burgos-BH, the first team to take the start of the Vuelta 2022, started. 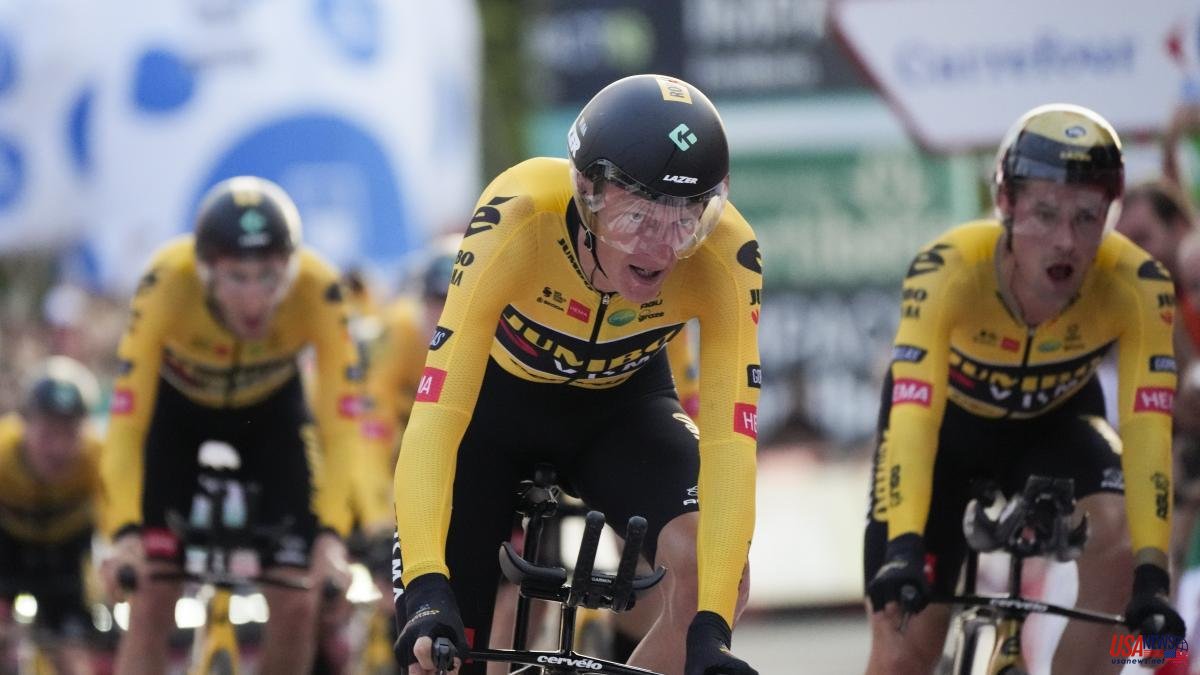 Drops were falling in Utrecht when Burgos-BH, the first team to take the start of the Vuelta 2022, started. But umbrellas were hardly seen among the crowd that crowded the sidewalks of the streets to watch the team time trial. The fans did not want to miss their team, the Dutch Jumbo. When it was Roglic's team's turn, the sun was already out – in the end no one ran in the wet. And the Jumbo was a prophet in his land with an exhibition that the Van Aert, Laporte, Benoot and Vingegaard could have signed a month ago in France.

Only they weren't. He didn't care. Rohan Dennis, Affini, Chris Harper, the sprinter Teunissen and Primoz Roglic, the Slovenian who is seeking the record of winning four consecutive Laps, were enough. At 56.676 km/h they covered the 23 kilometers through the streets of the hometown of the athlete Dafne Schippers or the footballer Marco van Basten. They were the only ones who reached the finish line with all eight members. They were so overmatched that they allowed the climber Sepp Kuss to spend the entire stage at the bottom of the group, without taking over. And, to round it off, they decided that the 36-year-old veteran Gesink would be the first to cross the finish line to be the first leader after destroying Ineos' time.

In the kingdom of Jumbo it is almost always a party.

A party of colors. Two stages and the best climber's jersey, which is blue, were taken from the Giro. Six stages, the yellow jersey for Vingegaard and the green jersey for Wout van Aert's regularity in the Tour. And, for now, a stage and the first red jersey of the Vuelta. The Jumbo does not spare a single one.