Benzema, chosen as the best player in the Champions League

UEFA, through its panel of technical observers, has named Karim Benzema the best player in the Champions League that just ended on Sunday in Paris. 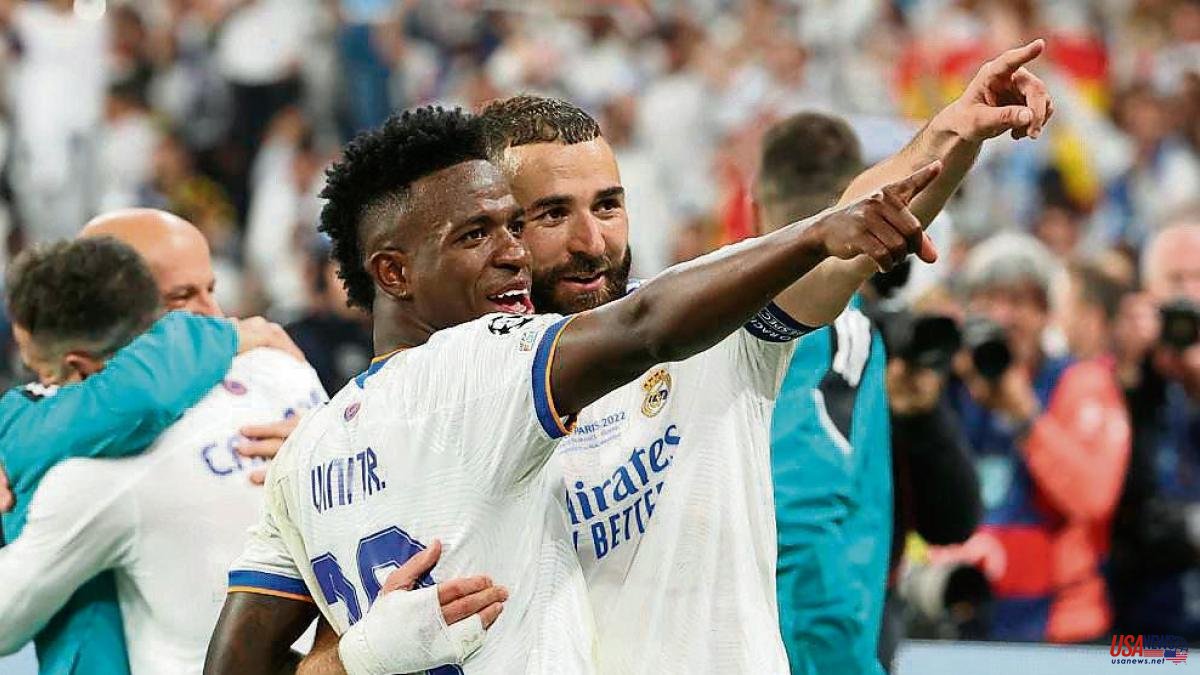 UEFA, through its panel of technical observers, has named Karim Benzema the best player in the Champions League that just ended on Sunday in Paris. The decision was sung despite the fact that the French striker did not have a stellar game against Liverpool, but he has completed, at 34 years old, the best season of his career. The award will give him a boost in the race for the Ballon d'Or, in which he is the top favourite.

Benzema has also been the top scorer in the League, with 27 goals. In total, among all competitions, he has scored 44 goals in 46 games, figures that only Cristiano Ronaldo has surpassed in Madrid. Benzema's tally in this Champions League is fifteen goals (two shy of Cristiano's absolute record) and one assist.

UEFA has also chosen Vinícius Junior, the scorer of the goal that decided the final, as the best young player of the tournament. At 21 years old, Vinícius finishes this Champions League with four goals and six assists, a figure surpassed only by Bruno Fernandes of Manchester United.

This has been the season in which Vinícius has exploded, traditionally a man without a goal and obfuscated every time he entered the area. Everything has changed with Ancelotti, who gave him the confidence that Zidane denied him. The Brazilian, in all competitions, has played 52 games and has scored 22 goals (17 in the league) and provided 16 assists (10 in the league).

The ideal eleven of the Champions League, as has been traditional, has the majority of players who played in the final. There are four Real Madrid footballers in it: Courtois, Modric, Vinícius and Benzema; four from Liverpool: Alexander-Arnold, Robertson, Van Dijk and Fabinho and one from Chelsea, Rüdiger, a signing that Madrid has already made; one from Manchester City, De Bruyne and another from PSG, Kylian Mbappé.