Barcelona postulates itself as the capital of music

The decision to organize a massive concert in the midst of a pandemic, which many people considered reckless, could end tragically or, on the contrary, serve to promote Barcelona as a city where the music sector was capable of allying with health professionals to find imaginative solutions. 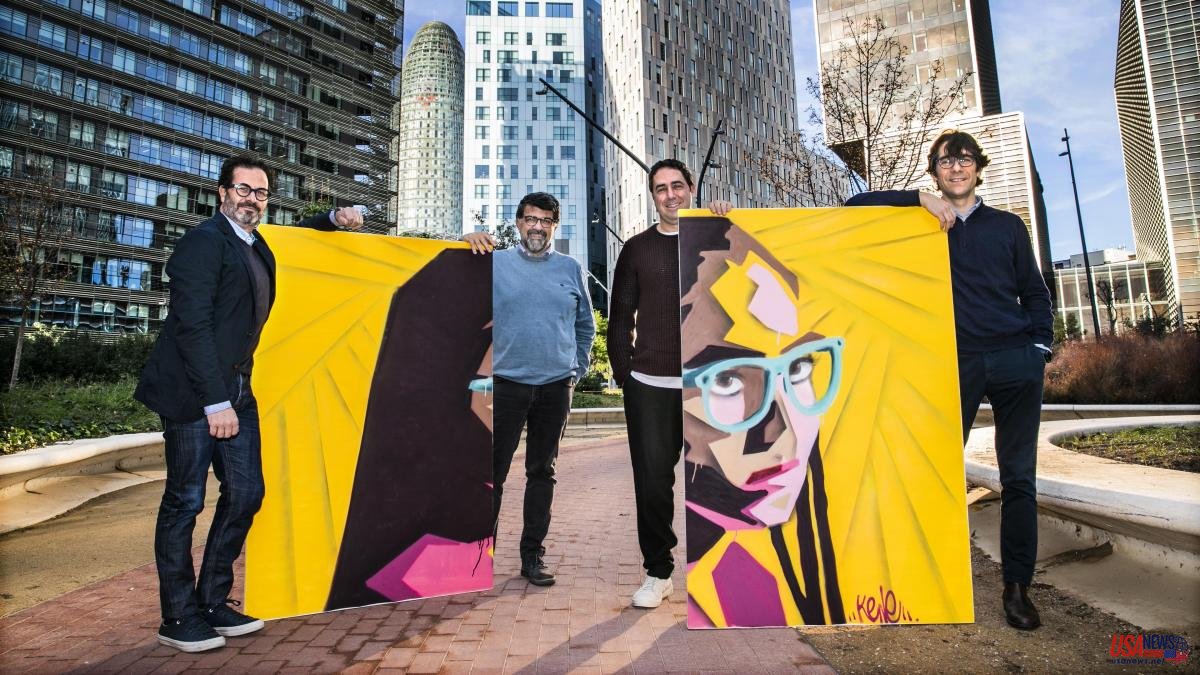 The decision to organize a massive concert in the midst of a pandemic, which many people considered reckless, could end tragically or, on the contrary, serve to promote Barcelona as a city where the music sector was capable of allying with health professionals to find imaginative solutions. at a time of strong restrictions.

The performance of Love of Lesbian in front of 5,000 people at the Palau Sant Jordi was a success that was echoed by the international press. So much so that it gave rise to some of its promoters and other people committed to positioning the city to consider how to take the experience further.

This was the starting point for the constitution of the Barcelona Music Lab Foundation, recognized by the Government as an event of exceptional public interest (AEIP), so that sponsors can obtain tax benefits. The declared objective: to encourage the Catalan capital to be used for experimentation with all kinds of initiatives linked to music. And, why not, encourage multinationals in the sector to move their innovation centers to the city.

The patrons include Jordi Herreruela, director of the Cruïlla Festival; Josep Maria Martorell, associate director of the Barcelona Supercomputing Center (BSC); Genís Roca, expert in digital transformation processes and Enric Jové, CEO of McCann Barcelona. Gathered by La Vanguardia, they all insist that the initiative is an open process to which any person, organization or institution that wishes can join.

According to Herreruela, there is a lot of complicity with the other two major festivals in the city, Primavera Sound and Sónar, especially with the latter. Primavera Sound has already obtained its own AEIP recognition to celebrate its 20th anniversary.

The coincidence with very few days of separation of the three festivals is one of the strong points of the proposal. It would be, for example, that companies that work in the field of live music – sound, lighting, packaging, installation of generators, security... – can use these Barcelona events as a testing laboratory for their products.

In just two spring-summer months, the three festivals attract around half a million people, a volume that may spark interest from companies interested in large-scale pilot testing.

The promoters of the Barcelona Music Lab do not know of similar references outside the Anglo-Saxon world. They believe the city should take advantage of its global leadership in festivals, an advantage not found in other creative sectors.

The moment of radical transformation that the music industry is experiencing could help the development of the project, suggests Josep Maria Martorell. How? Helping the sector to find answers to questions that currently lack solutions. “Where is live music going at a time when music is taken over by technology?” asks the representative of the supercomputer. Will digital technology transform the analog concert experience? What extent?

Herreruela believes that Coldplay's visit, which will gather more than 200,000 people next spring in its four concerts at the Estadi Olímpic, should serve to investigate issues such as the sustainability of the tours – Chris Martin's group claims that concentrating concerts will produces less ecological impact– or the interrelation between the bands and the public at a time when the experience of live music has incorporated the use of social networks.

For Genís Roca, the umbrella of the music laboratory can stimulate dialogue in a sector that is highly fragmented.

The Barcelona Music Lab joins other proposals in the city that explore formulas for collaboration between art and science or technology. Two of the associated entities, Sónar and the Barcelona Supercomputing Center, have been taking steps along these lines for some time now.

In addition to the organizations most linked to music, technology is very present in the list of associated entities of the new Barcelona Music Lab. The UPF, the Ramon Llull University, i2cat, Mobile World Capital, the International Music Business School, Nuclio Digital School, the Miró Foundation, the Ideal Digital Arts Center, the Off festival, the Grec, are collaborating on the Eurecat project. the audiovisual cluster, BSM, Barcelona

An occasion to make visible the quantity and variety of art and science initiatives that are underway in the city will be the Digital Impact exhibition prepared by the Museu del Disseny, scheduled for April 27 and curated by Antoni Arola. This is a line that the director of Disseny Hub Barcelona, ​​Mireia Escobar, wants to intensify.

In the city's art and science community, the fact that the position of director of the design museum that is part of the DHub has been assumed by José Luis de Vicente is highly valued. This curator and cultural researcher has served as artistic director of Sónar D and as a member of the management of Llum Barcelona, ​​among other responsibilities. His appointment could be a revulsion for the museum at a time when the end of Glòries's works is in sight and in full development of a district where cultural initiatives share space with technological ones.

Another successful initiative based in the city, Talking Galleries, could consider organizing a specific session around digital and technological art in the future, also with the aim of taking stock and giving impetus to a very dynamic but still very little articulated community.

This is also one of the purposes of the next edition of Sónar D: to attract, as has already been the case in recent years, other actors from this creative community in the activities at the Montjuïc headquarters.

It is still early to determine the strength of this movement, but the foundations are solid and there are no reasons to think that it could end up fading away. In fact, it is very much in tune with the policies of the New European Bauhaus that Brussels is promoting. Few cities have as many credentials as Barcelona to lead a cultural offensive so interrelated with technology, crafts or industry.

The promoters of the Barcelona Music Lab hope that initiatives like theirs will be recognized in a few years as the result of a moment, the present, in which some possible success stories seem to be incubating in the city. It would mean starting a new cycle that would renew the one that began around the year 2000, when the great music festivals, the library network or the main research centers were created in a city that seemed to be in decline.