The Barça of the serious economic crisis and the urgent need to lower the wage bill combines operations consistent with that discourse (Kessie, Christensen, who arrived free. 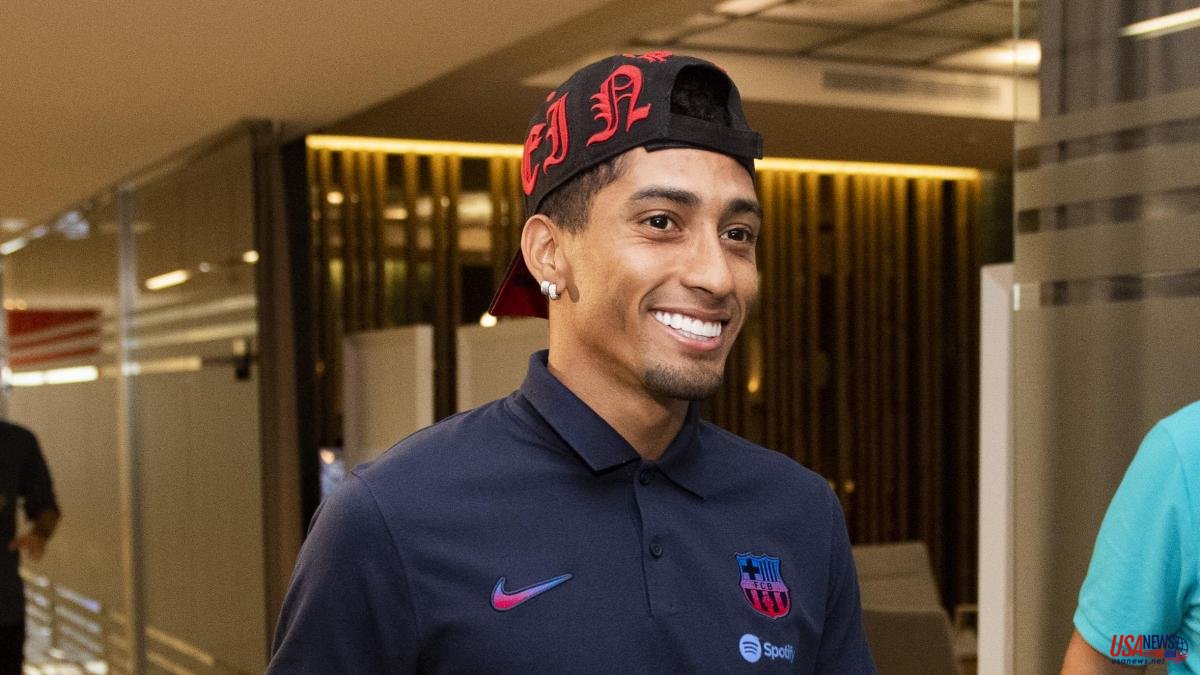 The Barça of the serious economic crisis and the urgent need to lower the wage bill combines operations consistent with that discourse (Kessie, Christensen, who arrived free...) with others that connect it with the buying club that it has always been. First it was Ferran Torres, signed to Manchester City in the winter market for 55 million euros plus 10 variables, and yesterday the Brazilian Raphinha fell, a winger with good performance acquired at the price of a great star. In the absence of knowing the details of the operation, which will be revealed tomorrow, the day chosen for the presentation of the footballer, the unofficial figures speak of a fixed number that ranges between 56 and 58 million plus variables of seven. The contract that both parties will sign runs until 2027.

The millionaire income obtained from the sale of a percentage of the television rights for the next 25 years (10 percent already delivered to the Sixth Street investment fund and an additional 15 percent to the same company that will be announced shortly) will be employee, rather than to clear debt, to largely pay for the millionaire reinforcements that Xavi Hernández has asked president Joan Laporta to have a competitive team. The maker of those wishes is Mateu Alemany, the hyperactive director of football. It will be necessary to see how Javier Tebas, president of LaLiga, processes these operations and if, as Barça wishes, they serve to register players. Otherwise, the fuss will be monumental.

Sports planning is surprising due to the chosen order. Barça, with overbooking up front and obvious defensive deficiencies both on the wings and in the central axis, shakes up the demarcation of the extremes in the first place. The house begins with the roof, one could say. If Raphinha will be presented tomorrow, today Dembélé will go through the offices to sign his new contract, probably for two years. The path followed by the negotiations between the indecipherable French striker and FC Barcelona in the last six months has had a meandering shape and has been difficult to understand.

The truth is that Xavi, faithful devotee of the 4-3-3 and promoter of dribbling and deep wingers, will now have two who respond to the required portrait. Both perform better on the right. His competition will be accentuated with a view to the World Cup in Qatar that begins in November. Both want to be, one with Brazil and the other with France. On the other end, the left, Ansu Fati and Ferran Torres will fight, and in the center, if the lever continues to give of itself, Lewandowski and Aubameyang. Those who must look for an exit are Memphis Depay and Braithwaite. Trincão has seen the calico and has already left on loan to Sporting Clube de Portugal.

Beyond the attacking positions, Xavi is still awaiting good news for his defense as well. His candidates are well known. Mateu Alemany is still moving to bring in right-back César Azpilicueta, who is still with Chelsea despite his request to change scenery. As for the central axis, his dream is the Sevilla player Koundé. To make the operation cheaper, Memphis could be included. It remains to be seen what the predisposition of the Dutch is. Speaking of the Netherlands, Frenkie de Jong, with the face of a financial lever in the eyes of the Barça board, continues to resist leaving Barça despite the fact that the Barça club and United negotiated a ticket sale price days ago, similar to the of Raphina.