All the presidents of the PP will apply the tax reduction that Alberto Núñez Feijóo proposed to Pedro Sánchez in April, and that the Prime Minister rejected. 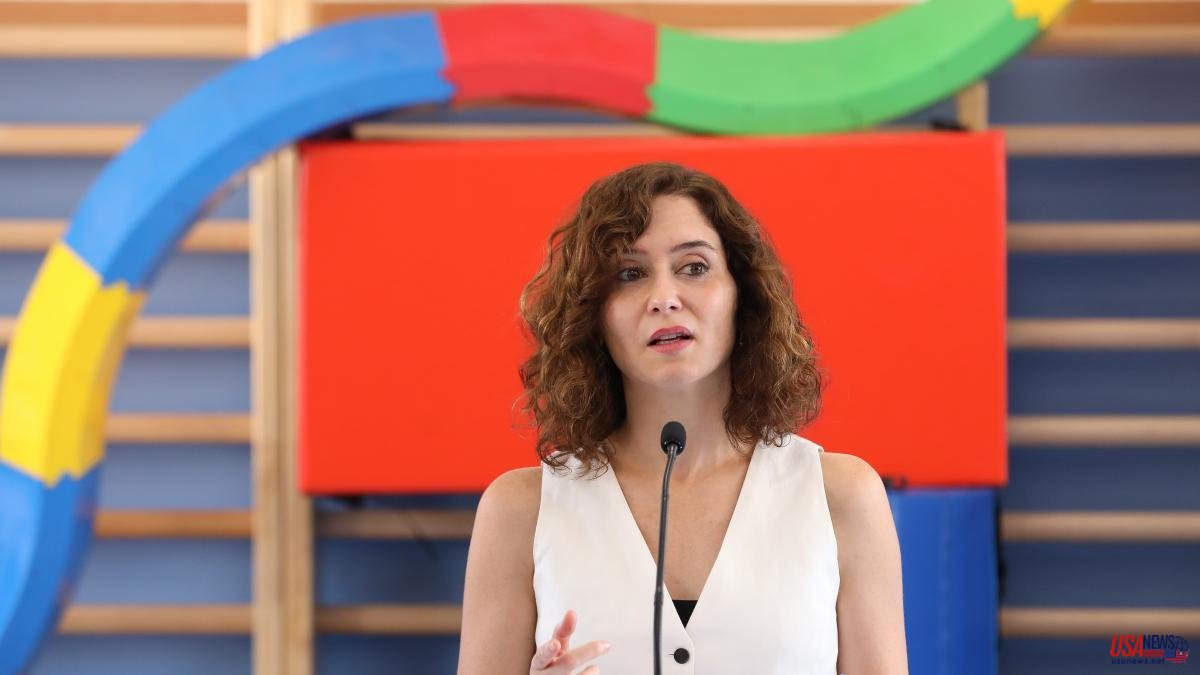 All the presidents of the PP will apply the tax reduction that Alberto Núñez Feijóo proposed to Pedro Sánchez in April, and that the Prime Minister rejected. But as always, Isabel Díaz Ayuso has gone a little further and today she will announce in the debate on the state of the region that she is bringing forward to this year the reduction of the personal income tax rate in the regional section.

The problem with the popular leader's proposal, if approved for next year, was that citizens would not see this decrease in tax pressure until 2024. That is why Feijóo also asked for the reduction of withholdings, from January, something that they cannot autonomous communities do, but it is only in the hands of the state.

As Ayuso cannot adopt this measure, he will make this announcement today, which means that the people of Madrid will benefit from this tax reduction when filing their income tax return for May 2023, since the tax reduction will apply to income obtained in 2022 In other words, in the midst of the electoral campaign for the municipal and regional elections, the people of Madrid will see their taxes reduced compared to those of the other autonomous communities.

According to sources close to the Madrid president, the objective of advancing this rate deflation is that families "can have more resources with which to deal with high inflation and the rise in energy prices."

The decision to advance the tax reduction is also due, according to the same sources, to the fact that the expected salary increases can cause a person to go from their current tax bracket to the higher one, which will mean paying more money, and for that reason Ayuso intends that they continue to contribute the same as until now, in order to allocate that money to meet the cost of living.

It will not be for the sole benefit. The Madrid government will also intervene in the personal and family minimum, which is the part of the income for which it is not taxed, so that the ceiling of this section will be raised, so that families do not end up paying a higher fee than the e their actual economic capacity.

To establish the percentage on which the deflation will be made, the average increase in salaries in the Community of Madrid will be taken as a reference, since it is the income from work that is linked to personal income tax. According to data from the Community of Madrid, these measures will mean an estimated saving of more than 300 million euros.

It will not be the only announcement made today by the president of the Community of Madrid. Isabel Díaz Ayuso will announce an improvement in the remuneration of more than 22,000 temporary workers of the Madrid Health Service (Sermas), with the implementation of the professional career model, which could mean, according to sources close to Ayuso, an increase of up to 14,600 euros per year.

The measure, which will be implemented in the last quarter of this year. It will involve an investment of 85 million euros per year. The Madrid president's commitment will be to stabilize more than 32,000 professionals in the next two years.

Likewise, Isabel Díaz Ayuso will announce a salary increase for Madrid teachers of up to 1,260 euros per year, which will come into force in January and will be 90 euros per month for teachers and 75 euros for teachers. The regional government will also allocate 20 million to new salary supplements to encourage the productivity of teachers. These increases will mean an investment of 120 million euros, which will benefit 86,000 teachers in the region, since all those who work in centers supported by public funds, both public and concerted, are included.

This increase in remuneration will be accompanied, as Díaz Ayuso will also announce, by an increase in staff in this 2022/2023 academic year by 1,266 new teachers.