Andy Warhol said: “If I paint this way it is because I want to be a machine”. 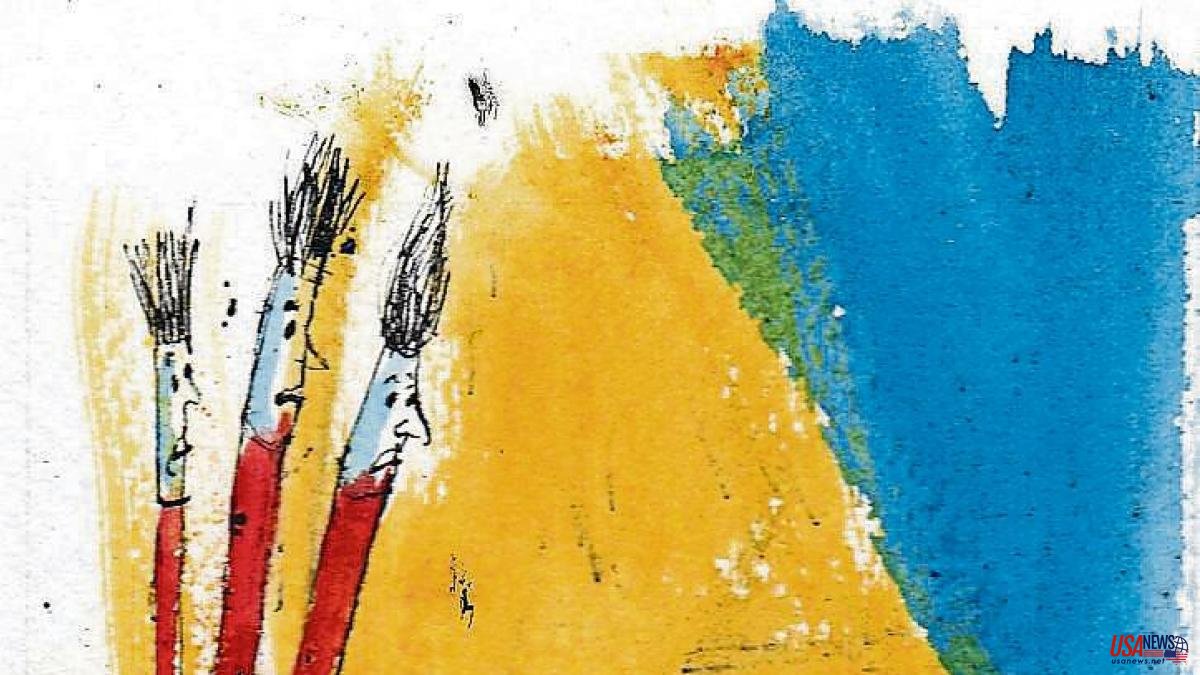 Andy Warhol said: “If I paint this way it is because I want to be a machine”. A reflection that showed the desire of one of the great creators of the last century to serialize Pop Art according to machinic patterns. A phenomenon of aesthetic exaltation of the machine that was not new in the history of art, but that the advances experienced by artificial intelligence (AI) are turning into cultural archaeology. First, because the work is no longer inspired by the machine, but the latter is the one that begins to create. And second, because the machine is not imitated by the artist, but the machine copies the artist to develop artificial creativity.

These circumstances may imply a radical redefinition of culture. Even a cancellation of it, as we have understood it so far. An effect that may seem, at first, unwanted, but that should not block our ability to imagine another culture. Now, adapted to the creative potential of the machine so that the artist can use it in accordance with a design of cultural public policies that is committed to digitally redefining creative freedom, as well as the meaning and sense of the work of art.

In this sense, the irruption of AI represents a rebound that, in the form of an aesthetic boomerang, reverses the creative process. Not only because it transfers its support from the human being to the machine, but because the latter elaborates its own compositional patterns and empowers itself in front of its creator. First, because the human being no longer copies the machine but rather works with it in environments that, as in the metaverse, do not represent reality but instead create another alternative to analog. And second, because the machine, based on its learning capacity for human creativity, begins to produce its own cultural products. That is, it produces artificial creations in which AI, for example, leaves an authorial imprint that delimits its own aesthetic canons.

Joanna Zylinska explained it in AI art: Machine visions and warped dreams (2020), when she analyzed the nature of creative experiences born from machines and that identified an irreversible automation of art. An analysis that has been enriched by a referential framework where AI no longer only seeks to imitate human art, but also undertakes and imagines differentiated creative experiences that replicate human capacity. A phenomenon that advances and gains spaces for visibility and power within what Hito Steyerl calls the class society of appearances. Something that progresses at breakneck speed. This has been demonstrated since 2021 by DALL-E, the AI ​​of OpenAI, which creates images from textual descriptions and, now, since December 2022, GTP-3, also by OpenAI, which allows essay and literary texts to be written.

We look at artificial intelligences that begin to probe the depth of the different layers that psychologically support human creativity. They do so, while taking the first steps of authentic artificial creativity in which AI participates in the authorship of certain works. This is what happened with MidJourney, the AI ​​that has allowed Jason Allen to win first prize at the Colorado State Fair in the Digital Arts category in September 2022 with his work Théâtre d'Opéra Spatial. A fact that must be related to previous pictorial works such as those carried out by groups such as Obvius Art or the humanoid Ai-Da and that have not gone unnoticed by MoMa itself. There it is, if not, the Refik Anadol exhibition inaugurated on November 19 and which uses an AI to creatively manage 380,000 images of the 180,000 pieces of art in the museum's collection, through a large-format work that represents a unprecedented reflection on technology, creativity and modern art.

And what happens in the world of painting also happens in sculpture and dance. Suffice it to cite The Eye of Mexico, a dynamic piece that, since May 2022, updates the sense of what a public sculpture is within an urban area like Neuchâtel Cuadrante Polanco in Mexico City or This sculpture doesn't exist by Matteo Rattini , which works on sculptural images based on algorithmic suggestions taken from Instagram. Perhaps more impressive are the use of AI in dance through projects such as WhoLoDance or with the Stocos Institute, showing how the body and the machine interact in a context where the digital and the material are hybridized.

All these examples anticipate the revolutionary impact that AI can have on culture. A factor of change that may be more intense and pronounced than what the introduction of perspective in the Renaissance entailed. Then, as is well known, a simple technical advance changed our view and altered our understanding of reality and the world. From that moment on, painting was capable of three-dimensional representation of objects on a two-dimensional surface. Something that, over time, modified the normative axes of European culture and the Western mentality.

This Renaissance revolution is microscopic compared to what AI can mean. Not only because it can alter the very experience of culture through a change in the subject, but it could modify its expressions, containers and tools, and even the foundations of artistic and aesthetic sensibility that support and shape creativity, making it artificial. Furthermore, the very idea of ​​authorship could change. The same as the concept of work or exhibition spaces. And, with it, the supports and formats of creativity, as well as the interactions that make it possible. Not only at the object level between the subject and the work, but through the very socialization of culture and its enjoyment. Something that will require an education of human sensitivity that is up to the change of times that we are analyzing. At least if we want culture to continue critically emancipating the human being in the face of reality. In this case, facing an immersive reality made of algorithms and artificial intelligence.