Antivirals: Guardians of the work

Where is the sink? That is the question that museum guards most often answer, among warnings for visitors to keep a safe distance from the works. 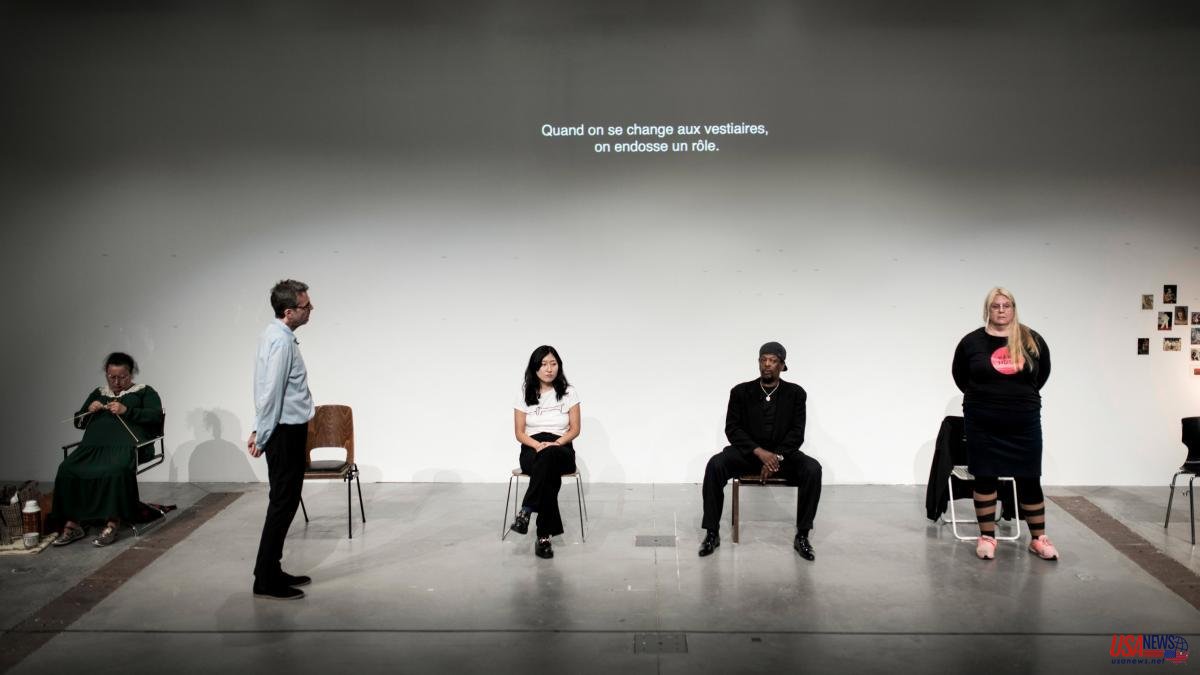 Where is the sink? That is the question that museum guards most often answer, among warnings for visitors to keep a safe distance from the works. In July, the MNAC will host the Gardien Party, a performance included in the Grec program that gives prominence to these professionals. In the piece, eight room guards, from art centers in Europe and the United States, explain what they think about the works they guard. It is a joint creation of the playwright Mohamed El Khatib, a specialist in documentary theater who repeats at the Grec (last year, he brought the productions Finir en beauté, a reflection on the mourning for the death of his mother, and C'est la vie , an even harsher dialogue about the loss of a child) and the writer Valérie Mréjen, whose highly recommended books Peripheral periodically publishes here.

In addition to the title, the recently released Lebanese film Costa Brava, Lebanon, has another Catalan connection. The co-writer is Clara Roquet, winner of the Goya for Best New Director for Libertad. Roquet and Mounia Akl, the director of Costa Brava, Lebanon, have been friends for years. They met at Columbia University in New York studying film. Specifically, they met when both tried to skip the queue that all the students used to collect their university cards and there they guessed, as they joke, a certain Mediterranean connection. The film, which could be seen a few weeks ago at the D'A and at the Seville Festival, represented Lebanon at the Oscars. Both raised the script as a dystopian scenario in the very near future and what happened to them is that the present caught up with them: in the film a family isolates itself from the environmental chaos of Beirut by going to live in the mountains and their peace is disturbed when they They install a landfill next to it.

Some believe it to be the shortest and creepiest horror story Stephen King has ever written. The author shared a few weeks ago on his Twitter account his recipe, according to him infallible, to cook salmon: take a "not very large" loin, add olive oil and lemon juice (he did not say anything about salt and pepper) , wrapped in moist kitchen paper and subjected to "nuclear" temperature for three minutes in the microwave. His mentions were filled with responses, some of qualified opinions such as that of chef José Andrés, who said that more than a minute in the microwave takes the fish to the "twilight zone", or that of scientists who pointed out that the wet paper It wouldn't be the best thing to do. He defended himself with a second tweet: don't criticize it if you haven't tried it. And, of course, there are already those who have done it and have counted the results. A food writer at Buzzfeed followed the King method and concluded that the salmon comes out quite juicy and acceptable.

THE GALLAGHERS OF ART

Okay, the comparison is easy, if not obvious, but it is not entirely false to say that the Chapman brothers were the Gallaghers of the art world in the nineties and early two thousand. Always on the payroll of the Young British Artists, the gang of disruptive creators who filled the galleries, multiplied their profits and appeared in all the photos at the turn of the millennium during the reign of Cool Britannia, Jake and Dinos Chapman were the thugs of the class. In 2003, for example, they bought an entire series of Goya's prints, Disasters of War, and vandalized them, painting clown noses on them. Now, as critic Jonathan Jones has revealed in The Guardian – who came across the news a bit by chance – the Chapmans, like the Gallaghers of Oasis long before, have parted ways, revealing they never got along so well. "Nothing in our practice was friendly," Jake confessed to the reporter. "It was never an act of love, it was always tinged with a certain contempt for one another." Now, Jake, who is the youngest by four years, exhibits for the first time alone and somehow claims primary responsibility for everything he did with his brother for more than 30 years. Dinos' response remains to be seen.

People who write professionally are instilled from the beginning of their careers with a deadly fear of repetition. It is allowed to do terrible things with the written language, start, for example, a sentence with "and is that...", but it is not considered correct to repeat too much a noun (neither a verb, much less an adjective) in consecutive paragraphs. That is why, in most languages, what the lexicographer H.W. Fowler sarcastically baptized the early 20th century as "the elegant variation", that is, a paraphrase that means the same as the name to be replaced. That was all very well in Homeric literature but in practice, especially in today's press, it takes the form of tedious clichés such as those about countries (how about those vacations in the transalpine country?) or those about artists (their satanic, ehem Your Majesties). A British couple has spent years collecting some unintentionally funny stylish press variations on the @secondmentions Twitter account. For example, when a news story about Peppa Pig referred to the character as “cartoon pig”, a turtle as “the revered reptile” or the crown of Elizabeth II as “the jewel-encrusted hat”. It is urgent to make versions of Second Mentions in Spanish and Catalan.