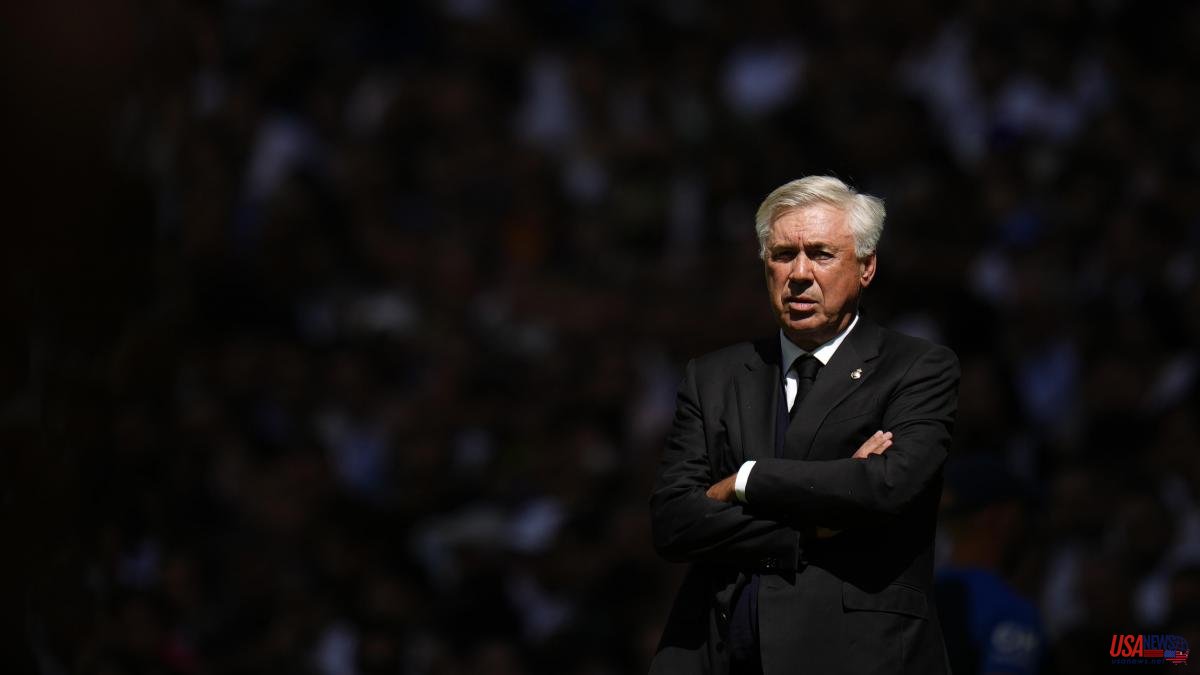 Real Madrid remains intractable in the League. He showed it again this Sunday at the Santiago Bernabeu with a thrashing of Mallorca (4-1). The comfortable victory that the white team achieved was without their flagship, Karim Benzema, a loss due to a sensitive injury that Carlo Ancelotti decided to cover with Eden Hazard as a false nine.

It was not much less the afternoon of the Belgian attacker, still light years away from his best version. Despite this, the Italian coach opted for Hazard instead of a Marco Asensio who continues to have no leading role so far this season. Against Mallorca, the Balearic did not play a minute, a situation that angered the footballer after spending much of the second half warming up without finally entering.

Lucas Vázquez's injury with the game still open (2-1) forced Ancelotti to modify the third substitution window. Instead he brought in Dani Carvajal, which returned Asensio to the bench, visibly upset.

"I only had a window and was preparing some changes if we didn't score, put in Asensio and Mariano. But Lucas was injured and with a window, I didn't think about changing another player. He was angry and I agree with him. He wants to play, that It's the important thing. I keep it in mind, for us it's very important. Nothing happens, I agree with his anger", explained the coach after the game.

The 26-year-old player, on the starting ramp throughout the summer, finally decided to continue in the Spanish capital and finish the last year of his contract, but at the moment his participation in the team is anecdotal. In the seven official games at the start of the season, Asensio has only played 17 minutes spread over two games.

On the field of play for the white fiefdom, one of the proper names was once again Vinícius. Ancelotti responded to the complaints from the Mallorca players, who finished this Sunday's game at the Santiago Bernabéu upset with the Brazilian, and stated that the player "doesn't have to change anything about his attitude" and that he respects "the referees and also the rivals".

"I don't know what happened in the end with Vinícius, I prefer the goals, which were of great quality. Rodrygo and Vinícius combined very well. After that the game was easier. Before it was complicated for many reasons, the heat, for conceding a goal from a set piece. We have kept a cool head little by little, getting into the game to win", he said.

When asked about a confrontation between 'Vini' and the Mallorca coach, Javier Aguirre, and players from the Balearic team, he defended his player. "The referee, first of all, has to be respected in every way, even if he fails. Vinícius has extraordinary quality, it's normal for rivals to take great care of him because of the talent he has. He doesn't have to change anything in his attitude, It seems to me that he respects the referees and also the rivals a lot and if he doesn't, he has to do it".