Ancelotti bets on Valverde in the Champions League final

There was only one unknown for Real Madrid ahead of the Champions League final and it has already been resolved. 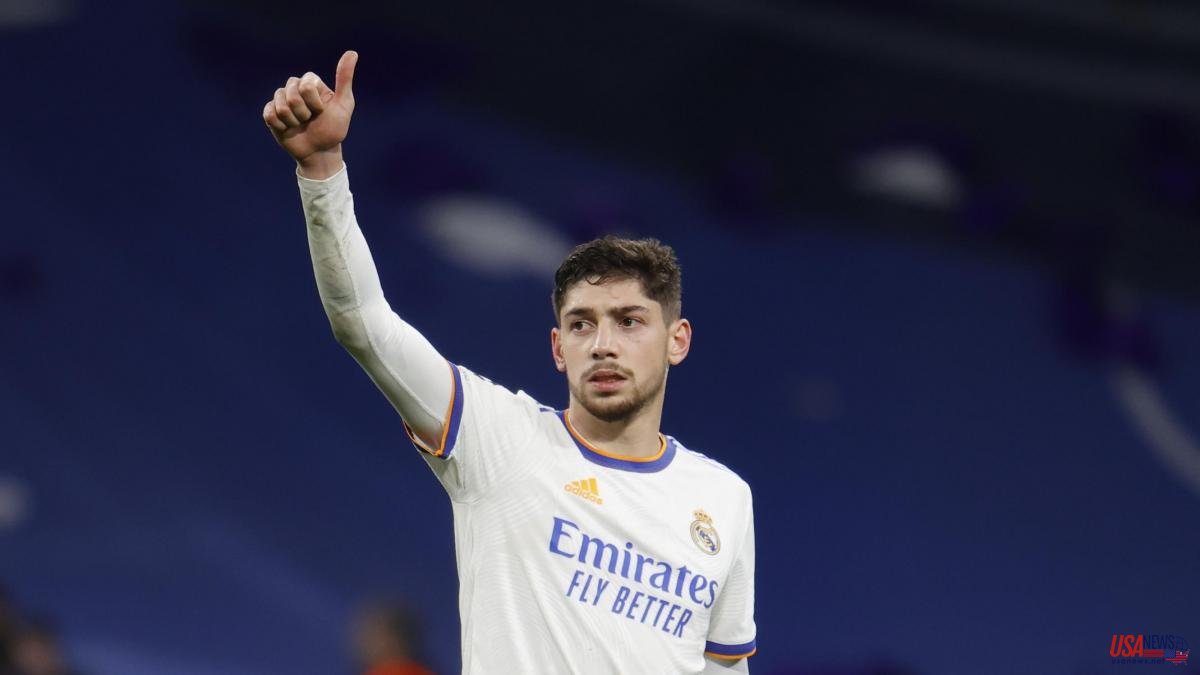 There was only one unknown for Real Madrid ahead of the Champions League final and it has already been resolved. Federico Valverde is the one chosen by Carlo Ancelotti to reinforce the midfield against Liverpool in Paris.

Despite the merits made by Rodrygo in the miraculous semifinal in which Madrid eliminated Manchester City, the Italian coach prefers a more defensive player to contain Jürgen Klopp's men. In this way, the Brazilian will wait for his opportunity from the bench as a shock.

Ancelotti opts for the usual 4-4-2 of the last big events, a more conservative drawing that leaves Vinícius -on the left- and Karim Benzema -the reference- as the most powerful weapons in attack. The overflow of the Brazilian and the stratospheric level of the Frenchman this season are enough ingredients to fight for the 14th Champions League in white history.

Valverde will accompany the usual trident in the European finals in midfield: Casemiro, Modric and Kroos. In defense, David Alaba will play a game again after missing the last ones due to injury, already with the league title under his arm. He will pair up in the center of the defense with Militao. Alaba has not competed since he suffered a muscle injury on April 26 at the Etihad Stadium in the first leg of the semi-final against Manchester City.

On the wings, without surprises: Dani Carvajal, on the right, and Ferland Mendy, on the left. Under sticks will be Thibaut Courtois, a guarantee for Madrid.