Carlos Alcaraz reached his first quarterfinals as number one in the world thanks to a solid victory against the Dutchman Botic Van de Zandschulp (6-4 and 6-2), in the second round of the Basel tournament. 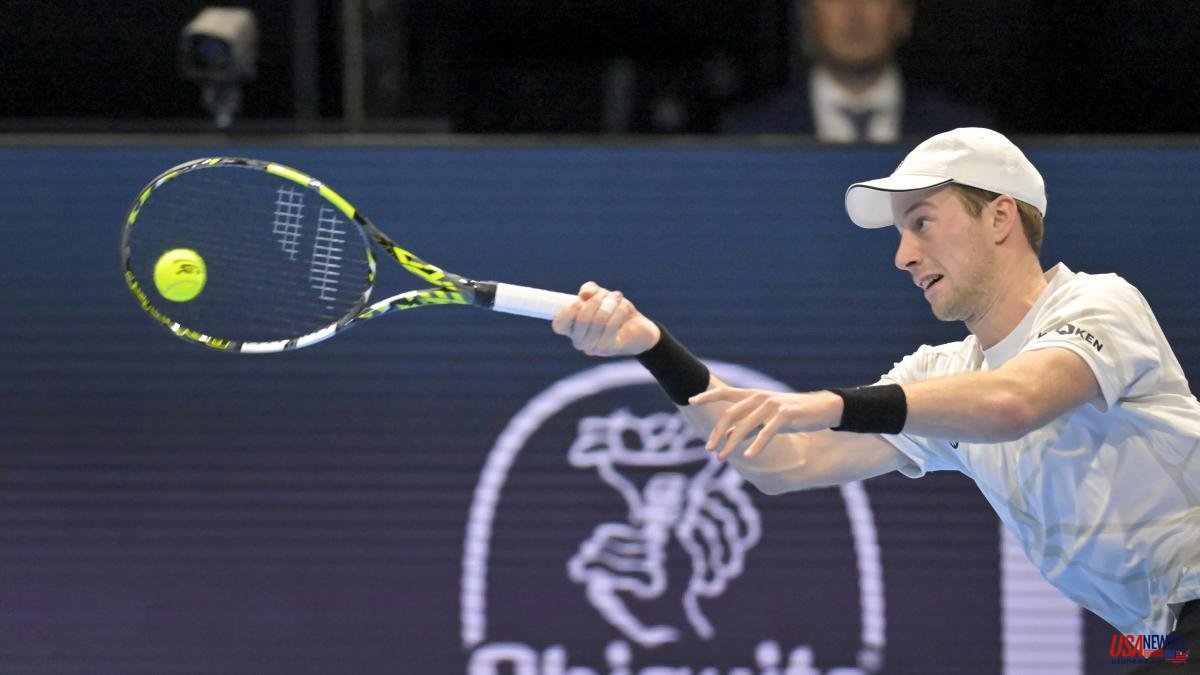 Carlos Alcaraz reached his first quarterfinals as number one in the world thanks to a solid victory against the Dutchman Botic Van de Zandschulp (6-4 and 6-2), in the second round of the Basel tournament.

The Murcian, who after being crowned at the top of the circuit was eliminated in his first match in Astana, has recovered the winning dynamic. He has already, with this, 54 victories in the season that have brought him five successes, especially the US Open and the Masters 1000 in Madrid and Miami.

It took an hour and twenty-seven minutes to carry out the clash with the Dutchman, 27 years old and 35 in the world, who has the best record in his career in the final in Munich this year and whom he had won at the Australian Open last year, the only time they had coincided on the track.

A break was enough for Alcaraz to sign up for the first set. It was in the seventh game when he achieved the break and unbalanced the partial that he scored without major circumstances. In the second the picture was worse at first because Van de Zandschulp broke the Murcian's serve for the first time and took a 2-0 lead.

Alcaraz reacted and ran over the Dutchman unable to maintain that income. The Spaniard won six straight games and aired the confrontation.

Carlos Alcaraz was among the top eight in the Basel tournament and in the quarterfinals he will play against the winner of the duel between his compatriot Pablo Carreño, fifth seed, and the Swiss Dominic Stephan Stricker.