Alcaraz becomes the youngest number one in tennis history

For the first time in the history of tennis, the two finalists of a Grand Slam were eligible for a double prize: the trophy and world number one. 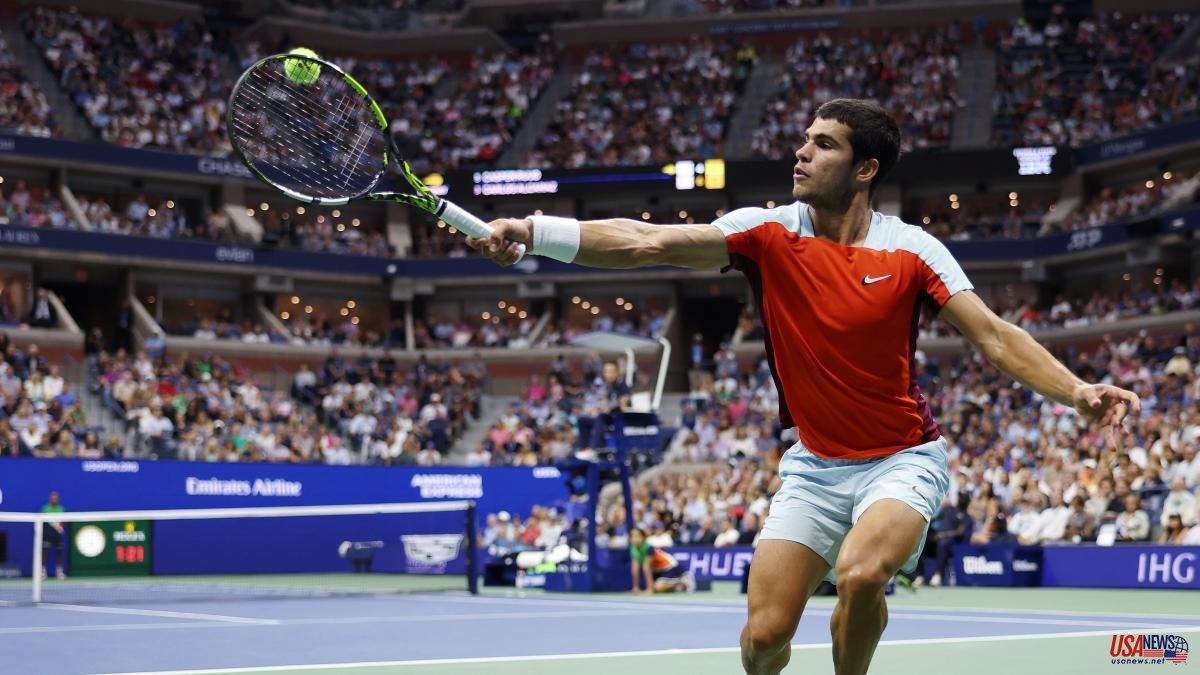 For the first time in the history of tennis, the two finalists of a Grand Slam were eligible for a double prize: the trophy and world number one. And Carlos Alcaraz (El Palmar, 2003) did not miss such a good opportunity to continue building his legend.

The new terrestrial tennis phenomenon signed on the Arthur Ashe court in Flushing Meadows, in New York, the capital of the world, the greatest of his triumphs as a professional when he took his first Grand Slam tournament with his victory against Casper Ruud: the US Open .

The victory will place him this Monday as number one in world tennis with only 19 years, 4 months and 7 days. Alcaraz thus becomes the youngest tennis player to lead the ranking since his invention, in 1973, surpassing the Australian Lleyton Hewiit, who ascended the throne in 2001 at the age of 20 years and 9 months.

The story had another nice wink with Alcaraz in New York. It was precisely on the outskirts of the Big Apple, in Flushing Meadows, where his most important coach and supporter, Juan Carlos Ferrero, became the second Spaniard after Moyà to be number one in world tennis at the age of 23.

Ferrero also achieved it at the US Open, although in his case it was not in the final but in the semifinals. It was on September 8, 2003 that Ferrero defeated André Agassi and qualified for the final, securing number one. Roddick would defeat the Valencian in the final.