After the fatal shooting of a police officer, a family calls for justice and peace

An unreleased video showing police shooting and killing a Black man in Akron (Ohio) has sparked protests across the city. 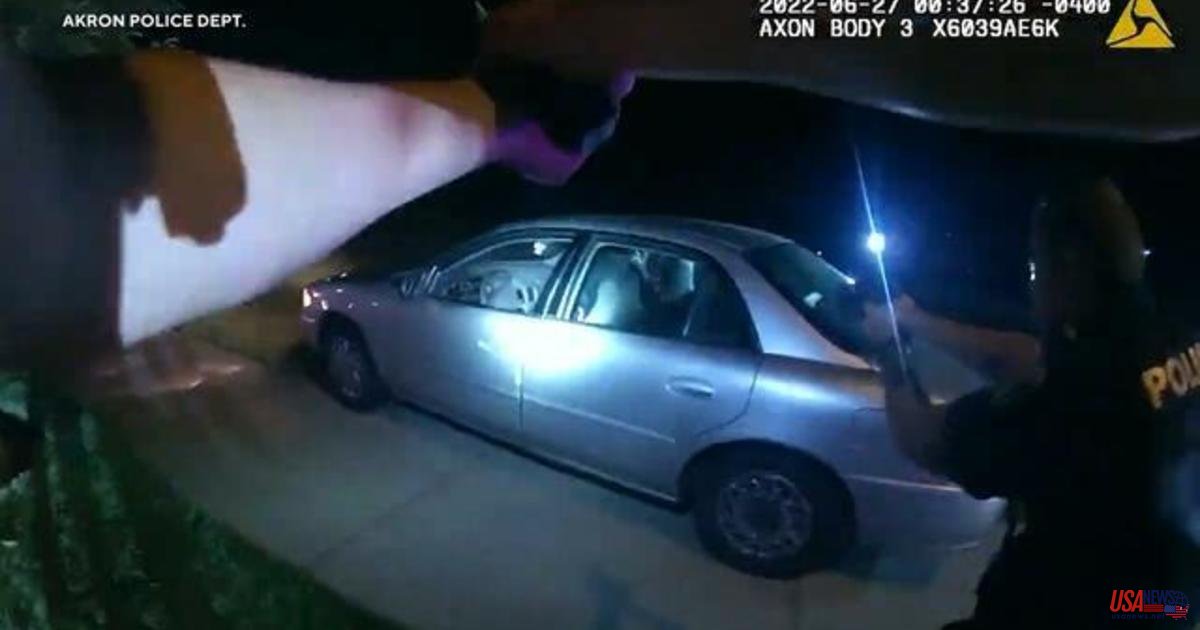 An unreleased video showing police shooting and killing a Black man in Akron (Ohio) has sparked protests across the city. His family is calling for justice and peace.

Jayland Walker was gunned down more than 60 times following an attempted traffic stop a week earlier. According to police, the incident escalated when Jayland Walker drove off and was shot from his car.

Officials from the government and the police chief are trying to assure the public that an impartial investigation is underway. They also claim they understand the outrage caused by the release of this video, which they have described as "extremely troubling."

Protests continued on Sunday night, with demonstrators claiming that police used tear gas in dispersing the crowd. These reports have not been confirmed by Akron police.

Bobby DiCello was an attorney representing the Walker family and described the actions of the officers as "absolutely unreasonable." The family released a statement requesting calm.

The statement states that Jayland would have wanted us "to channel our anger into peaceful and thoughtful action that can bring about long-term reform and change."

After a six-minute chase, the fatal shooting occurred. Police claim they were trying stop Walker for a traffic violation and equipment violation. However, the officer who reported Walker's shooting was not captured on camera.

At a Sunday news conference, Akron Police Chief Steve Mylett stated that the incident went from a routine traffic stop to a public safety concern.

Walker is seen leading police on a chase, before finally jumping out from the passenger side wearing a ski mask. Authorities said that officers tried to use a taser on Walker while they chased him on foot but were unsuccessful.

Eight officers fire dozens of bullets moments later. According to police, the officers attempted to help Walker but Walker, who was not armed, died on the spot.

Police claimed that Walker had a handgun, a magazine and other items in his car. Body camera images also show Walker reaching for his "waist" just before he was shot and killed. Walker didn't fire at police during the foot pursuit.

According to a preliminary medical report, Walker sustained more than 60 gunshot wounds.

The eight officers involved were placed on paid administrative leaves while an independent investigation by the state is done.

Mylett stated that they need to be able "to articulate the specific threats they faced, and that applies to every round that goes down their barrel."

According to the police union representing officers, the investigation will prove that the officers' actions and the number of shots they fired were justified.