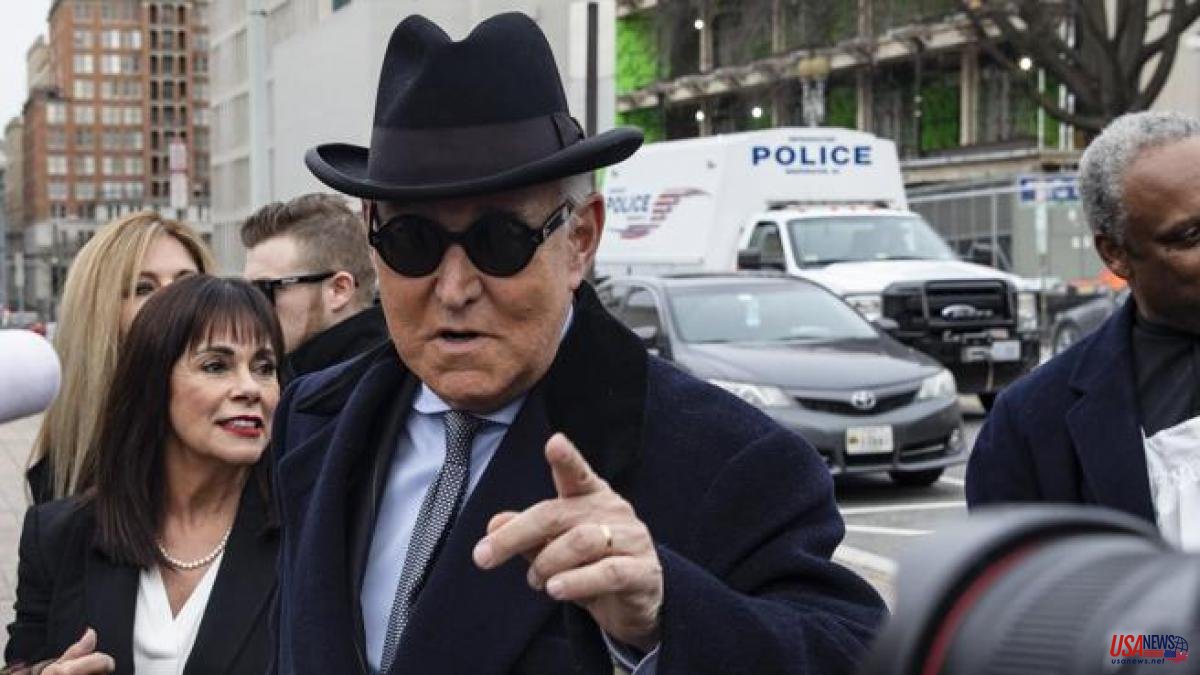 "Fuck the vote, let's go straight to violence"... "Shoot to kill, if you see antifa, shoot to kill."

These are some of the phrases heard by Donald Trump's former adviser in a video recorded on November 2, 2020, the eve of the 2020 presidential election, and advanced by CNN in the early hours of this Tuesday.

A Danish documentary crew filmed Stone in that scene and many others, and has turned the clips over to the congressional committee investigating the Jan. 6, 2021, assault on Capitol Hill.

The commission, made up of nine representatives, seven of whom are Democrats and two Republicans, is evaluating whether to exhibit the images tomorrow, Wednesday, in what may be the last or at least one of the last public hearings before it issues a report of conclusions.

Tomorrow's session will focus, according to leaks published in recent days by local media, on the links between Trump and the violent groups that led the assault on Capitol Hill. These are the Proud Boys and the Oath Keepers, whose leaders are being tried for sedition and other crimes under petitions for long prison sentences.

The authors of the video that betrays Stone, Christoffer Guldbrandsen and Frederik Marbell, indicated that they reached an agreement to share certain clips with the 6-E committee after the body's president, Democratic representative Bennie Thompson of Mississippi, issued a subpoena for the footage and handed it to the filmmakers in Copenhagen about two months ago.

The filmmakers followed Stone for intermittent periods, for about three years before and a few months after the 2020 election, CNN noted.

Democratic congressman and member of the 6-E commission Jamie Raskin affirmed this last weekend that the investigative body has more material to reveal about the connection between Stone and national extremist groups, as well as about the attempts to keep Trump in power after the attack on the US Capitol, which resulted in nine deaths.

Already four months before the presidential elections, in July 2020, Stone spoke of challenging the results in court, as he stated before the camera in another of the videos. "The election will not be normal," she says.

“If the voters show up at the Electoral College, the armed guards will kick them out,” he continues. “I am challenging all of that in court. And the judges to whom we go, are judges that I appointed, ”he adds in reference to his boss, then still president, who has the prerogative to nominate the members of the judiciary.

In another election night clip, Stone can be heard telling his team that even if Trump lost, they should claim victory. "I think the outcome will be up in the air. When that happens, the key is to claim victory; to say, 'No, we won; sorry, fuck 'em.'

Stone, through a statement addressed to CNN, questioned the veracity of the images broadcast by the American channel. "I challenge the accuracy and authenticity of these videos and believe they have been selectively manipulated and edited," he said, saying the authors do not have the legal right to use the images.

In November 2019, Roger Stone was found guilty of seven crimes, including false testimony to Congress, obstruction of justice and witness tampering. The sentence referred to facts linked to the investigation into the Russian plot of the 2016 elections. The sentence was 40 months in prison, but Trump avoided it by pardoning him.