The Nou Parc Central de Mataró (Maresme) will have a large-format sculpture in tribute to the victims of the pandemic and in recognition of health personnel. 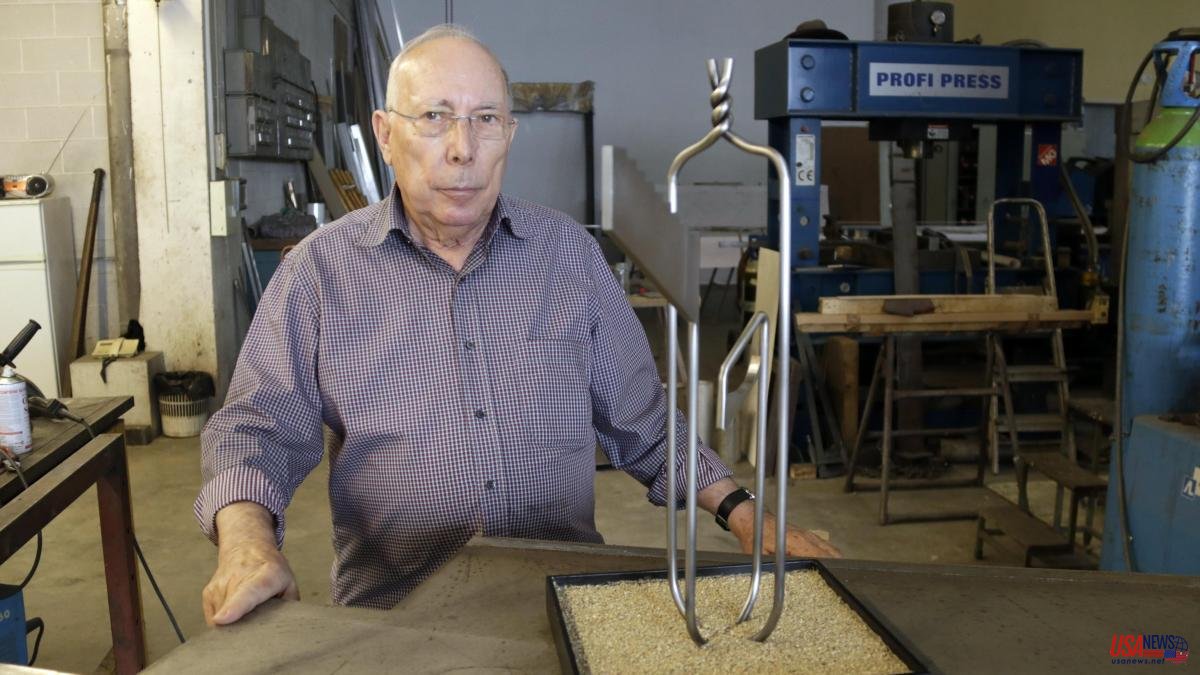 The Nou Parc Central de Mataró (Maresme) will have a large-format sculpture in tribute to the victims of the pandemic and in recognition of health personnel. The author, Pere Casanovas, finalizes the details of it in his workshop and the inauguration is scheduled to take place on June 12.

The piece, which is eight meters high and weighs 1,700 kilos, symbolizes the four cardinal points to explain the "universality" of the pandemic. Also, each line explains an episode of the "tragedy". One symbolizes death, the other science and the last two the hug that many people have longed for during the hardest months of the health crisis. "A pandemic like this was unthinkable and has created a drama in society that I think we are still suffering from," reflects the artist.

The project to make the sculpture stems from an institutional declaration approved on June 29 at the Board of Spokespersons in the Mataró City Council to make an institutional recognition of public service personnel, companies, individuals and volunteers who have worked during the pandemic. .

The artist explains that the memorial also wants to keep alive the memory of the people who have died, the generation that has suffered confinement and "mainly" health professionals. Pere Casanovas celebrates having been able to "materialize this memory" and contribute a small grain of sand to the history of the city.

As for the piece, it begins with a circular base, which symbolizes the base of a laboratory test tube from which four large cylinders emerge. They are the four cardinal points, each one with a message. "One line is cut by death and the other is the scale of Ramón Llull's knowledge, which is science", details the artist.

The last two are the tallest and are entangled to crown the piece: "It is the desire we have had for many months to want to give a hug and not be able to". Casanovas has worked on this project for the last four months and the work will see the light of day on June 12 during a celebration at the Nou Parc Central.

Pere Casanovas has been a central figure in the public sculpture of Catalan art in the last quarter of the 20th century. Installed in Mataró since the 1970s, Casanovas has collaborated with prestigious artists such as Antoni Tàpies, Pablo Palazuelo, Antoni Llena, Frederic Amat, Perejaume and Josep Guinovart. To date, the city of Mataró still did not have an exclusive work of his.