A Palestinian crashed a stolen vehicle into a checkpoint at the entrance to Tel Aviv's Ben Gurion airport today, to which the guards responded with shots at the attacker, who was slightly injured, police said. 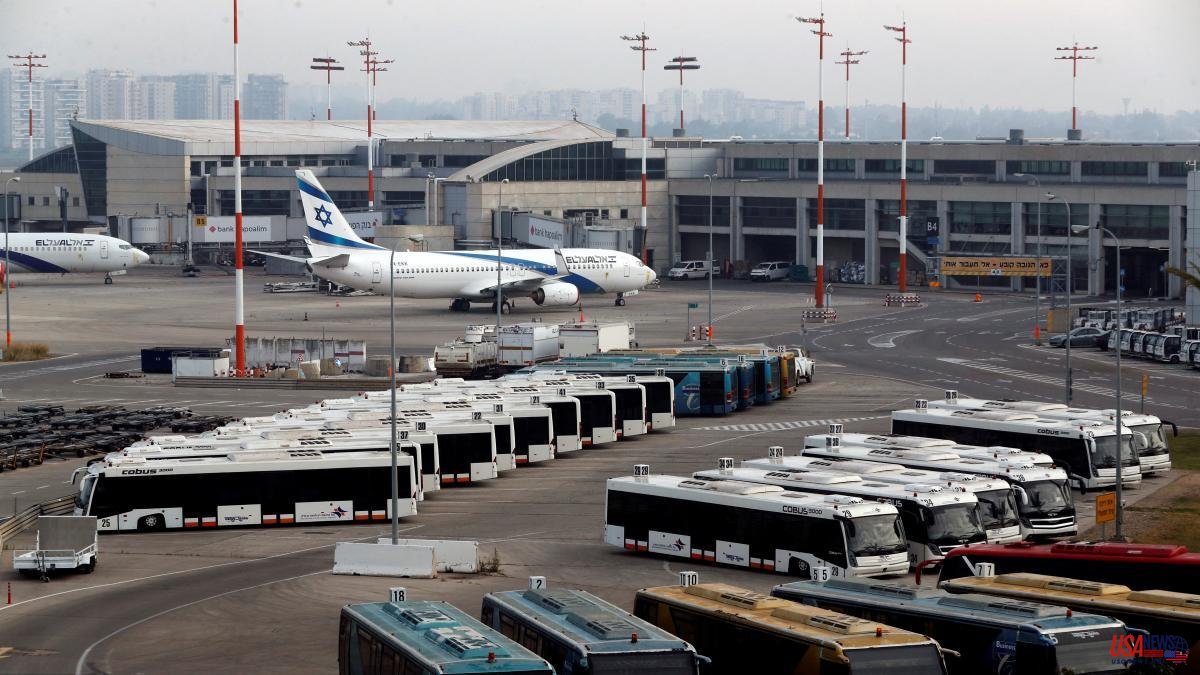 A Palestinian crashed a stolen vehicle into a checkpoint at the entrance to Tel Aviv's Ben Gurion airport today, to which the guards responded with shots at the attacker, who was slightly injured, police said.

This is the third attack in the airport environment since September.

Police said in a statement that the suspect, who will be questioned after receiving medical attention, entered Israel illegally from the occupied West Bank, stole a car from the country's central region and drove to the airport.

Airport guards noticed the car approaching at high speed before it rammed the checkpoint and drove on the wrong side of the road, to which airport security responded by opening fire and deploying barricades.

According to images broadcast on social networks, passengers from the international terminal were warned of the incident and asked to lie on the ground until the danger passed, while security agents pursued the attacker around the airport.

On October 23, there was a similar incident and the airport was briefly closed while the suspect was on the loose; and another almost identical one on September 22, when a Palestinian driver rammed a stolen vehicle into the security barrier at Ben Gurion airport, causing no injuries.

These attacks take place in a context of high tension in Israel and the West Bank, where the most violent year since 2006 is taking place, with 159 Palestinians killed in violent incidents with the other party -many militants, but also civilians and minors-, according to the count. the Palestinian Ministry of Health; while on the Israeli side 29 people lost their lives, 21 of them civilians.