Three out of every hundred vehicles sold in Spain are electric. 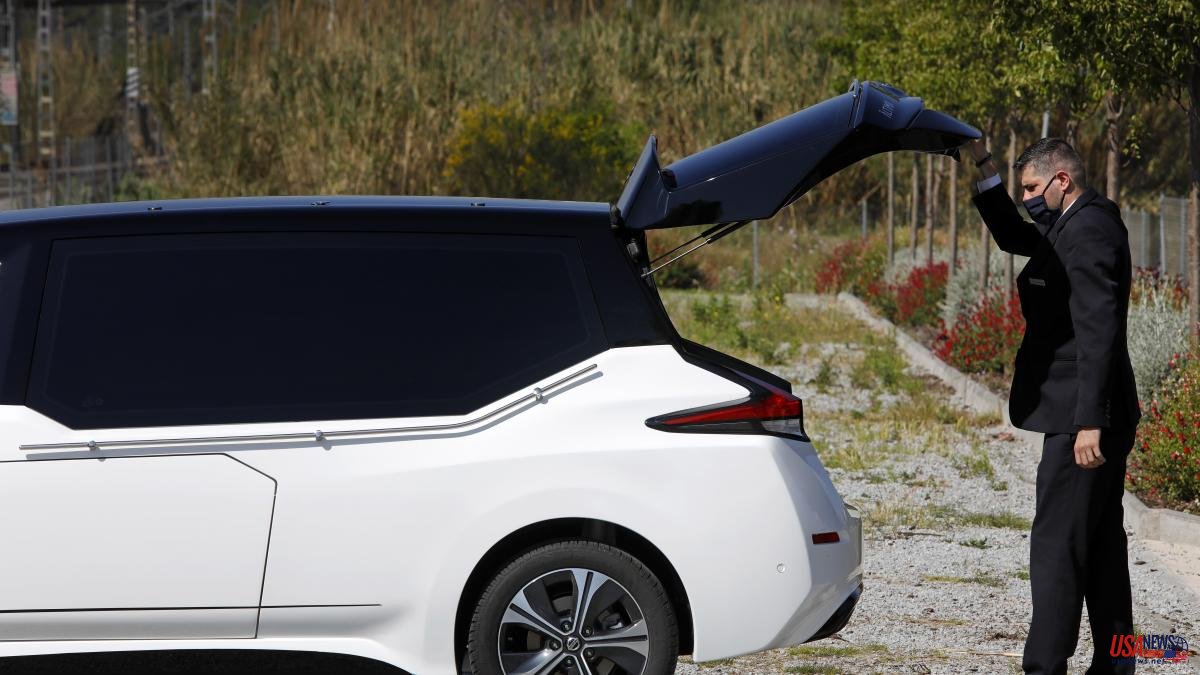 Three out of every hundred vehicles sold in Spain are electric. These are data from the European Association of Automobile Manufacturers (ACEA), which show that although the proportion is still low, the growth rates are only growing. Last March, sales of electric vehicles in Spain increased by 50% despite the fall in the automobile market.

The reality is that electric mobility is an option that is gaining ground both in the private and business spheres. The number of companies acting in the face of the climate emergency is increasing. And it is that a greater commitment to the environment represents a benefit both for its own operation, since it contributes to greater business sustainability, and for society in general.

In the field of funeral services, this responsible behavior is reflected in companies such as Áltima, which has been one of the pioneers in the development of various initiatives that respect the environment. In this sense, last year it began the renewal plan for its vehicle fleet, which will be completed in 2024, so that it is entirely electric.

The funeral home, which provides services in Catalonia and the Balearic Islands, currently has 37 long-range electric car units, including funeral homes, collection ambulances, vehicles for transfers to cemeteries and commercial vehicles. Thus, since March of this year, Áltima has already moved with plug-in vehicles in the Barcelonès region (mainly from the Ronda de Dalt Funeral Home in Barcelona and the L'Hospitalet Gran Via and L'Hospitalet Ronda centers) and the Baix Llobregat, where it manages 12 funeral homes in municipalities such as Sant Boi, Viladecans, Castelldefels-Gavà or Cervelló. In these two areas, the company already has 27 electric units that it uses in most of its journeys. The company is also gradually incorporating cars of this type in the regions of Penedès, Garraf, Bages, Gironès and Vallès Occidental.

With this initiative, the company intends to "advance in the renewal of all vehicles, to meet the company's objective of guaranteeing totally sustainable mobility, from all the centers where we provide services". Áltima plans to complete its electric fleet in the next two years, reaching 70 units, for which reason it has already begun the installation of 70 recharging points in its centres. The company, which also carries out periodic studies to measure its carbon footprint, aims to contribute to reducing its environmental impact in all the towns where it operates through the various funeral homes and cemeteries it manages.

Lumen is the main electric model in Áltima. It represents the third generation of plug-in hearses, developed from the Nissan Leaf E model and with a range of nearly 400 km. Another of the new hearses that the company has is the Atys, with double capacity, created from the Mercedes-Benz eVito 129 Tourer Pro model and with a range of more than 420 km.

The company is also renewing the collection ambulances -based on the same Mercedes-Benz e-Vito 129 Tourer Pro model-, and the vehicles for transfer within cemeteries -developed on the Renault e-Kangoo model-. Bergadana, the company specialized in transforming vehicles, has been in charge of adapting these models for Áltima.