A mosaic from 1,600 years ago shows the first representation of two biblical heroines

An ancient Jewish synagogue located in Lower Galilee, in Israel, concealed within its walls a mosaic from almost 1,600 years ago in which the first known representation of two biblical heroines appears. 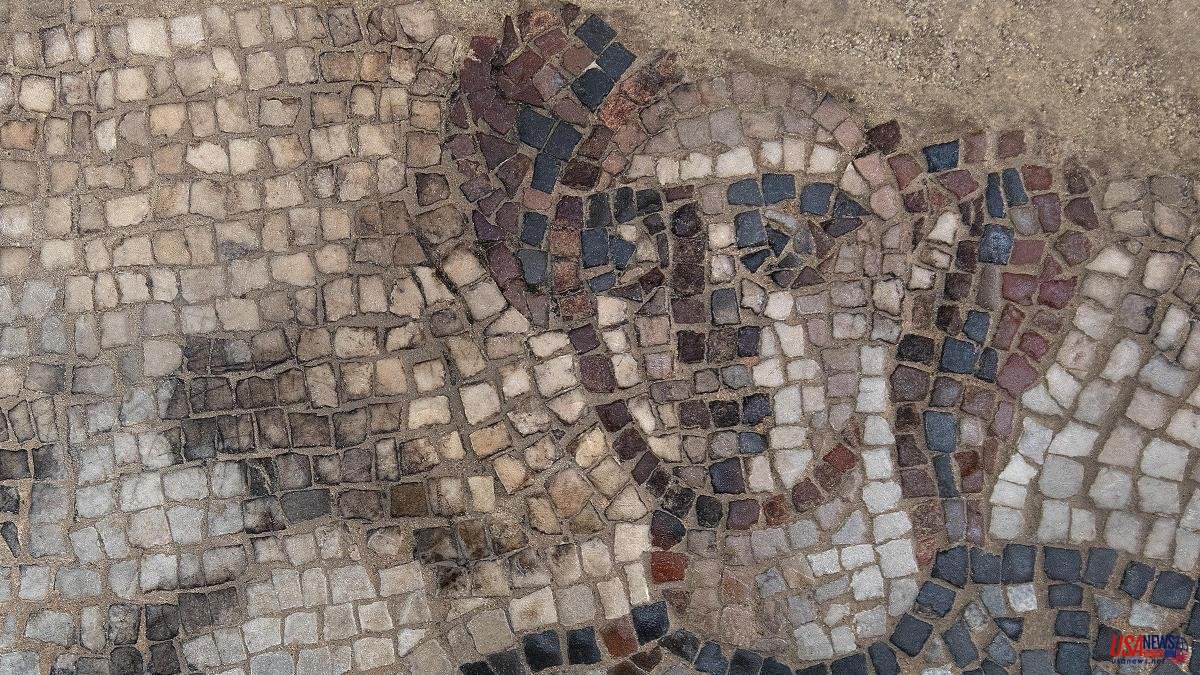 An ancient Jewish synagogue located in Lower Galilee, in Israel, concealed within its walls a mosaic from almost 1,600 years ago in which the first known representation of two biblical heroines appears. The scene of the lives of Débora and Jael corresponds to an episode described in the book of Judges.

These texts belong to the group of Historical Books and are part of both the Old Testament and the Hebrew Tanakh. They narrate the experiences of the Judges (or Liberators) who saved the Israelite people from slavery in Canaan, at a time when it was disorganized and under the threat of various powers.

Archaeologists from the University of North Carolina have returned to the site after a forced stoppage due to the Covid-19 pandemic. The excavations had focused, this time, on the southwestern part of the Huqoq synagogue, which was built in the late fourth and early fifth centuries after Christ.

There they unearthed a part of the floor that was decorated with a large mosaic panel divided into three horizontal stripes (called registers). The performance shows an episode from chapter 4 of the Book of Judges that focuses on the victory of the Israelite forces led by the prophetess Deborah and commander Barak against the Canaanite army led by general Sisera.

As related in the Bible, after the battle Sisera took refuge in the tent of a woman from the Kenite people named Jael (Yael), who killed him by driving a stake through his temple while he slept, Jodi Magness, professor of religious studies in North Carolina, and Dennis Mizzi, of the University of Malta and co-director of the dig.

The top register of the newly discovered mosaic at Huqoq shows Deborah under a palm tree, facing Barak, who is equipped with a shield. Only a small part of the middle register survives, which seems to show Sisera seated. The lower register depicts the Canaanite general lying dead on the ground, bleeding from the head after Jael has driven a stake through his temple.

"This is the first depiction of this episode, but it's also the first time we've seen the biblical heroines Deborah and Jael in ancient Jewish art," says Magness. “Looking at chapter 19 of the book of Joshua, we can see how the story could have had a special resonance for the Jewish community in Huqoq, as it is described as taking place in the same geographic region: the territory of the tribes of Naphtali and Zebulun. ", Add.

Among the newly discovered mosaics is also a dedicatory Hebrew inscription within a wreath, flanked by panels measuring 1.8 meters high and a half meter wide, showing two vases supporting sprouting vines. The vines form medallions that frame four animals eating bunches of grapes: a hare, a fox, a leopard, and a boar.

The researchers began their work on the synagogue in 2012 and the mosaics they have found cover the corridors and the main hall of the building. The panels that represent Samson and the 300 foxes (as recounted in Judges 15:4), Samson carrying the gate of Gaza on his shoulders (Judges 16:3) or a Hebrew inscription surrounded by human figures, animals and mythological creatures stand out. , including cupids.

In Huqoq, a mosaic has also been found with the first non-biblical story to be found decorating an ancient synagogue, perhaps the legendary meeting between Alexander the Great and the Jewish high priest Shimon HaTzadik in which the Hellenic conqueror decided not to conquer Jerusalem.

The floor of the north aisle is divided into two rows of panels containing figures and objects accompanied by inscriptions in Hebrew. Among the biblical stories that are told is that of the spies sent by Moses to explore Canaan (extracted from Numbers 13:23).

In the main hall, a representation of Noah's Ark, the division of the Red Sea, a cycle of the Zodiac of Helios, Jonah being swallowed by three successive fish or the construction of the Tower of Babel have been found. A large panel in the northwest aisle depicts Elim, the place where the Israelites camped by 12 springs and 70 date palms after leaving Egypt and wandering in the desert without water (Exodus 15:27).