A man knocks down two Roman busts in the Vatican Museums

The guards of the Vatican Museums have experienced a unique episode this Wednesday. 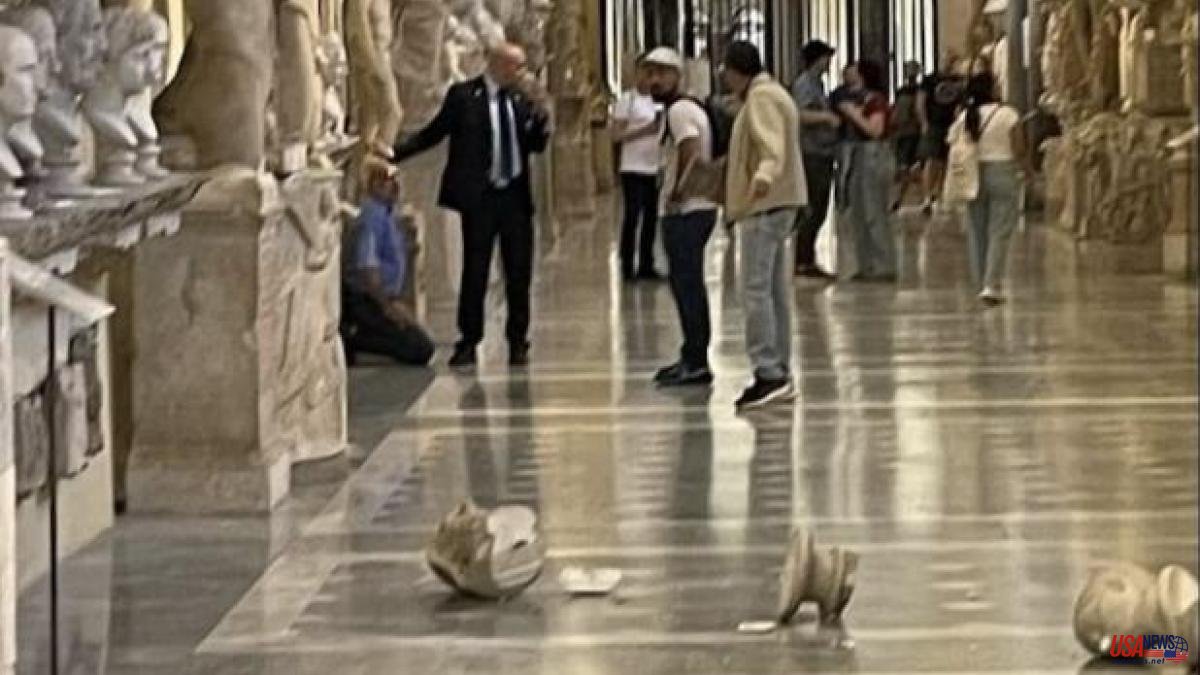 The guards of the Vatican Museums have experienced a unique episode this Wednesday. As confirmed by the press office of the Holy See, a man has knocked down two of the Roman busts from his collections to the ground, after which he has been arrested by the Vatican Gendarmerie. Later, the body has been handed over to the Italian authorities, who are investigating the events.

It is a gesture of an "unbalanced", a US tourist in his 50s, according to Italian media. First of all, a tour guide stopped him and, when he tried to escape, he was quickly caught by the Gendarmerie, who usually have troops in the Vatican Museums. According to the first reconstructions, the man had become angry after asking to meet with Pope Francis and having received a negative response. Later he would have pounced with force on these two busts –anchored above a display stand– and would have thrown them to the ground.

The sculptures have been damaged, but not irreparably, and have been immediately taken to the restoration workshop of the Vatican Museums. Some users have posted photos on social media showing various pieces of the sculptures on the ground. One of them has damage to the base, while the other to the nose.

. They were in the Chiaramonti Gallery, which contains more than a thousand pieces and one of the most important collections of Roman portraits, a space that connected the Vatican Palaces with the Belvedere Palace named after Pope Pius VII Chiaramonti. The collection was born at the beginning of the 18th century, when the pontifical museums had to cede a large part of their works to Napoleon, and that pope began to look for other pieces.

It is not the first time that an artistic piece from the Vatican has been attacked. The most remembered episode was when a Laszlo Toth, a Hungarian man, assaulted Michelangelo's famous Pietà with a hammer, breaking the virgin's arm, knee and nose. Now, the famous sculpture is protected with bulletproof glass.