A century since the banning of women's football in England

The cradle of football is also the women's. 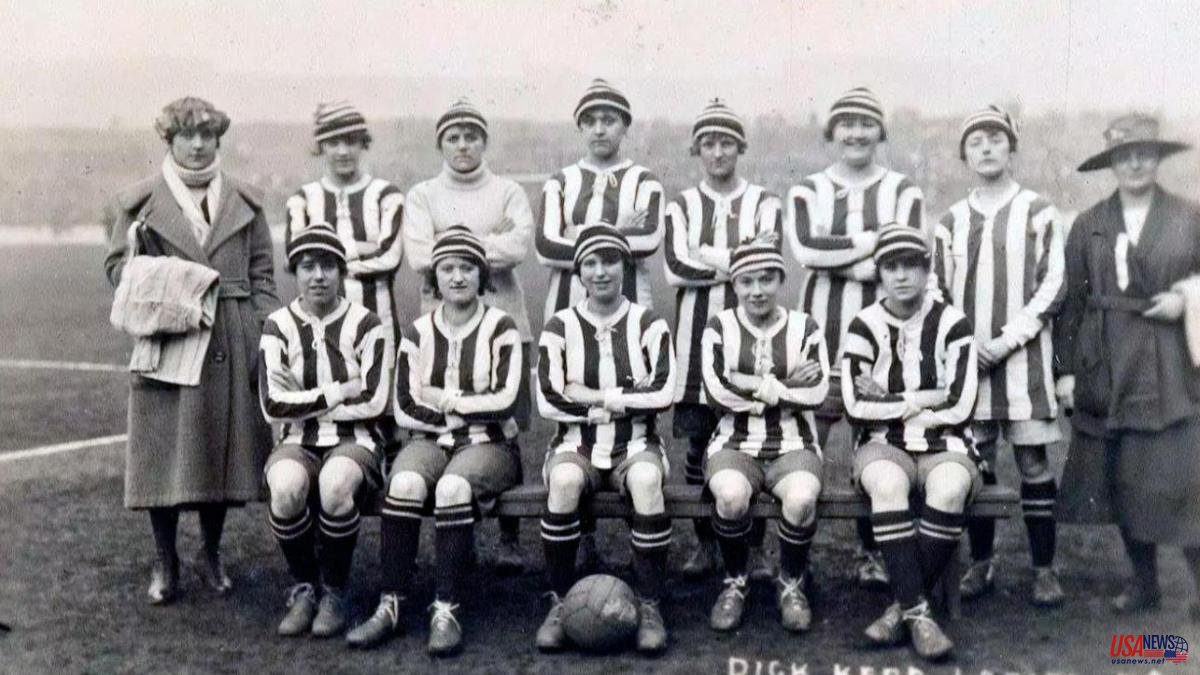 The cradle of football is also the women's. During the First World War, with the men at the front, women began to fill the factories and adapt the customs until then reserved for the male gender, such as the practice of this popular sport. Just as it did with men, it quickly spread among women, giving rise to teams that lasted over time. The most famous of them all was the Dick, Kerr Ladies, founded in 1917 by the women workers of the Dick, Kerr factory.

They played some 800 matches between their creation in 1917 and their demise in 1965, most of them victorious, and the public flocked to see them. According to British historians, one of his matches against St Helens on Boxing Day in 1920 drew more than 53,000 people to Goodison Park, a record attendance that stood for decades. These pioneers were also the protagonists of what is considered the first international women's football match, when representing England they faced France in a friendly in April 1920 attended by more than 25,000 people. The image of the two captains kissing each other on the cheek in the initial greeting is one of the most iconic of this era.

With the end of the First World War, women returned to domestic life and their practice of this sport began to be questioned. Taking advantage of the criticism, and fearful that the popularity of women's football would reduce the visibility of the men's league, which was in the process of expansion, the FA (English Football Association) made a drastic decision. On December 5, 1921, women's football was banned in England under the premise that it was "inappropriate for women", and dictated that it should not be promoted, prohibiting clubs from giving their pitches to women.

It was not the only country that did it, in Germany this sport was prohibited from 1941 to 1970 and the Spanish Federation would not officially recognize women's football until 1983. The FA's veto was in force for half a century, until 1970 and despite the fact that they have After 52 years, the issue still rankles in English society, which continues to fight for its pioneers to receive the recognition they deserve. And it is that the FA took until 2008 to issue a public apology for its veto on the sport.

A century after the FA banned women's football, England will live this Sunday the sweetest chapter in its long history.

Regardless of the outcome, the women's team will have achieved something that will last, inspiring every girl in the country to dream of following in her footsteps. The Lyonesses will play their first continental final and they will do so against their best rival, the eight-time champion Germany; and in the best possible scenario, Wembley. The game, for which tickets were sold out weeks ago in just minutes, will be the best ticket in the history of a women's football game in England and all English people who cannot vibrate from the stands will do so from their homes, increasing tournament record audiences, or from giant screens like the one installed in Trafalgar Square. A century after the FA ban, the Lyonesses are ready to write the next chapter in their history.